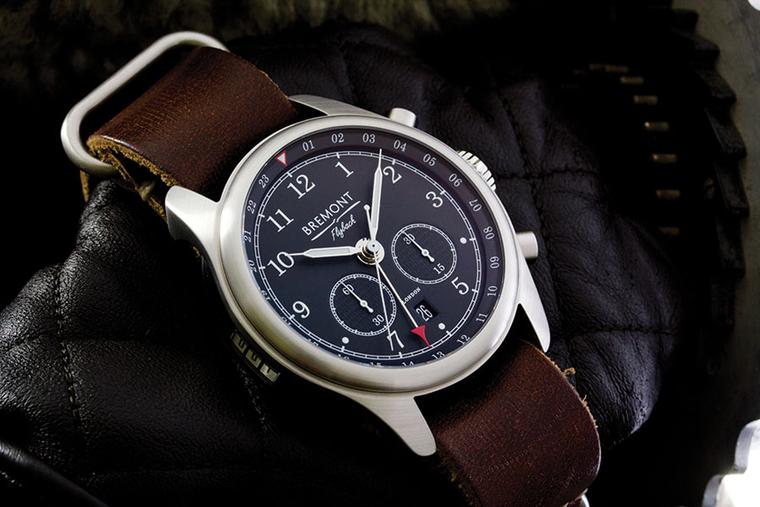 Working closely with the Bletchley Park Trust, the English-owned luxury watch brand Bremont has launched a limited-edition Codebreaker watch that incorporates historical artefacts from the park.

Bletchley played a crucial role in British history. During World War II it was converted into a top-secret codebreaking establishment, where 9,000 scientists and mathematicians used ingenious equipment to decrypt ciphers and codes, including those generated by the infamous German Enigma and Lorenz machines. The establishment saved millions of lives and is said to have shortened the war by at least two years.

The Bremont Codebreaker has been designed in the style of a classic 1940s officer’s watch and is fitted with a unique Flyback Chronograph GMT automatic movement. The rotor balance was inspired by the drums on the Bombe machines, which were responsible for helping crack the German Enigma codes and developed by two of Bletchley’s codebreaking giants, Alan Turing and Gordon Welchman.

“Mechanically, we have made some considerable movement developments and incorporated materials that have never been built into a watch before,” says Nick English, co-founder of Bremont. “By moving the chronograph dials, building a Flyback Chronograph function and GMT second time-zone, we have accomplished a wonderful mechanical timepiece.”

Authentic Bletchley Park artefacts have been built into the watch, including pine from the iconic Hut 6 – the centre of operations at Bletchley Park – and paper from one of the few remaining punch cards used for data analysis. Part of the Codebreaker’s rotor has been made from the wheel of an original Enigma machine.

240 stainless steel and 50 rose gold Bremont Codebreaker watches will be available, with a percentage of the proceeds going to Bletchley Park to help with the ongoing restoration of the site.