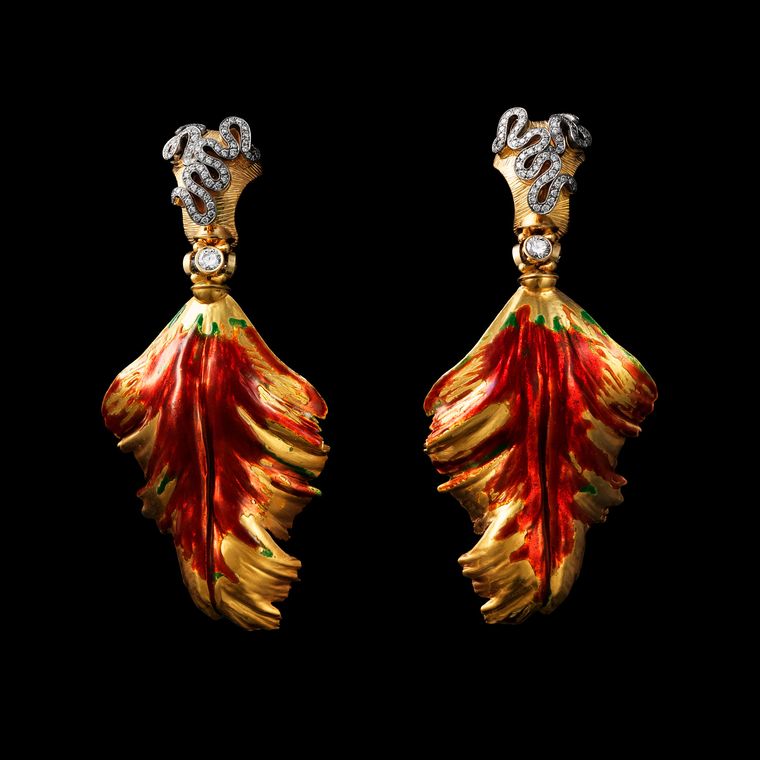 Failure was the springboard for Otto Jakob’s great achievements as a designer and maker of magnificent, imaginative jewels. An art student in 1977, he moved from Munich to Karlsruhe in order to study with the artist Georg Baselitz. At the close of the course three earlier later, he had to acknowledge that he was not going to be a great painter, but nothing less would satisfy his high standards and ambition. So he gave up painting – but not being an artist. This setback was brief and a liberation. An explosion of creativity – study, learning and making – followed.

Taking inspiration from nature, mythology and great works from the past – especially those in Italy since ancient times – Jakob was soon designing and crafting jewels. He uses precious metals, gems, natural materials like wood and even seeds in his work. Imagery is combined in unexpected ways that can take the breath away while also eliciting a smile. Take, for example, the pair of cufflinks, below, from 2015 made of partly oxidized gold, each the shape of the pincer end of a crab claw. Articulated, they evoke a sense of danger but also, as he illustrated them, delight because a pincer has snapped shut holding a delicate flower. (Victim or ornament? To be changed at will.)

Jakob’s work is not only visually exciting. He may be self-taught, but the results are technically highly sophisticated. Most pieces are unique and so, too, is his approach to sending them into the world.  He has never had a shop. He invites interested clients to visit the workshop. The only fair he shows at is TEFAF, in Maastricht, the Netherlands, held annually in March, and now he has been chosen as one of 94 exhibitors for its first satellite in New York. (This autumn fair has a cut-off of 1920. Haute joaillerie, where Jakob is joined by Hemmerle and Siegelson, is the contemporary exception.)

When Georg Baselitz saw the early pieces, he immediately bought some. Then his dealer, Hans Neuendorf, became Jakob’s patron. The gallerist bought pretty much the entire production for several years. Neuendorf kept most, but he also made gifts of Jakob pieces to artists and collectors. When Jakob decided to go it alone, a keen list of clients already existed, and it has grown steadily since. When Jakob first showed in Maastricht in 2008 there was a constant queue of eager buyers outside his stand, and history is likely to repeat itself at the Armory, when many will have their first opportunity to see these contemporary treasures in person. 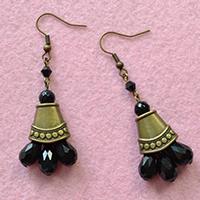 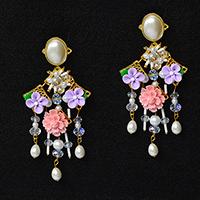