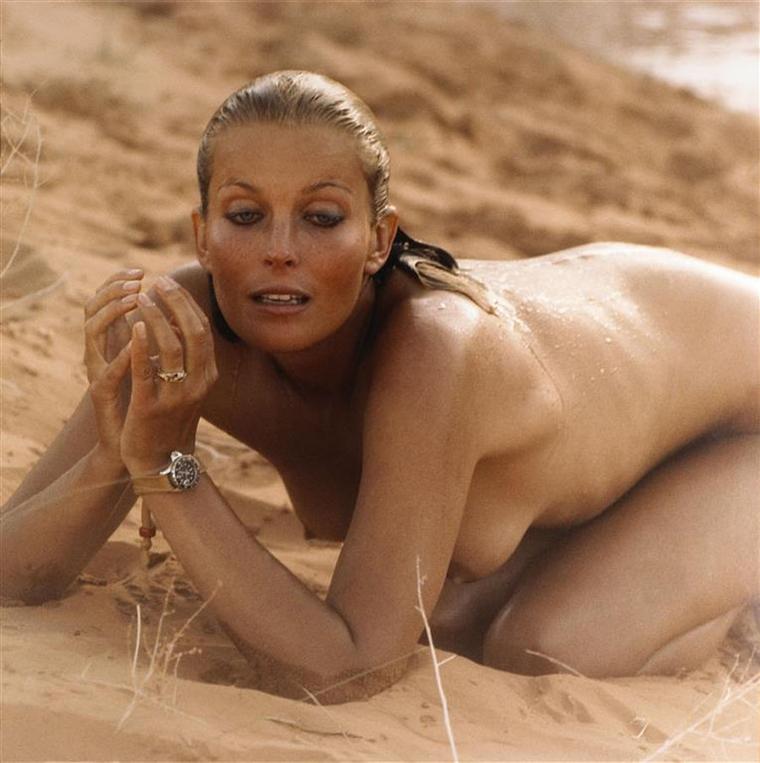 Bo Derek, star of the famous movies ‘Ten’ and ‘Bolero’, was recently in London to celebrate 30 years of the TAG Heuer Aquaracer watch. I had the chance to sit down with her and ask about her relationship with TAG Heuer and, in particular, the Aquaracer, which has been part of her life for a long time.

The Swiss watch house became aware of Bo Derek’s love of TAG Heuer when a photograph from the 1970s came to light from the firm’s archives. It was of Bo on the beach wearing nothing but her TAG Heuer watch. So of course I had to ask her how this watch came to be on her wrist, at the height of her fame, just after the release of ‘Ten’, which she starred in alongside Dudley Moore.

Her neon-blue eyes sparkling, Bo explains that the first she knew of the brand was through her father, a friend of Jack Heuer. They had met during the filming of ‘Le Mans’, when Mr Derek was providing the motorcycles for the film crew and Mr Heuer was furnishing the watches for the stars, including Steve McQueen.

So when Bo finished filming ‘Ten’ and wanted to escape the paparazzi furor that had been unleashed, she and her husband set off for a beach camping holiday in a remote enclave in California. On the way, they stopped at a jewellery shop and her husband bought her a TAG Heuer Aquaracer, a brand she was already so familiar with.

Her husband, with a dash of hippy chic in mind, crafted her a chamois leather and bead strap on which to wear the watch, which matched the bikini he had made for her to wear on the beach. Look closely at the picture and you will see that chamois strap, even if the bikini has been discarded.

Bo told me that she still has the watch and, though she now wears a new Aquaracer, she is still very fond of the original given to her by her late husband. She recently swam across the Hellespont in Istanbul wearing her new Aquaracer. As Bo pointed out: “Well I was, after all, the original Aquaracer girl, so I thought I should wear it for this swim. I am so proud I made it across.”