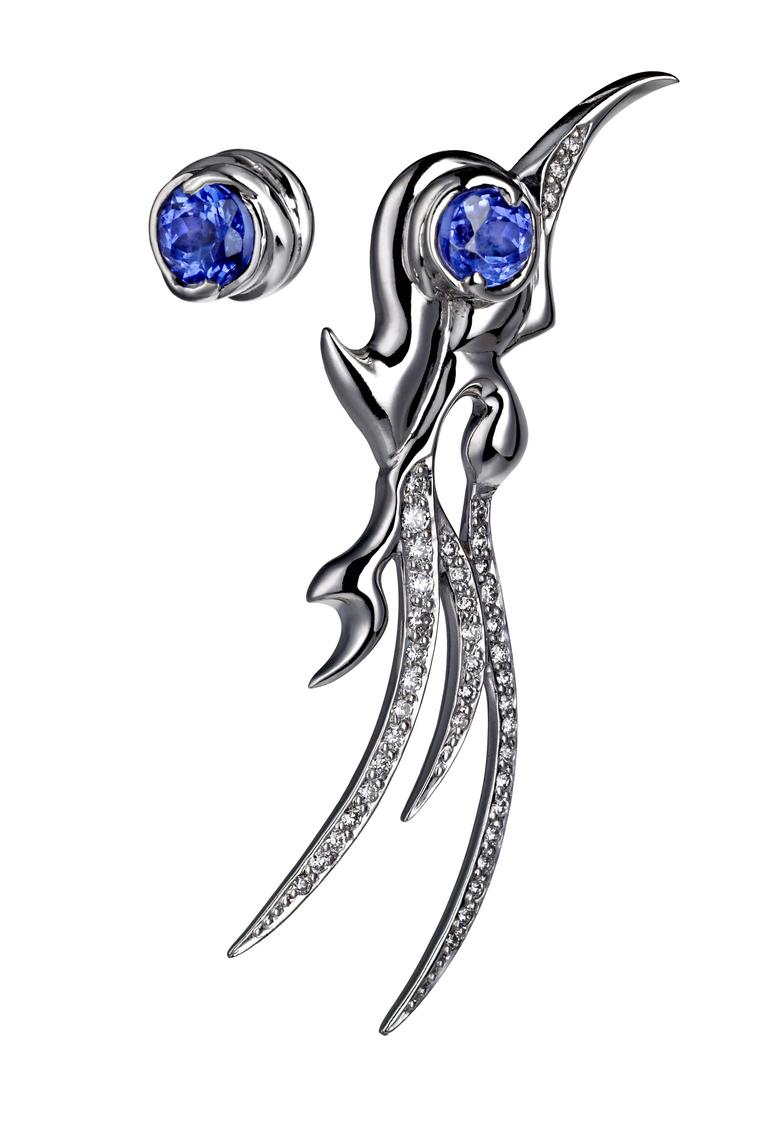 Ana de Costa is part of that rare breed of jewellers who makes us not only sit up and take notice of their incredible designs but also reassess the way we look at the world.

A proponent of spiritual jewellery long before other designers jumped on the bandwagon, her pieces have a mystical dimension that transcends their physical beauty.

Just a few years after her graduation from Central Saint Martins, British Vogue named Ana a “Bright Young Gem” and she won the “Young Designer of the Year” accolade in 2008 at the UK Jewellery Awards. However, the road to success has not been without its risks, and her achievements are even more admirable when you consider that, unlike many other talented young jewellers, she started The House of Ana de Costa without any outside financial investment.

Upon graduating from her course in goldsmithing and jewellery design, Ana invested all her spare cash in stock and built up an impressive collection of loose precious stones and collection pieces. She tells The Jewellery Editor: “I’m proud to say that nobody owns me or my stock, which is frankly a tough position to be in these days. I guess it was easier for me at the time because the price of gold and diamonds was a fair bit lower and I was young so your sense of risk and perspective of what could go wrong is a lot less than when you get older – you have less to lose.”

In the early days, Ana “networked like crazy” and also teamed up with other jewellers, including her close friend and fellow British jeweller Shaun Leane. She credits Shaun with teaching her how to run a business that combines professionalism and integrity.

A keen traveller, Ana describes herself as “spiritual, freethinking and unconventional” and these qualities come across in her work, which is heavily inspired by spiritualty and mysticism. Past collections have been based on Tarot cards, Alchemy and Magik, and her latest, entitled Spiritual Henna, is inspired by the intricate henna designs that are used to decorate the body in Indian and Arabic cultures.

The back of the pieces are engraved with some of Gandhi’s most famous and powerful quotes, including Ana’s favourite: “We must be the change we wish to see”. This quote was also the starting point for the impressive 20 carat emerald earrings that Ana created together with ethical mining company Gemfields in 2011.

Collaborations have been a constant feature in Ana’s career so far; as well as Gemfields she has also worked with Swarovski, The Woodland Trust and a mathematics professor at Cambridge University with whom she created bespoke working sundials. Ana says: “Collaborations help raise the profile of The House and also allow me to work on exciting new projects – they give me something new to talk to the press about.”

The Gemfields emerald earrings are a case in point as they garnered a lot of publicity after being worn to the 2013 Oscars by the wife of music producer Paul Epworth, who, together with Adele, won the gong for the theme tune to Bond movie Skyfall.

Ana’s choice of materials reflects The House’s luxury ethos and she works with an array of precious stones, including white and natural fancy coloured diamonds, tsavorite, tanzanite, mandarin garnet and emerald.

Tsavorite feature heavily in Ana’s work and she readily admits to an ongoing fascination with the vivid green gem: “They remind me of kryptonite. They have an amazing ethereal glow about them and can refract light like a diamond. One of the other main attractions for me is that tsavorite is loupe clean – free of any internal inclusions – and truly striking when set in 18ct yellow or green gold.”

Creative surroundings feed a creative mind so it is fitting that Ana’s studio is based in a 3,000 sq ft 1950s warehouse in Helmsley Place in east London, which she shares with her partner who works in the music business. Surrounded by all her inspirational materials and quirky objects, it is where Ana designs her collections and conducts all her business.

One of her projects this year is to craft a limited-edition suite featuring some amazing black Tahitian pearls that she bought at the famous auction in Bora Bora. I don’t need to dust off my crystal ball to hazard a guess that this piece is likely to feature in our round-up of the year’s most spectacular jewels at the end of 2015.