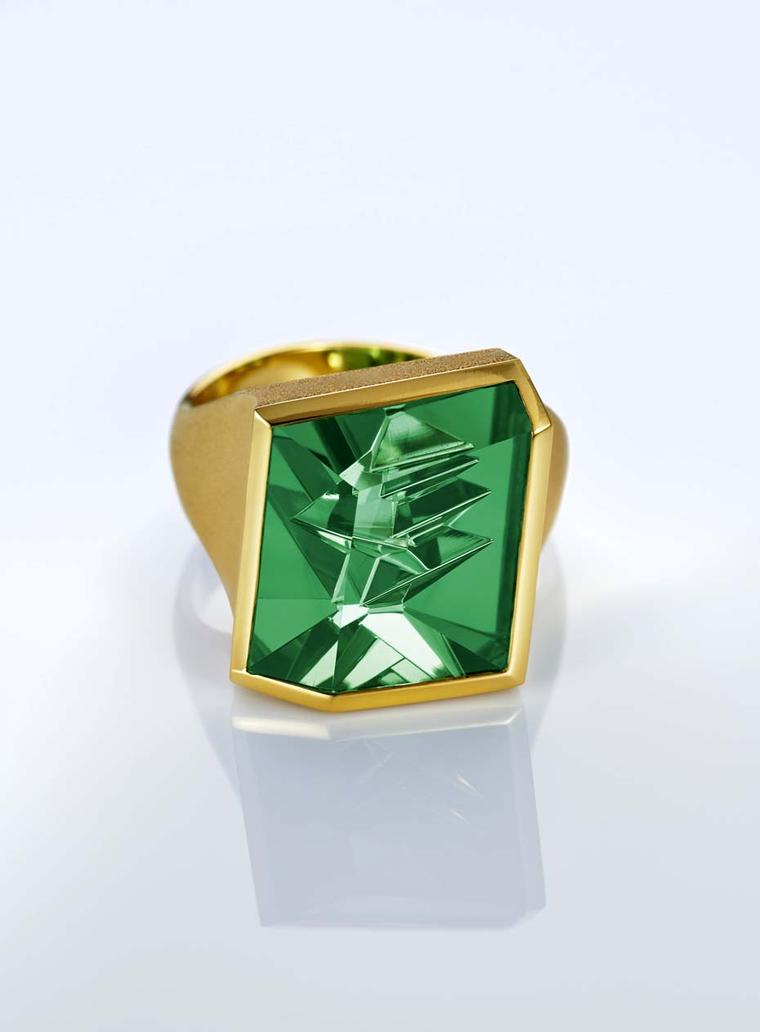 By Åse Anderson in London

“Designing the stone” is the motto at German jeweller Atelier Munsteiner, with an emphasis on cutting gemstones into modern shapes.

Bernd Munsteiner is renowned for his stone-cutting skills, which have even earned him the nickname “the Picasso of gems” among his industry peers. Born into a family of gemcutters, he studied at the acclaimed arts and crafts school in Pforzheim – a town known as the Golden City because of its long history of jewellery making.

Upon learning that the art of cutting and polishing gemstones had remained virtually unchanged since the Renaissance, he set out to develop bold, new techniques. His freestyle approach to gem cutting was initially greeted with scepticism, but then the trend for modernist jewellery took off and Bernd went on to win numerous international awards.

When Bernd started out 40 years ago, he was the first contemporary jewellery artist to use crystals in his work. Focusing mainly on transparent stones, he cut and polished the crystals into sculptural, geometric shapes before setting them in gold or platinum.

Today, his son Tom and daughter-in-law Jutta are also part of the business, each bringing their own set of jewellery-making skills to Atelier Munsteiner. Like his father, Tom Munsteiner is fascinated by crystals and approaches them like a sculptor, cutting the stones into shapes that juxtapose clean geometric lines with softer, more organic forms. While Jutta was initially focused on jewellery design, she has also developed her stone-cutting techniques to create sophisticated jewels for a modern customer.

In rejecting the ideal cut that had dominated the jewellery industry for so long, Bernd Munsteiner went against the grain, but his gamble paid off as Atelier Munsteiner’s gem masterpieces are now coveted all over the world.