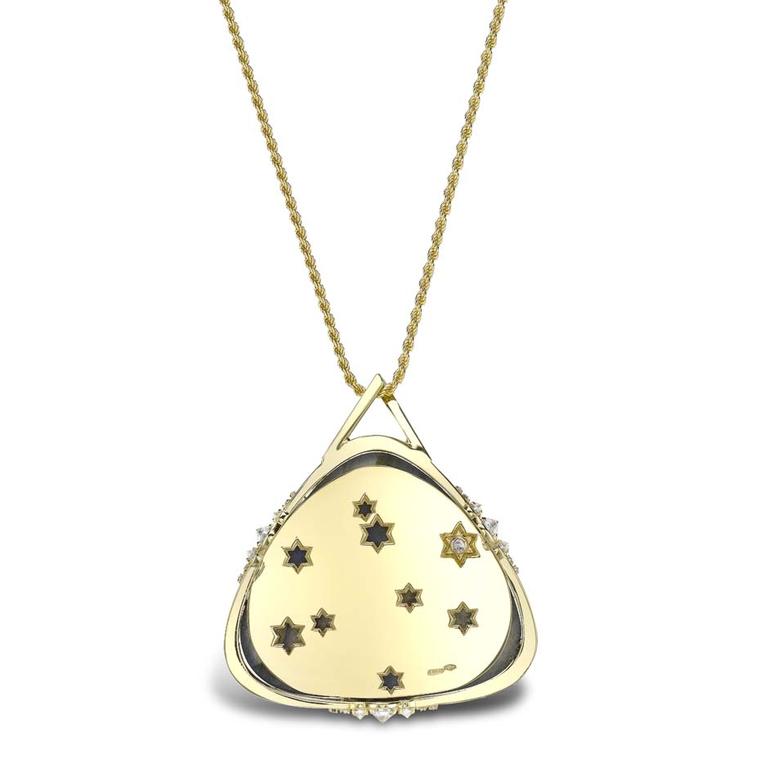 One of the best things about working at The Jewellery Editor is witnessing the surge of new, talented designers rising to the fore.

This year has seen an exceptional array of exciting designs by jewellers who have quickly established themselves as names to watch. We have picked out seven designers who are part of the new guard currently rocking the world of fine jewellery. Cool, confident and stylish, their creations liberally mix ancient and modern influences to turn traditional concepts of fine jewellery on their head.

Educated in Paris and New York, Lebanese designer Noor Fares received the ultimate seal of approval from the fashion world when Chanel maestro Karl Lagerfeld chose to send his models down the catwalk at Paris Fashion Week wearing Noor Fares jewellery. This year saw the launch of the ethereally beautiful Tilsam collection as well as new additions to her signature Fly Me to the Moon collection of diamond-trimmed, carved wing jewels.

Lily Gabriella Elia founded her eponymous jewellery label in 2011 after studying at the prestigious Gemological Institute of America (GIA) and working in the jewellery department at Christie’s Geneva. Born in Brazil and raised in Monaco by a family of renowned jewellery collectors, it was none other than JAR founder Joel Arthur Rosenthal who suggested Lily should start her own collection. Her architecturally inspired designs are bold yet easy to wear and include simple gold knot bracelets and sculpted rings set with pavé rubies, emeralds or diamonds.

Fashion’s loss was jewellery’s gain in the case of Greek designer Eugenie Niarchos, who swapped clothes for baubles after collaborating on capsule collections with Gaia Repossi and Vanessa Seward for Azzaro. Following her training at the GIA, Eugenie launched Venyx jewellery last year. Her latest collection, Theiya, is a futuristic take on the ancient mythological tales of Greek Titaness Theia, who was known as “the mother of light”.

Australian born Jordan Askill also started out in the fashion industry and was a designer for Dior Homme in Paris before moving to London to set up his own sculpture and jewellery brand. Using 3D printing and hand-carved crystal, he creates highly conceptual yet beautifully wearable jewels.

Another exciting name to emerge from the Hellenic Republic is Nikos Koulis, whose dramatic, sensual jewels have quickly earned him an international fan base. Shrinking violets need not apply; these are pieces that will get you noticed. Koulis’ multi-coloured spiky Spectrum cuff, which marries clean lines and sparkly gems to sculptural perfection, stole the show at the 2014 Couture Show in Las Vegas.

British jewellery designer Sabine Ghanem fuses modern elegance with references from the past to create intricate and colourful jewels for her label Sabine G jewellery. Another designer who trained at the GIA, Sabine grew up in Beirut and Geneva and her work reflects that mix of Eastern and Western cultures. Each handmade, antique-inspired piece tells its own fascinating story.

It is hard to believe that it is just over six months since Dutch designer Bibi van der Velden’s humorous and thought-provoking jewels first graced these pages. As a trained sculptor, she uses the same skills to create her jewellery, albeit on a miniature scale with a meticulous attention to detail and often adding an element of surprise such as a ring inside a ring. Her choice of materials include 40,000 year-old mammoth ivory discovered underneath the permafrost in Siberia as well as real scarab beetle wings from Thailand, resplendent in iridescent green.