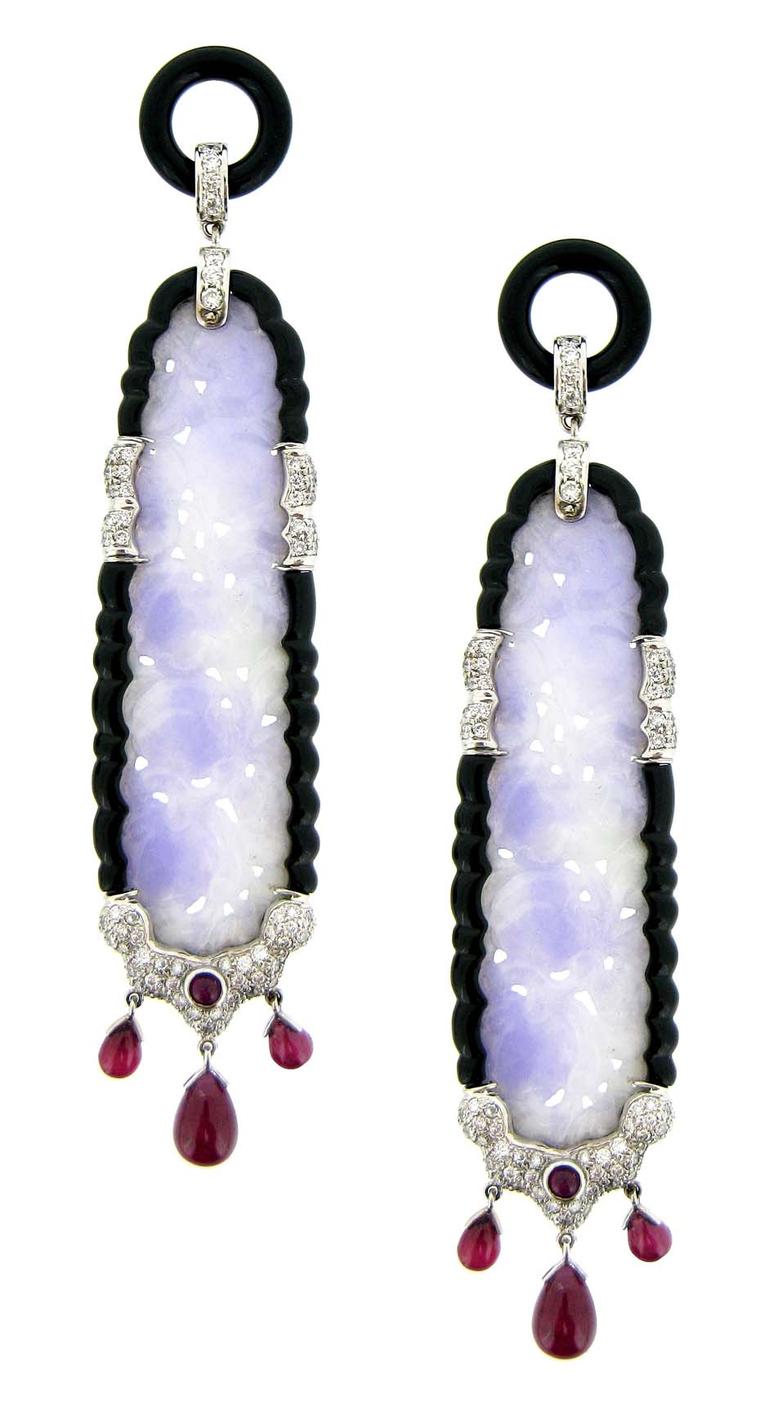 Last year, one of the most important pieces of jadeite jewellery in the world, the Hutton-Mdivani necklace, came to auction at Sotheby’s and was bought by Cartier for just under US$10 million, a record-breaking figure.

In the early 1930s, the necklace, which dates from the late Qing period and might even have been in the Imperial collection, was a wedding present to the Woolworth heiress, Barbara Hutton, from her father, and Cartier was commissioned to create a clasp for it.

The exceptional value placed on the 27 finely textured, highly translucent jadeite beads of perfectly matched colour that make up this necklace, is because every bead would have had to be cut from the same boulder, and their majestic proportions meant this piece of jadeite was a truly exceptional find.

Read about the sale of the Hutton-Mdivani necklace here

Prices for jadeite jewellery have soared in the last couple of years, with the highly treasured translucent green hue achieving million-dollar sums for carved pendants, smaller necklaces and bangles. Jade only entered Western jewellery in the early 20th century, when Cartier used it extensively in its Art Deco jewellery, but it is revered in Chinese society where Confucius praised jade as a symbol of righteousness and knowledge.

Yu, the Chinese word for jade, is one of the oldest in the Chinese language, its pictograph dating back almost 3,000 years. The jade bangle is one of the oldest pieces of jewellery in Chinese culture (at least four millennia) and is customarily thought to influence health and prosperity, and ward off negative energy. Traditional Chinese jade is typically nephrite and found in the Kunlun mountains of western China. Admired for its texture, hardness and smooth glossy lustre, it was carved into tools, weapons and ornaments in antiquity.

However, it was the highly prized, rich emerald green gems found in the remote jadeite mines of Hpakan, northern Myanmar (Burma) that really captivated the Chinese. By the late 18th century, vast quantities were being shipped to the Beijing workshops of the jade carvers. Emperor Qianlong preferred the rich hues of Burmese jadeite and the semi-transparent emerald colour that came to be known as “Imperial jade”, its colour created by traces of chromium.

Imperial jade is, of course, the most rare, but lavender, yellow, black and white jadeite also come from Myanmar, and traders ascribe the varying levels of translucency with categories such as “icy” or “glassy”.

Lavender has become increasingly popular in recent years for its beautiful purple hues and feminine allure. In Hong Kong, where jade has been traded for centuries, the late Edward Chiu, who came from a family of jade traders, was drawn to its rainbow palette, creating artistic jadeite jewellery that played on the soft femininity of lavender, or the striking modernism of black and white jadeite in minimalist and geometric designs.

Samuel Kung is a renowned jadeite expert who has built a close relationship with the jade mine owners in Myanmar. As a contemporary jadeite artist, his lush green designs play on a refined Chinese aesthetic using traditional motifs, but he also likes to juxtapose polished raw shapes with delicate diamond settings.

However, jadeite is still a rare ingredient in Western jewellery, with only occasional appearances, mostly from green or white jadeite. Swiss high jeweller Glenn Spiro combines soft, greyish-blue jade with pink diamonds in a necklace and earring suite that really takes the breath away. It is in Hong Kong, China and Taiwan, though, where the full potential of jadeite is fully explored.