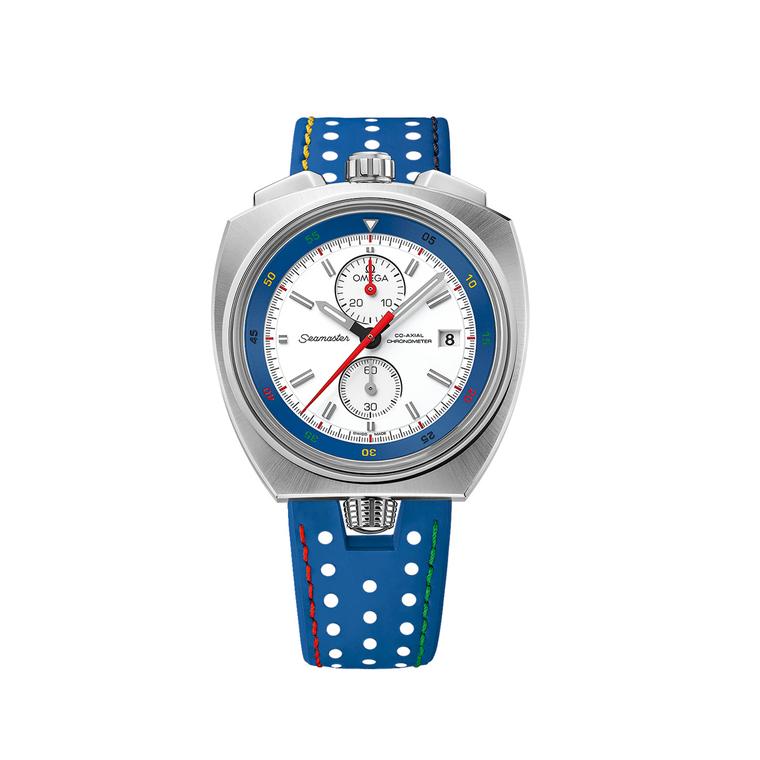 The 2016 Olympic Games are just five months away and, for the 27th time since 1932, Omega watches will be the official timekeeper. Things have changed quite a lot since Omega’s first time at the rodeo when, in 1932, 30 stopwatches and a watchmaker were dispatched from Switzerland to Los Angeles to time the event. If the London 2012 Olympics are anything to go by – in which 400 tons of equipment, 180km of cabling and 850 trained volunteers were enlisted to keep a check on time – Rio 2016 will need an entire village to house Omega’s crew.

To commemorate the occasion, two limited edition Omega watches have been released. The Speedmaster Mark II Rio 2016 chronograph recreates the metals of the victory medals in three sub-dials crafted in gold, silver and bronze. Inspired by a Speedmaster Professional Mark II model from 1969, the new 42.4mm Rio 2016 edition has a barrel-shaped case made of contrasting brushed and polished steel surfaces. In addition to the three medal counters, which stand out very nicely against the matte black dial, the hallmark tachymetre scale of the Speedmaster family is transparent and illuminated from behind. Equipped with Omega calibre 3330, this automatic chronograph with COSC certification has a power reserve of 52 hours and is water-resistant to 100 metres. A limited edition of just 2,016 of these Olympic watches will be produced, ensuring their triumph among collectors.

The second commemorative watch is the Seamaster Bullhead Rio 2016. The distinctive case of this watch harks back to a 1969 Omega chronograph used by rally drivers to time their laps. With a case and dial configuration unlike any other Omega watch, the original 1969 Seamaster Bullhead is a collector’s trophy – nicknamed Bullhead because of its asymmetrical case crowned by two horns at the top, which serve as pushers for the chronograph.

Decorated with the five colours of the Olympic rings, this vibrant watch with its bright blue interior bezel and aerated strap captures the Carioca spirit to perfection. An Olympian at heart, this watch is geared for top performance chronograph timings and is water-resistant to depths of up to 150 metres. The 43 x 43mm stainless steel case is equipped with calibre 3113, an automatic chronograph movement with Co-Axial escapement, COSC chronometer certification, and a power reserve of 52 hours.