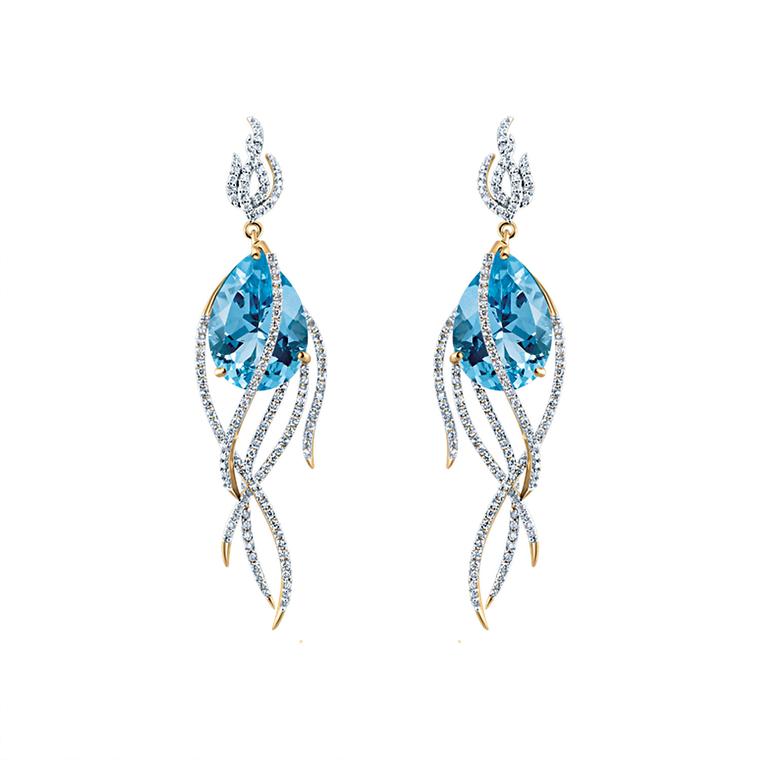 Set up in 2014 by former human rights lawyer and political scientist Priyanka Murthy, Arya Esha has quickly established itself as the red carpet jewelry of choice for celebrities such as Jennifer Lawrence, Julia Roberts and Clare Danes.

In the ancient North Indian language of Sanskrit, Arya Esha means Goddess of Truth, and this line of jewelry is inspired by the quest for truth and meaning that unites people from all walks of life, in every corner of the globe.

Growing up in a family of diamond jewelers, Priyanka started designing at an early age and it was a passion she held onto throughout a career that saw her participating in human rights law missions in Africa, and evaluating complex political questions as a Fulbright Scholar working in Europe.

“I knew I had an artistic side because I would consistently win drawing and painting contests but I never formally cultivated it,” says Priyanka. She adds that although she loved law as a discipline, the practice of law ultimately left her feeling unfulfilled. “The turning point came when I designed an engagement ring for a friend of a friend and his fiancée loved it. The fulfilment I got from doing that drove me to give jewelry design a serious look in terms of a new career. The analytical businessperson in me did the market research and found that I could not only make a living from jewelry design but also build a viable business. So, in late 2014, I launched Arya Esha and have never looked back.”

Priyanka describes both her jewelry designs for Arya Esha and the women who wear them as “sophisticated and classy with a dash of rebellion”. Less than two years after the initial launch, she has already been the recipient of several prestigious awards including the 2016 American Gem Trade Association Spectrum Award and the JCK Rising Star Award.

Priyanka strives to use only ethical materials in her jewelry creations, including recycled metals as well as ethically sourced gemstones and conflict-free diamonds. She says: “I try to source the stones as directly from the original source or country of origin as possible. So, for example, the tanzanite I’ve used in recent designs I sourced from an independent mine near Arusha, Tanzania. I went directly to the mine and saw how it was dug up. Additionally, I read country reports and official industry guidelines regarding the basic standards for deeming a material Fairtade or conflict-free. There are objective metrics and standards that need to be followed.”

Going forward, Priyanka plans to add more designs to the successful Galaxy collection, this time crafted from gold and diamonds. She adds: “Another goal is to focus on more smaller, everyday pieces, such as studs and stackable mini rings, which will compliment the statement pieces we already do so well.”