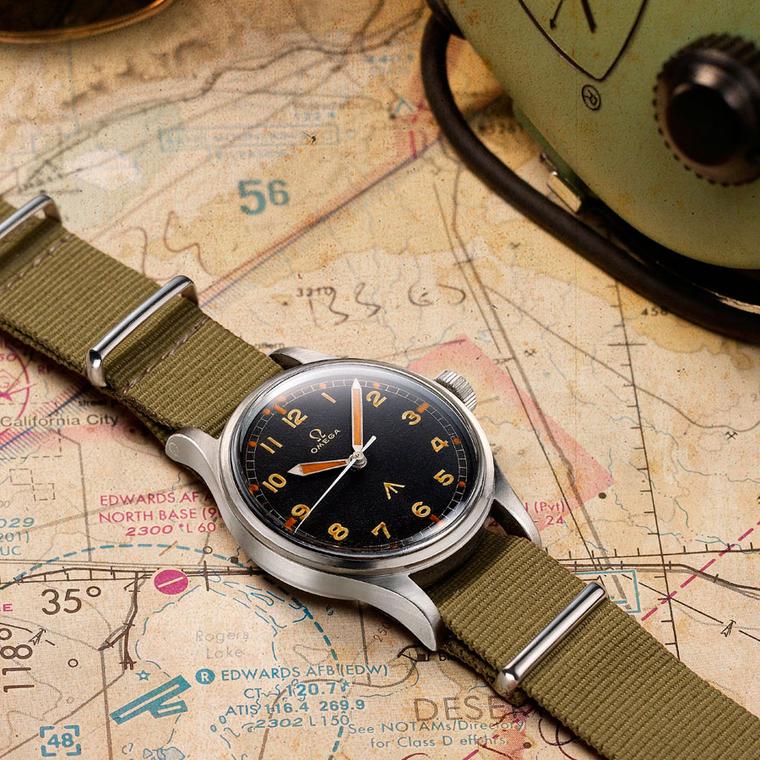 It’s all about customizing your watch these days, and the easiest, fastest and cheapest way to change the personality of your daily companion is to switch the strap. Everybody in the watch world is on board with this latest trend, and a revival of nylon NATO straps is in full swing. Originally designed for the British military, this trustworthy ally enters the civilian sphere with its cool military credentials intact.

Contrary to popular belief, the NATO strap has nothing to do with the North Atlantic Treaty Organization; it is quite simply a cheap, resilient, expandable, waterproof nylon strap with a basic buckle that was the standard watch strap issued by the British Ministry of Defence in the early 1970s to British soldiers. The reason it ended up being known as a NATO strap was a direct reference to the 13-digit NATO or NSN stock number used to identify this type of strap.

The particularity of the NATO strap is its length – on average about 28cm – allowing one standard length to fit all wrists and for the wearer to expand or tighten the strap accordingly. Unlike most watch straps, which come in two separate pieces and are attached to the lugs, a NATO strap is looped or threaded through both lugs and the back of the case so that if one of the lugs or spring bar breaks, the watch is safe. The extra bit of nylon is folded and secured in place with a keeper so nothing is left flapping around.

Such is their popularity that Omega has dedicated a section of its webpage to NATO straps and shown the world how cool its watches look when paired with them, including the Seamaster 300, the James Bond watch worn by Daniel Craig in the film Spectre.

One of the first brands to reintroduce fabric straps in 2010 was Tudor, sparking a trend that has swept through the watch world like wildfire.  Although Tudor’s fabric straps are not made from nylon and are hand-woven in France using a Jacquard weave, the look is definitely NATO.  Beyond its line-up of virile action watches, even Tudor’s vintage-looking Heritage Advisor watch, with a rich cognac coloured dial and an in-built alarm function, is presented with an additional silk strap.

The other great thing about NATO straps is that they look good on just about every kind of watch, including this model by Chopard made in honour of the 10th edition of the Grand Prix de Monaco Historique, a classic car race that the brand has been sponsoring since 2002. Inspired by the pre-war automobiles that participate in the race, the grey and orange NATO strap picks up on the orange details of the chronograph and the virile, shot-blasted titanium and stainless steel case.

Rado watches are renowned for their minimalist aesthetics and high-tech ceramic cases. The Hyperchrome Ultra Light watch weighs just 56 grams and its pared-down lines and texturised grey dial and case are beautifully echoed in the NATO strap.

And if you are in a DIY mood, and fancy a refreshing change of look for your watch, you will find many online retailers selling NATO straps, with an average price of around £10. All you need to do now is measure the distance between the lugs of your watch and let your fingers do the walking.