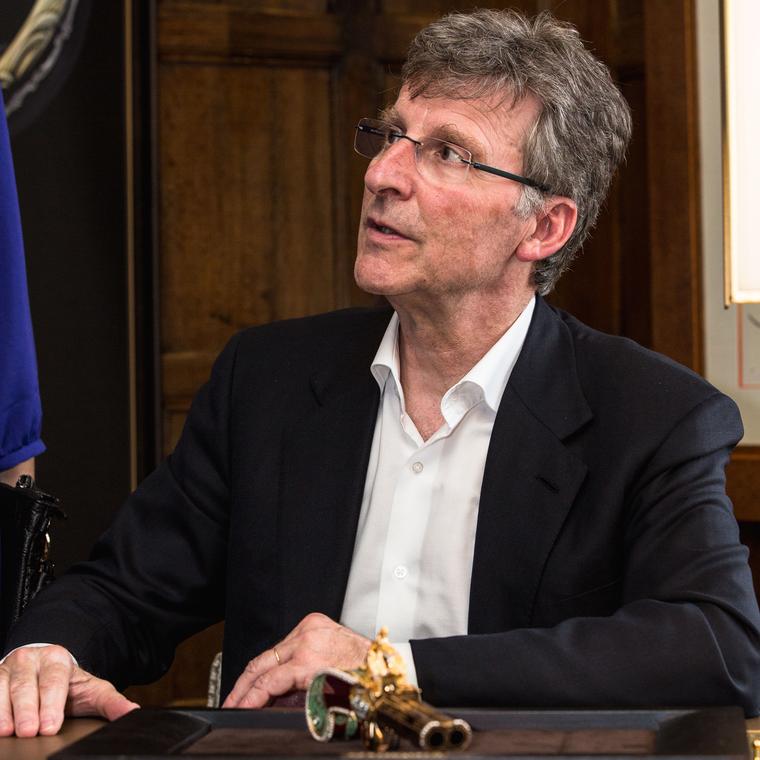 As a world-renowned restorer of ancient artefacts, Michel Parmigiani has worked on more old watches than any other watchmaker. Swiss-born, he has built his reputation on watch restoration, bringing mechanical masterpieces from bygone days back to life – in particular the Maurice Yves Sandoz collection, the greatest collection of pocket watches and automatons in the world.

Automatons are mechanical objects, usually in the form of humans or animals that, once wound up, perform movements or little tricks, such as a tightrope walker, a bird-shooting pistol, or a lifelike miniature peacock. Seemingly quaint to us today, they were the rocket science of their age and the ultimate indulgence of the wealthy, looking to be titillated by the mechanical genius of master watchmakers.

The owners of the Maurice Yves Sandoz collection, recognising Michel Parmigiani’s exceptional talent, encouraged him to set up Parmigiani Fleurier in 1996 in the sleepy Swiss mountain town of Le Fleurier.

So what has all of this got to do with that pocket or wristwatch stashed away in your sock drawer? They are also miniature mechanical machines that operate on the same principles but with differing levels of complexity.

“As a modern observer, look closely at the finishes of the case, the dial, and how it is made,” says Parmigiani, to help you work out whether that vintage watch or pocket watch in the attic is a treasure worth restoring. “What has changed the most is that, in the olden days, each piece was a one-off and finished to an extent that is seldom seen today – from each screw in the movement to the case itself.”

Obvious clues, such as the use of gold and precious stones, immediately give an indication of the potential value of the piece. Details less obvious to the expert eye, such as enamelling, engraving or miniature painting, often found on pocket watches from the 18th and 19th centuries, are good indicators of the attention lavished on the object. Personalisation, such as initials, portraits or a coat of arms, suggest a wealthy patron.

But it is not just about the worth of the object, explains Parmigiani: “If it costs 10 times the value of the piece to restore it, that is not reasonable, but people still restore these pieces as they have a strong sentimental attachment to them.”

What is encouraging to know is that almost all mechanical items of a certain quality can be restored, and there are artisans who are capable of lovingly making new cogs and wheels and other components to bring it back to life. If your watch has the maker’s name on the dial or engraved on the movement, it is worth going to them first as some brands are still able to restore their vintage pieces. However, not all watches were signed, and many of the smaller watchmakers are no longer in operation. If you are lucky enough, you may even be able to find the original purchase order, if the company has kept its archives intact.

But it is, of course, a costly process as each restoration project is, by its very nature, a one-off and only a small number of skilled craftsmen have the required knowledge and patience. Parmigiani’s restoration of a highly complex object, such as the Fabergé Imperial Peacock Egg, involved not just engineers but enamellers, goldsmiths and engravers. This famous egg was commissioned by Tsar Nicholas II of Russia in 1908 and, as one of the 57 world-famous Fabergé Imperial Eggs still in existence, is worth a fortune. The latest to be discovered was the $20 million Imperial Egg, which was salvaged from a scrapheap in the American Mid West in 2014.

Another notable restoration project by Parmigiani is the 1815 Frères Rochat pistol, which shoots out a miniature song bird. Pull the trigger and a tiny bird pops out of the end of the barrel and whistles a sweet serenade, flapping his iridescent feathers, tilting his head, and opening his minuscule beak in song. No larger than a walnut, the bird represented the cutting edge of science of his time, created to delight the Ottoman court and add frisson to the flirtations of its ruler. It took Parmigiani’s restoration team 4,000 hours of work to make the bird sing again.

The levels of excellence, genius and creativity that Michel Parmigiani has witnessed in his restoration work guides the range of Parmigiani watches that the firm makes today. Examples with a clear link to the past include the Ovale Pantographe, with its retractable hands inspired by an English 19th century pocket watch, and the Toric Capitole, which tells the time with a rotating satellite, just like the early 19th century Perrin Frères pocket watch. Each watch Parmigiani produces today adheres to the principles of purity of aesthetics and excellence of earlier masterpieces, as you can see in the clean lines of today’s Tonda and Kalpa men’s watches.

So, go rootle around in the attic, dust off the boxes in the cellar, and see whether you have a mechanical marvel worth restoring. And remember Michel Parmigiani’s words: “Only the utmost quality passes the test of time.”