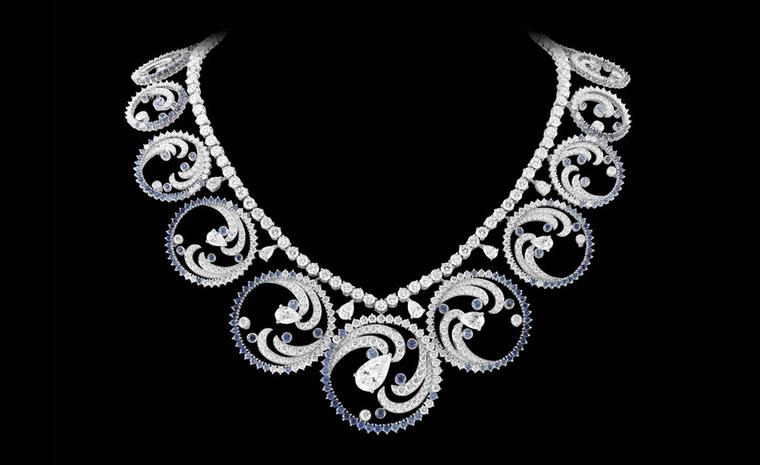 Charlene Wittstock, as of a few hours, Her Serene Highness Princess Charlene, was given Van Cleef & Arpels jewels as a pledge of love from her husband, HSH Prince Albert II. A press release from the Parisian jeweller states that Princess Charlene and Prince Albert chose Van Cleef & Arpels to create a set of jewellery named Océan. The diamond and sapphire necklace, whose name was chosen by Prince Albert, can be transformed into a tiara sparkling with 1,200 precious stones. The Océan jewellery piece will be on show during the L’Histoire du Mariage Princier exhibition, at the Musée Océanographique de Monaco, from the 9th of July until the end of November 2011. The links between Van Cleef & Arpels and Monaco, date back to 1956, the year that Prince Rainier III married Grace Kelly and Van Cleef & Arpels held the honour of being “Official Supplier to the Principality”. Watch the video of how this jewel came to be. [youtube width=”620″ height=”344″]http://www.youtube.com/watch?v=QhWF9l8Cl6w[/youtube]