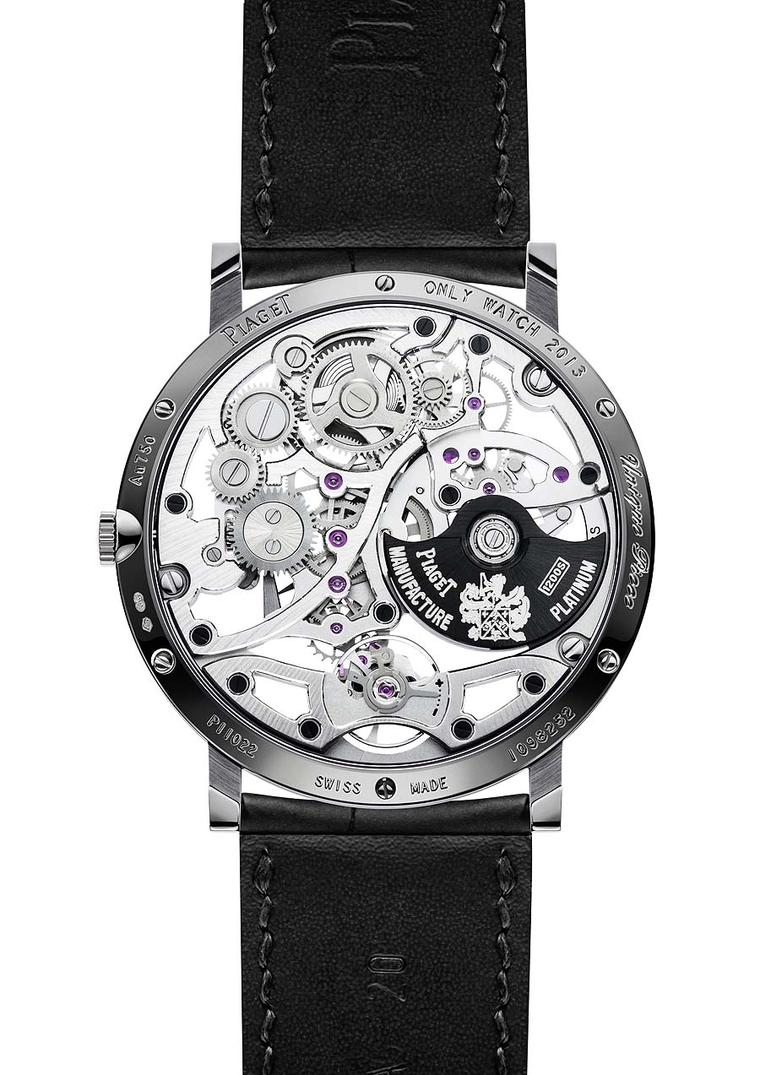 Some of the greatest names in watchmaking have donated an extraordinary array of one-off timepieces to the Only Watch charity auction, which returns this September for its fifth edition.

Held at the Hotel Hermitage in Monaco, the exclusive event is organised by the Monegasque Association against Muscular Dystrophy, The Monaco Yacht Show and Antiquorum Auctioneers. Taking place on 28 September, the bi-annual auction raises funds for research into Duchenne muscular dystrophy, a rare neuromuscular auto-immune disease that affects one in 3,500 boys, with 100% of the money raised donated to this worthy cause.

When it comes to the timekeepers, the bar is always set high. Among the 33 watches up for auction are bejewelled timepieces by Backes & Strauss, grand complications from Piaget, Chopard and Patek Philippe, and some true one-offs, such as the Christophe Claret X-TREM1 pinball watch and Richard Mille RM59-01 tourbillon prototype, which was created especially for reigning 100m World Champion Yohan Blake. This year there is also a stronger female presence, with six watchmakers choosing to donate women’s timepieces to the auction, including Van Cleef & Arpels, Chanel and Frédérique Constant.

From 6 September this unique collection of watches will be travelling to the world’s major cities, attracting hundreds of enthusiasts, connoisseurs and specialists. Starting in Japan, the 2013 Only Watch World Tour will also visit Singapore, Hong Kong, Shanghai, Beijing, New York and Geneva before arriving in Monaco for the Yacht Show and, finally, the auction.

Since its conception in 2005, the Only Watch auction has raised a huge €10 million for charity, and more than €4.5 million at the 2011 event alone. A Patek Phillippe manual winding minute repeater watch was the top lot, raising €1.4 million. In the same year, the Richard Mille RM 027 worn by Rafael Nadal at the 2011 Monte Carlo championships, where he was victorious for the seventh year running, sold for €510,000.