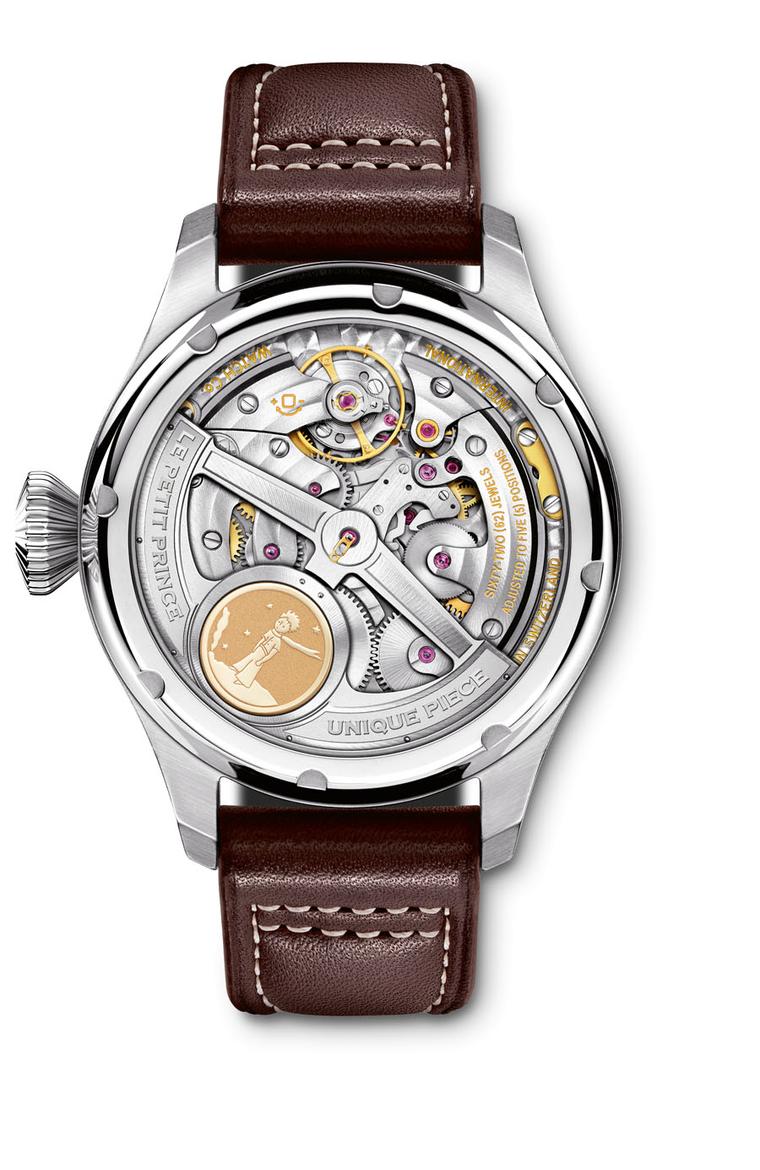 Swiss watchmaker IWC pays tribute to the author and pilot Antoine de Saint-Exupéry on the occasion of the 70th anniversary of his enduringly popular novel ‘The Little Prince’, which has sold an astounding 150 million copies worldwide.

This milestone is commemorated with two new watches: a big pilot’s watch Perpetual Calendar ‘Le Petit Prince’ in red gold, of which only 270 will be manufactured, and a Mark XVII edition ‘Le Petit Prince’ pilot’s watch in stainless steel, limited to 1,000 pieces. A further one-off platinum version of the Perpetual Calendar, valued at CHF 78,000, has been donated by IWC to raise funds for the Antoine de Saint-Exupéry Youth Foundation at Sotheby’s sale of Important Watches in Geneva on 12 November 2013.

IWC has been collaborating with the Antoine de Saint-Exupéry Youth Foundation since 2006, and part of the proceeds from the sale of these two watches will go to this foundation, which preserves its namesake’s humanitarian ideals by helping children in disadvantaged areas around the world and combating illiteracy.

As a tribute to the French author, pioneer, mail pilot and air-crash survivor, these limited-edition watches are distinguished from the traditional and much-loved IWC Pilot’s watch with charming details. Most notable are the midnight blue dials and a little figure of the Prince standing on top of his lonely planet on the Perpetual Calendar’s moon phase indicator. Our miniature hero is also etched on the rotor of the movement, and a star can be found on the tip of the seconds hand on the Mark XVII.

The quilted brown calfskin strap, with white stitching, is reminiscent of Saint-Exupéry’s flying jacket, and the watches are presented with a special-edition of his novel ‘The Little Prince’ and a reprint of the original manuscript in French, exclusive to IWC.