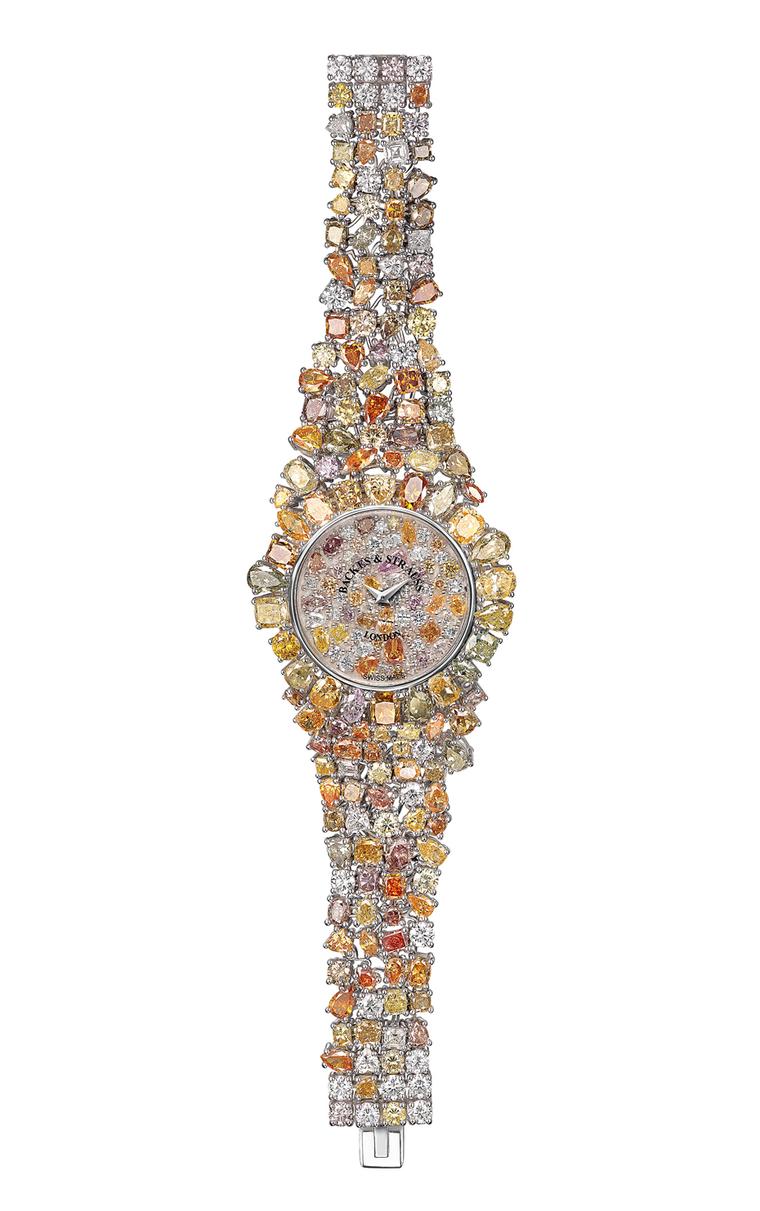 To celebrate its 225th anniversary, diamond specialist and watch house Backes & Strauss has created the Piccadilly Princess Royal Colours, shimmering with 225 coloured and white diamonds that add up to a regal 26.28 carats.

This spectacular watch is entirely covered in diamonds of 66 different hues, all of them of the prized fancy-coloured variety.

What’s more, adding to the illusion of a starburst of colour and light, 10 different cuts of diamonds have been used, including baguette, cushion, marquise, oval, pear, princess, asscher, emerald, heart and round brilliant.

Each stone has been masterfully set to create what appears to be a random pattern but which is, in fact, the result of hundreds of hours’ work by a team of highly skilled master cutters, polishers and gem-setters.

There will be no two alike and, for the moment, just one exists, though Backes & Strauss hopes that by showing such a spectacular example of its craftsmanship it will encourage clients to try more daring styles of diamond watches. Looking at the watch earlier this year in Geneva, CEO Vartkess Knadjian remarked: “It’s better to wear diamonds than to keep them in a safe.”

Coloured diamonds are far more rare than white diamonds, a fact that is reflected in their value, which can be as much as 20 times that of a similar white diamond. To see this quantity of coloured diamonds on a single watch is a celebration of the most magnificent proportions.