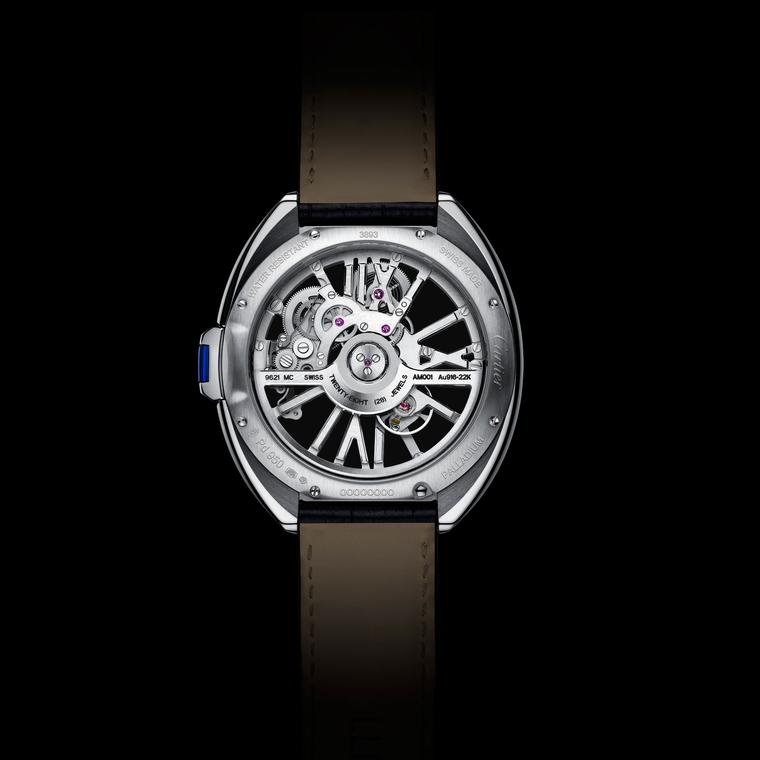 There are still many skeletonised watches to come out of the closet this year, and as masters of the art, Roger Dubuis has made some tweaks on last year’s skeleton watches.

Stripped to its bones, if you like, the automatic movement on the Excalibur model is revealed in all its complexity, including the hallmark star-shaped bridge – reminiscent of a spider’s web – which holds some of the vital components in place. Protecting its nudity, the new 42mm timepiece has been given a suit of mottled-grey, carbon fibre armour – a high-tech composite officially known as sheet moulding compound (SMC). This lightweight and extremely hard material used in the aerospace industry can be bent into complex shapes and lends this Roger Dubuis watch an avant-garde, technical look.

Cartier launched the Clé de Cartier collection in 2015 and named it after the rectangular, sapphire-studded winding crown on the case, inspired by traditionally wound clocks. We’ve seen many declinations of these Cartier watches, but the 2016 Clé Automatic Skeleton model introduces the Maison’s first skeleton movement with automatic winding. The large Roman numerals, which define so many of Cartier’s creations, function as bridges for the movement. Behind the profile of the majestic numbers you can see calibre 9612MC at work, including the skeletonised gold rotor.

For a company that has been making pilot’s watches since the dawn of aviation, we expect to see lots of vintage-inspired IWC watches at its booth this year. And as it’s the “Year of the Pilot” at IWC, the brand has unveiled two huge Big Pilot’s Heritage watches, one measuring 55mm and the other 48mm in diameter. Both are inspired by a model made by the Schaffhausen manufacture in 1940, replete with vintage touches and even propeller-like hands and leather straps. The Heritage watches are designed to fly you back in time to the pioneering days of aviation; the plus side is that the technology is 21st century.

Montblanc treads the path of classicism with two newcomers to its Heritage Chronométrie collection. The 40mm stainless steel Twincounter Date model has a strong retro appeal and its lines were inspired by a Minerva chronograph of the 1950s; the movement, however, is a brand new date complication developed and manufactured in-house by Montblanc. Unlike most date counters that appear in small apertures or windows, the Twincounter places the date in a subdial on the right side of the margin and is perfectly counterbalanced by a small seconds subdial at 9 o’clock.

The 42mm red gold Montblanc Chronograph Quantième Annuel is a more complex watch and combines a chronograph with an annual calendar that only needs setting once a year at the end of February. The copious information of the chronograph and annual calendar on these Montblanc watches – including a Moon phase complication – is neatly displayed on the dial, making it easy to consult.