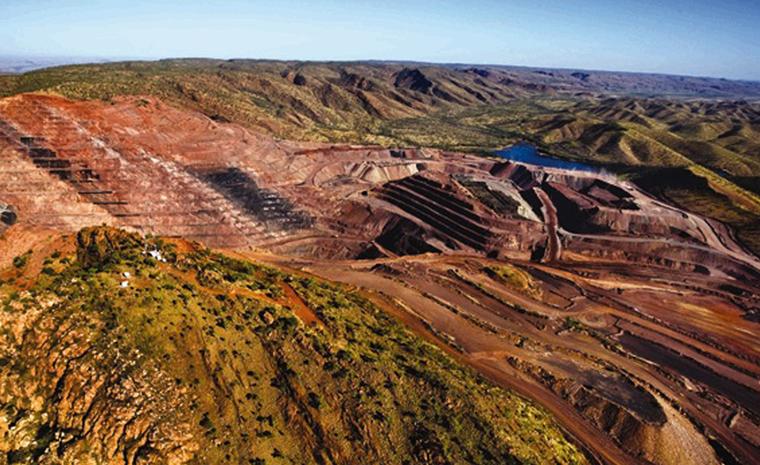 Calleija’s pink diamonds make the perfect engagement ring whether it is a rare rosy centre stone you are after or pink accents to warm up an icy white solitaire.

Here are this Australian jeweller’s latest offerings that add a whole new dimension to the engagement ring hunting experience. But pink diamonds are not limited to engagement rings and perhaps just the thing for the woman who has it all. And how many ladies do you know who own a pink diamond tiara?

Bear in mind that pink diamonds are more expensive than their white counterparts which is why The Queen has a bracelet of all pink diamonds and Jennifer Lopez has a pink diamond engagement ring from Ben Affleck.

One carat of a pink diamond can be worth between 20 to 40 times more than a carat of an equivalent white diamond. Calleija’s pink diamonds come from the Argylle mine in Western  Australia 2,500 km from Perth and is owned and run by Rio Tinto. On an average year, only 65 pink diamonds will be on tender totalling but 60 carats of the mines total production. For every million carats of rough diamonds produced at Argyle, less than one carat will make it to this tender. Or to put it more visually, it takes seven pickup trucks of diamonds to produce one ashtray full of pinks.

So rare are pink diamonds that the pick of Argyle’s yield does a world-wide bidding tour, and in true international thriller style, for security reasons, the locations are only announced at the last minute and include Perth, New York, London, Hong Kong, Tokyo and Sydney.

One hundred buyers are invited to view the stones and make their sealed bids, one of which is Calleija. Prices vary with the uniqueness of each Argyle pink diamond but have sold from tens of thousands per carat to over a millions dollars a carat. This places them in the category of the most concentrated form of wealth on earth.

But don’t expect knuckle-duster diamonds in pink nor anything like the golf ball sized “Pink Panther” stone that had Peter Sellers’s Inspector Clouseau in a spin. They tend to be around 1 carat and the best the colour of a drop of blood. If you hold the stones to the light the experience is like anything from looking into a jar of raspberry jam to delicate cherry blossom fluttering in the sun.

The criteria for this cherry picking is based firstly and most importantly on intensity of colour, followed by size which is normally over half a carat, cut and last of all clarity. The Argyle open pit mine that produces the pinks is two kilometres long and one kilometre wide and an underground mine is being constructed underneath before this source is depleted. Argyle produces over 90% of the world’s pink diamonds and is predicted to soon be depleted so unless another source is found in the meantime, this means the supply will run dry.

In 1979 diamonds were discovered in an anthill in the area and in 1983 the Argyle mine was opened. The Aboriginals believe that the colours of the diamonds come from the scale of the barramundi fish, with pink diamonds coming from the heart.

Before then, pink diamonds have also been found in Brazil and India but usually randomly in river beds and are known as alluvial. They are thought to formed by a distortion in the molecular structure of the stone caused by the huge force exerted on them when they exploded out of the earth’s mantle through volcanic activity. In other words, they are particularly stressed diamonds with a warped grain to their chemical bonds, which means that cutting them is particularly challenging as they are prone to fracturing.