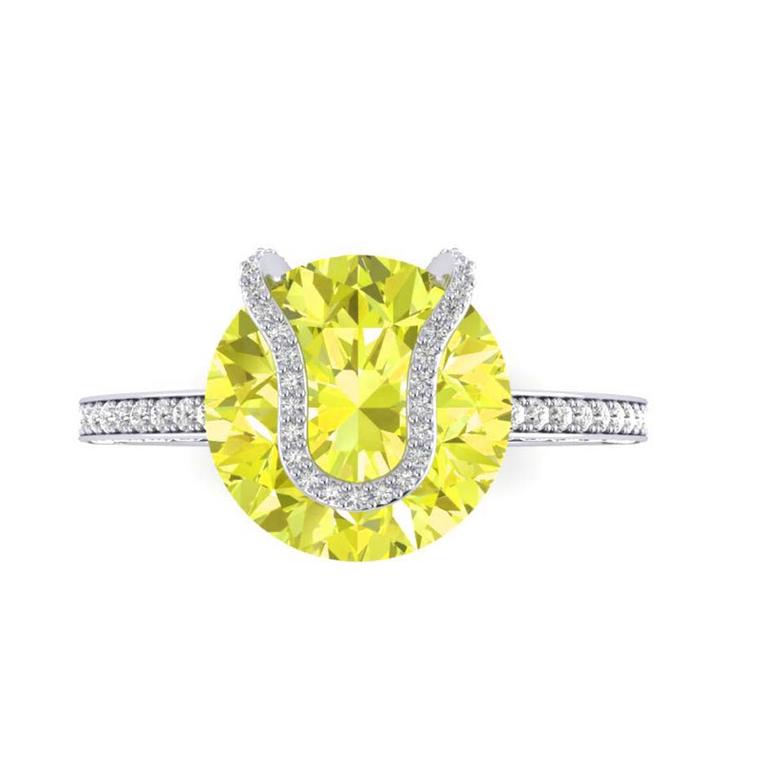 Andy Murray’s hopes of defending his title as Wimbledon champion have been sensationally dashed, but if the tennis ace wants to lift his spirits by proposing to long-term girlfriend Kim Sears, we have found the perfect ring.

An ace ring for tennis fanatics with an intense two-carat yellow diamond, Rare Pink proves that perfect matches can be played off the grassy courts of Wimbledon. The extremely rare yellow diamond, similar in colour to a tennis ball, is conceived as an engagement ring and offset with a flourish of smaller white diamonds.

The ‘will they, won’t they’ speculation has been rife in the run-up to the championships, but Murray has remained characteristically tight-lipped about any plans to pop the question.

But this tennis-inspired engagement ring could be the one to push him in the right direction. Designed to look like a bright yellow tennis ball, it features a very rare two-carat intense yellow diamond as the central stone. The platinum ring is also adorned with 1.50 carat of smaller diamonds, both in the setting and the shank. The rarity of the central diamond means the ring would fetch a cool £80,000 if it were sold on the open market.

The ring was designed by London-based jeweller Rare Pink, which specialises in custom designed and ready-to-wear engagements rings, set with ethically sourced GIA graded diamonds. Named after the founders’ passion for rare pink diamonds, every custom-made order over £3,000 comes with a free pink diamond that can be set into the ring or supplied separately.