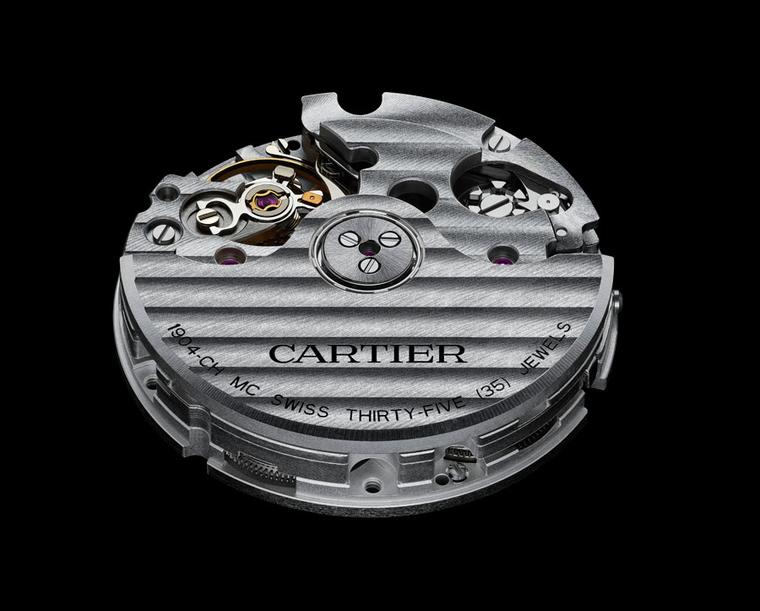 The calibre 1904-CH MC is a brand-new Manufacture movement that ensures an unprecedented level of watchmaking precision for the Calibre line. The 11½-line 1904-CH MC incorporates two barrels that balance for constant mainspring torque over longer periods of time, making for improved chronometric precision and exceptional timekeeping. Replacing the traditional self-winding mechanism with an inventive click system, the chronograph has an increased winding speed, with an oscillating weight that automatically winds the movement, whatever the direction of its rotation.

Available in eight different models, the Chronograph collection reinforces the Calibre de Cartier’s reputation for combining solid timekeeping with sturdy craft. From the classic all-steel version to the striking gem-set edition in white gold, each is beautifully built and lavishly finished, with a distinctive bold XII oversize numeral, set off by the two counters, and graduated rail-track in the bezel.

Next to the high-jewellery delights of Les Heures Fabuleuses, the Double Mystery Tourbillon and one unmistakable panther, the Caliber de Cartier Chronograph took to the floor in a more understated fashion at this year’s SIHH show. But all dark horses do. As Cartier celebrates yet another first in watchmaking, the new Calibre de Cartier Chronograph impresses with its quiet confidence and effortless style.