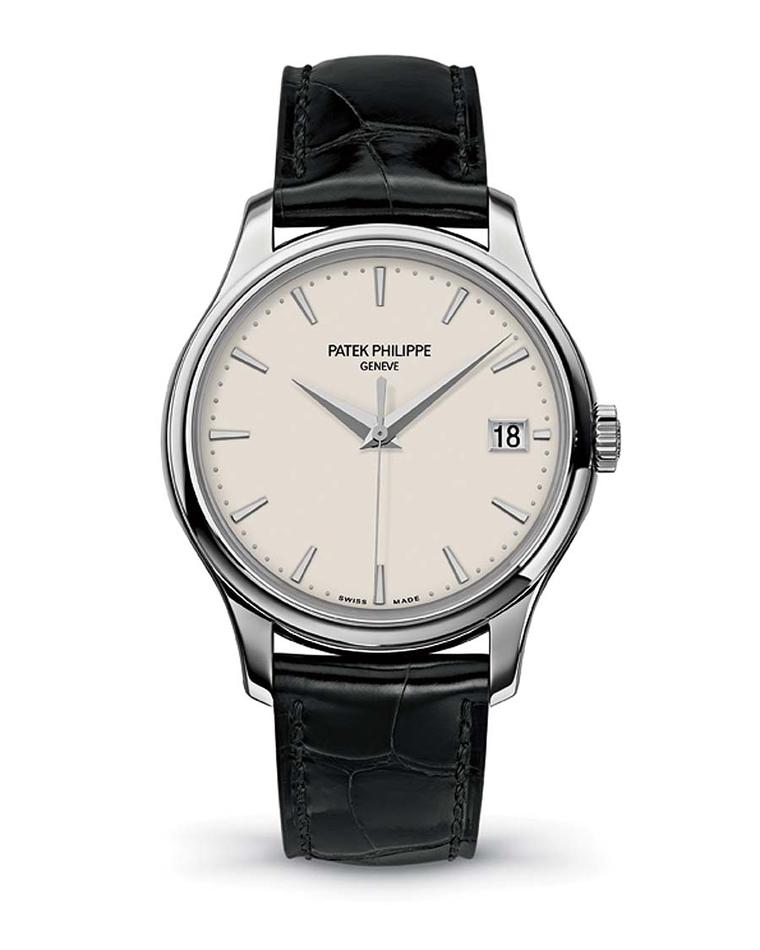 The ‘less-is-more’ design philosophy poses a few problems when it comes to luxury watches. On the one hand, it’s neutered by the arcane beauty of, say, the hand-decorated movement of A. Lange & Sohne’s 1815 Rattrapante Perpetual Calendar, but on the other it’s rendered beyond reproach by the glorious reductionism of a true dress watch, where less can so often be more.

Some of the new dress watches at this year’s Baselworld watch fair prove the point. Take, for starters, Zenith’s rose gold Captain Central Seconds, a watch with which I am currently having an imaginary but very satisfying love affair. Boasting no more than three hands, a date window and just the right amount of syrupy gold, it’s got black book written all over it. Underneath its dial – the ‘champagne sunray’ is my favourite – beats Zenith’s Elite movement, a slender automatic that’s just 3.47mm thick. Wear it with a blue suit and a white cuff. You’ll never feel more sophisticated.

Talking of super-slim pieces, I was also taken by Chopard’s L.U.C XPS. The L.U.C collection is Chopard’s flagship line, featuring movements conceived and built in its Fleurier manufacture. Thanks to its micro-rotor, the automatic calibre in this piece is skinnier even than the Elite, measuring 3.3mm tip to toe. Incredibly, this discreet feat of engineering pumps out 65 hours of power.

No piece on dress watches would be complete without mention of Patek Philippe, whose Calatrava Ref 5227 has a trick up its sleeve – an officer-style dust-cover case back that’s hinged from the inside so as to be almost invisible when closed. Such a thing is totally superfluous in this day and age (it was originally designed for pocket watches, long before sapphire crystal case backs), but that’s also the point, and for that it’s rightly been singled out as one of the fair’s top trumps.

Also on my list of dress watches to lust after at Baselworld were Hermes’ 38mm Arceau Le Tempus Suspendu, which follows on from a piece launched two years ago that can ‘suspend’ time at the push of a button; Bulgari’s reinvented round-cased Roma, which just about manages to do flair with modesty; Frédérique Constant’s Slim Line Moonphase Manufacture, which gives added credence to the brand’s ‘accessible luxury’ mantra (watches with an in-house moonphase movement that retail for £2,500 – you can count them on one hand); and Glashutte Original’s Senator Chronometer Regulator, a watch from a brand we really need to hear more of in the UK.