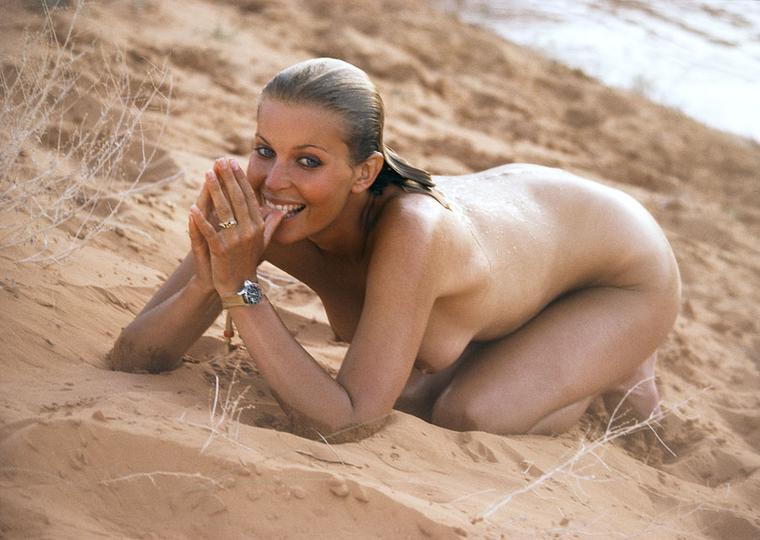 The iconic image of Bo Derek on the beach, wearing nothing but her TAG Heuer watch, has become synonymous with the Aquaracer. Back in the days when celebrity endorsement was all but unheard of, Bo became the long-limbed, fresh-faced poster girl for the brand’s new sporty timepiece, which launched in the early 1980s.

The watch she is wearing was actually a precursor to the Aquaracer – a gift from Bo’s father, Paul Collins, on the occasion of her 22nd birthday. Jack Heuer, the brand’s Honorary Chairman and principle designer of the Aquaracer, recommended the watch as a suitable gift. He also arranged for a discount, which prompted Bo’s husband John to send Jack a thank you card – enclosed with the now legendary colour slide of Bo.

From one prodigious beauty to another, Cameron Diaz is now Ambassador for the Aquaracer. Her watch was also a gift – to herself. “The first watch I ever bought was a TAG Heuer dive watch, which I actually used for diving,” she recalls. “It was my prize possession and I wore it for years as a fashion statement, as well as for its utility.” Which sums up perfectly the Aquaracer’s enduring appeal. From Bo Derek to Cameron Diaz, the casual elegance of the Aquaracer has stood the test of time.

For 2013, TAG Heuer has expanded its Lady Aquaracer collection with new models in steel and coral pink gold. Loaded with luxury finishes, including diamonds and shimmering dials, the rounded curves and new H-link bracelet give them a distinctly feminine silhouette.