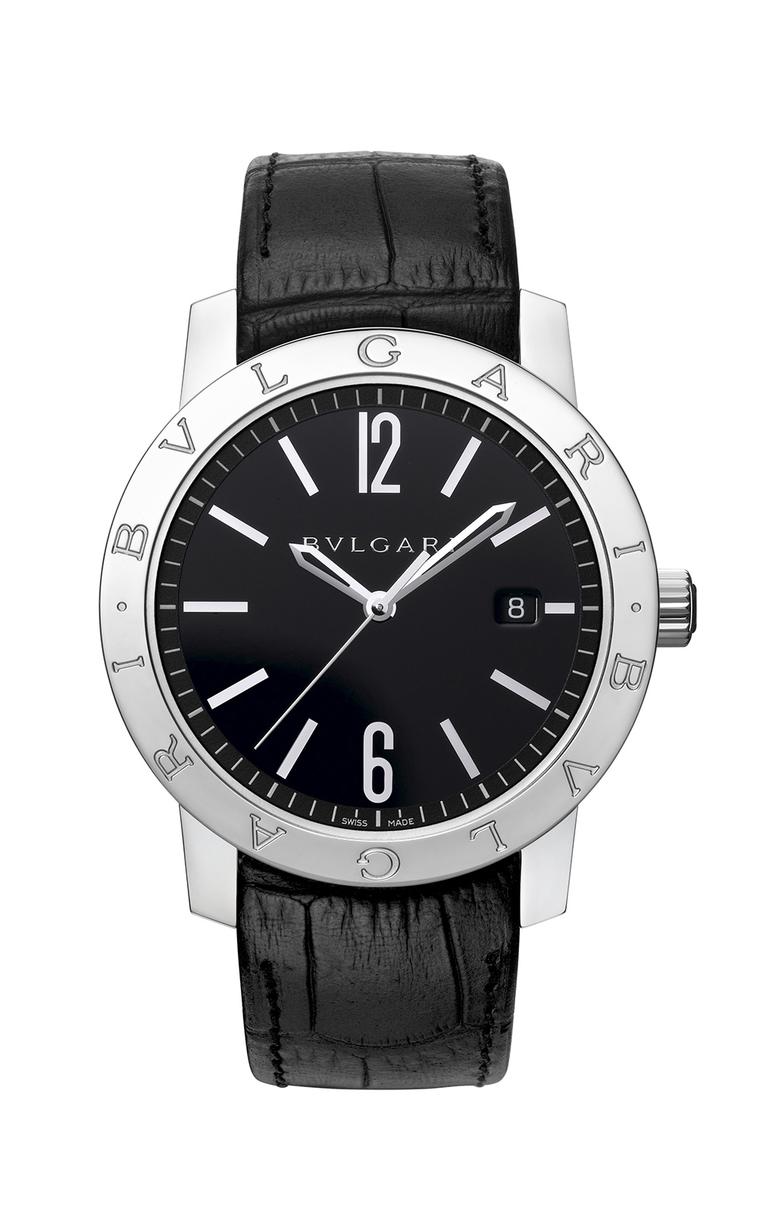 Rome, the città eterna, exerts all its gravitational pull as Bulgari probes its classical roots with the reappearance of two emblematic models: Bulgari Bulgari and Bulgari Roma. The mythology of these models dates back to 1975, when Rome’s most famous jeweller decided to offer its best clients a special edition quartz watch with digital display. Gianni Bulgari turned to designer Gérald Genta – of Audemars Piguet Royal Oak fame – to lend him a hand.

In much the same spirit as emperors of ancient Rome emblazoning coins with their profiles and Imperial names, Genta decided to engrave the jeweller’s name BVLGARI with a Latin ‘V’ and the word ROMA around the bezel, a design feature that has entered the Pantheon of contemporary classics. In 1977 the Bulgari Bulgari watch followed, and the idea of flaunting somebody’s logo twice came to be considered the height of refinement.

Almost four decades later, the Bulgari Roma has been equipped with a new in-house automatic movement – the BVL 191 – a presage, no doubt, of further complications in the near future. The 39mm rose gold case is reminiscent of the cylindrical base of an ancient column. The black dial, set deep into the case to afford a greater sense of depth, features applied gold indices and numerals, a minute track as well as a date window at 3 o’clock.  Limited to 250 pieces only, it is clearly a tribute to its 1975 predecessor.

The Bulgari Bulgari also makes a reappearance in 41mm pink gold and stainless steel, or a combination of both, fitted with the new in-house calibre BVL 191, which provides 42 hours power reserve and date functions.  As a member of the LVMH group since 2011, Bulgari’s sportier Bulgari Bulgari Chronograph has had an engine upgrade from a fellow friend and is now equipped with Zenith’s high-frequency El Primero chronograph calibre.

For men who like to see things happening on the dial, Bulgari Bulgari has also presented a tourbillon model. Equipped with a BVL 263 movement assembled in the company’s high complications workshop in Le Sentier, this tourbillon is often mistaken for a flying tourbillon, whereas there is in fact an invisible sapphire bridge to anchor its motions.

Launched last year, Octo is a spectacular study in geometry in which a solid octagonal case is juxtaposed with a round bezel. This year the Octo comes with a highly architectural stainless steel bracelet. The sharp, polished rectangular lugs echo the shape of the case but do nothing to answer the eternal dilemma of the watch: is it square or is it round?