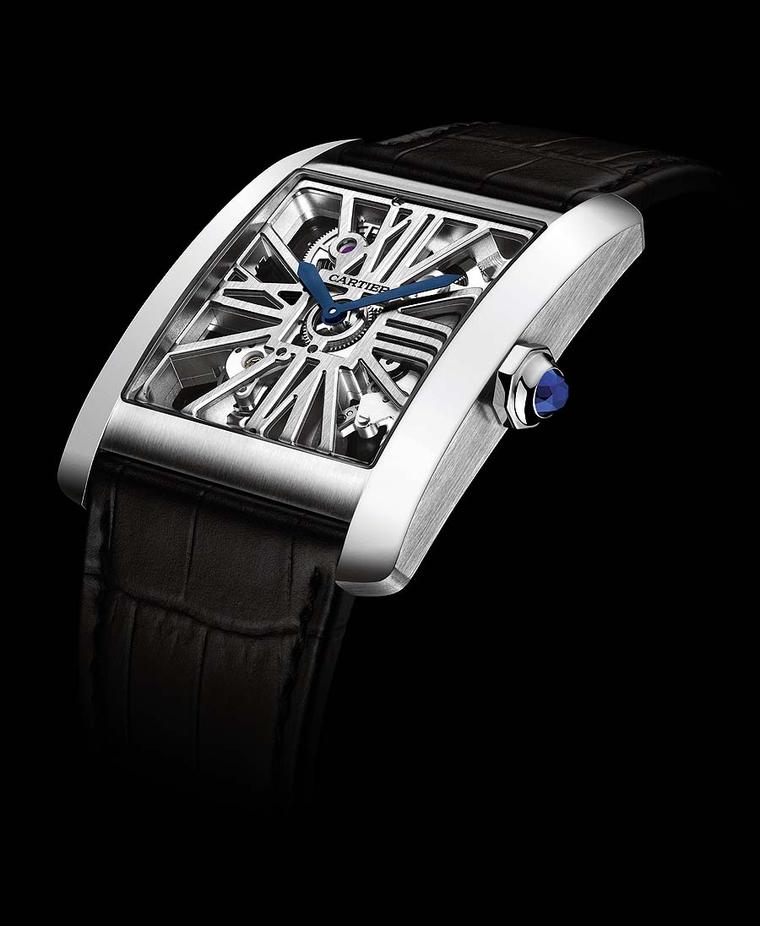 With just four years to go until Cartier’s venerable Tank timepiece celebrates its 100-year anniversary, the French maison has unveiled the Tank MC – a sober and stylish watch for men with a generous, near-square dial and in-house movement (the MC part of its name refers to “Manufacture Cartier”).

Two models have been launched, the first of which – the Tank MC Skeleton in palladium – gives a fascinating glimpse into the inner workings of the latest masculine Tank. Combining the classic Cartier case style with one of the most artistic watch complications creates a beautiful juxtaposition of tradition and innovation. Powered by the 9611 MC movement – a movement developed and patented by Cartier and previously used only in the Santos 100 – you can view its beating heart through the skeletonized mainplate, which bears the classic Roman numerals that have become one of the Tank’s defining features.

The second Tank MC model features the self-winding 1904 MC movement – the first movement created in-house by Cartier – contained within an imposing 44m case, gently curved to hug the wrist. The face is classic Cartier, with a guilloché dial, railroad minute track and those distinctive, angular Roman numerals. Turn the timepiece over and the movement is visible through the transparent crystal case back, etched with Geneva stripes. Available in pink gold and stainless steel, the crown is set with sapphire – a detail you will find on every single Tank watch.