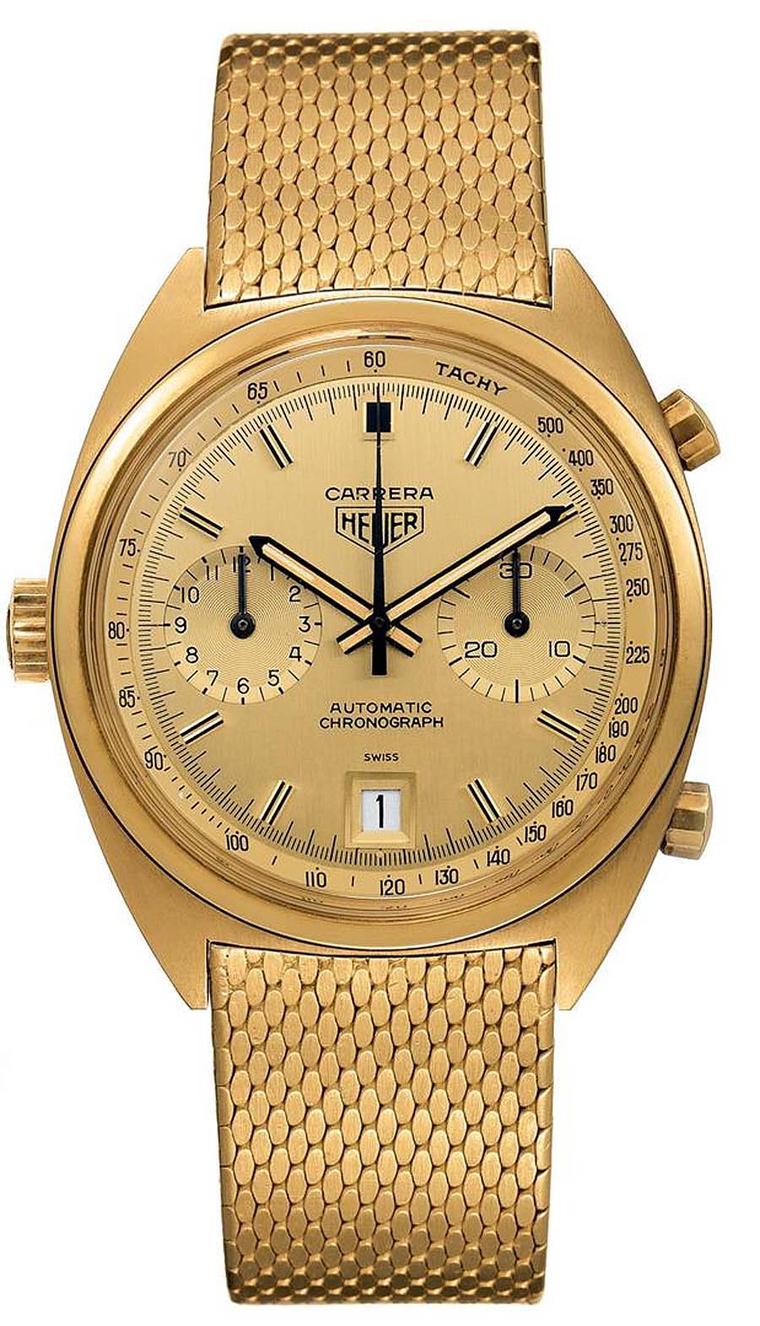 Swiss watchmaker TAG Heuer has partnered up with two-time Academy Award winning director Ron Howard and fellow Academy Award winning writer Peter Morgan to accurately depict the glamorous age of Formula One racing in the new film ‘Rush’. And to mark the event Jack Heuer, Honorary Chairman of the company sits in front of the camera to tell the story of how Heuer (as it was then called) came to be the official timekeeper for Ferrari and its long standing involvement in Formula 1 racing.

The film, which premiered around the world this week, tells the story of the famous rivalry between two motor-racing legends: James Hunt and Niki Lauda. Set during the 1970s, ‘Rush’ is historically accurate down to the smallest detail.

As official timekeeper and sponsor of the Scuderia Ferrari team during this era, it was inevitable that TAG Heuer would play a key role in the look of the film. In keeping with real events, throughout the film the Heuer colours and crest are clearly visible on the overalls of Niki Lauda and his teammate Clay Regazzoni, as well as every member of the Scuderia Ferraro crew.

Heuer, the world leader in high-end chronographs, signed as Official Timekeeper of Ferrari in 1971. It loaned the original F1 timing equipment from the 70s, developed by Jack Heuer, for use in the production – the first of its kind to measure to 1/1,000th of a second.

And, of course, there are the watches. Throughout this golden age of Formula One, every Ferraro driver wore a TAG Heuer chronograph with his name and blood group engraved on the case. In the film, Niki Lauda, played by Daniel Bruhl, wears an original Heuer Silverstone. An iconic chronograph in the 1970s, the watch was named after the British motor racing circuit and was rereleased in exclusive edition in 2010.

Not to be outdone, James Hunt, aka “The Shunt”, played by Chris Hemsworth, wears a fully gold Heuer Carrera chronograph. Created by Jack Heuer in 1963, the watch was named after the Carrera Panamericana Mexico Road Race and is celebrating its 50th anniversary this year.

Both vintage watches are among the most coveted collectibles in the watch world. On display at TAG Heuer’s 360 Museum in Switzerland, the gold Carrera and original F1 timekeeping equipment can also be viewed via TAG Heuer’s virtual museum.

TAG Heuer has played an important role in the the world of Formula 1 for decades, which played a major part in the globalisation of the Heuer brand. Official timekeeper for Ferrari in the 1970s, in 1985 TAG Heuer became a proud partner of F1 team McLaren, which has since become the longest-standing sports watch brand sponsorship in history. Along the way, this Swiss watchmaker has sponsored every major F1 racing legend, from Ayrton Senna and David Coulthard and Lewis Hamilton. British Formula 1 driver Jenson Button is currently a TAG Heuer Brand Ambassador.