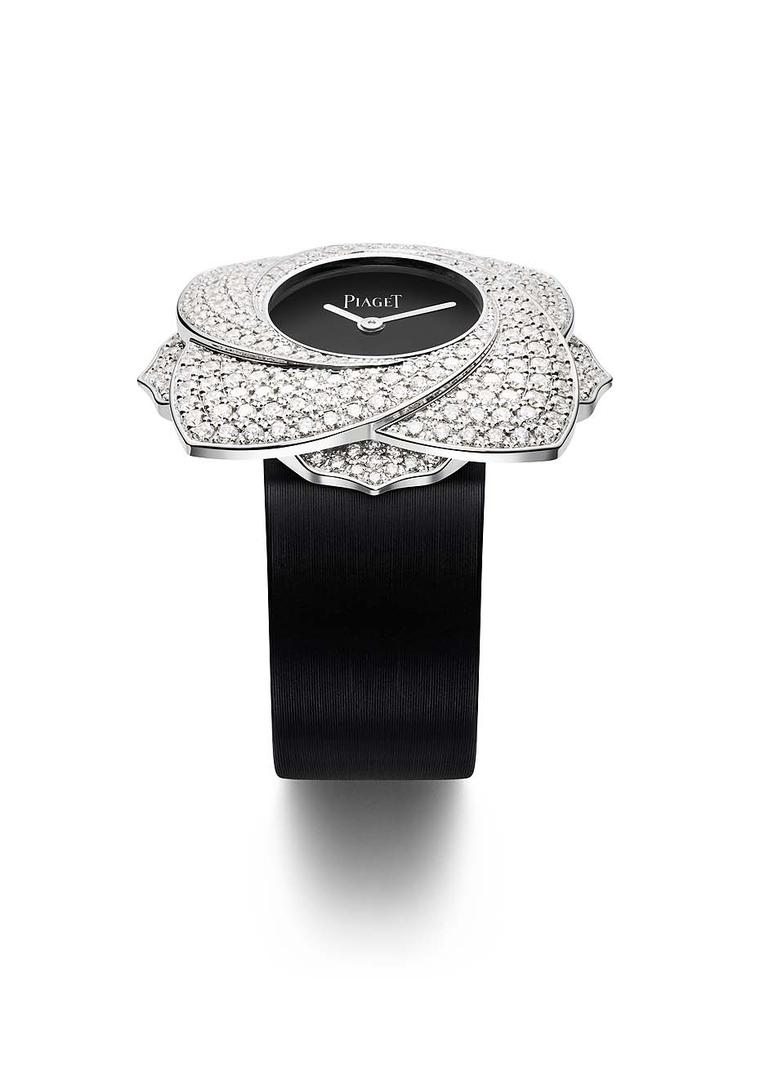 The Swiss watch and jewellery house Piaget has always had a soft spot for women. Going back to the 1950s, when the firm decided to use only precious metals in the making of its watches, models for women included elaborate chain link bracelets and colourful stone dials. All this was possible thanks to the ultra-thin 9P and 12P mechanical movements, which allowed room for the designer’s creativity to make beautiful yet slender watches for women’s wrists. From exotic stone dials to ‘esclave’ style cuff watches and daring gem-setting styles, Piaget has always had a very creative approach to watches that it treats as much as jewels as timekeepers.

The latest addition to the women’s collection is the Limelight Blooming Rose watch. Not content to merely create a beautiful diamond-set watch, this ambitious model offers a very special twist. The wearer can choose to reveal either four or six petals by rotating the upper part of the case to expose varying amounts of petals. With these options, the watch offers several looks around one dial.

The petals of the rose are set with 256 diamonds totalling 2.50ct, and the white gold watch is powered by a the Piaget 56P quartz movement. The flower that inspired this watch is an Yves Piaget rose, named after the descendant of the founders of the company, who cultivated this award-winning flower.

The Yves Piaget rose was also the inspiration for the 2012 Piaget Rose jewellery collection, which mimics the voluptuous blooms of this flower so dear to Yves Piaget, who turned the company into a leading luxury brand in the 1960s.