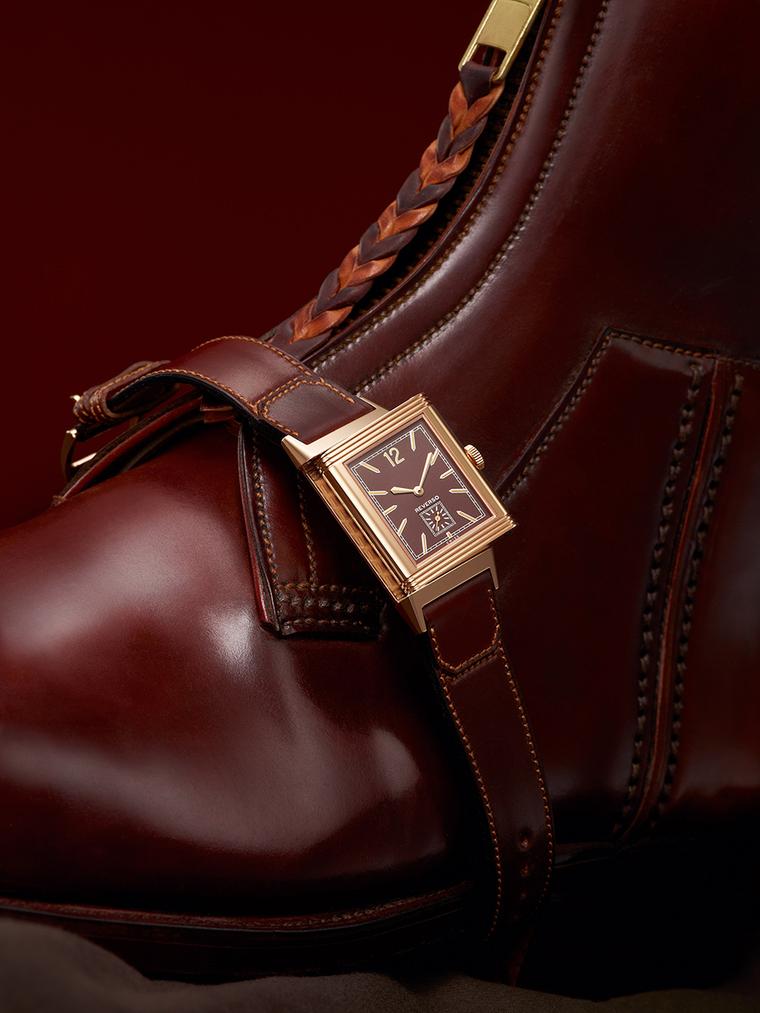 As any watch designer will concede, it’s extremely hard to create a model with long-lasting appeal, impermeable to the vicissitudes of changing fashions. But to achieve this and procure the status of ‘iconic’ is the stuff of dreams.

First introduced on the market in 1931, Jaeger-LeCoultre’s Reverso is one of the world’s best-known and loved models. A triumph of Art Deco restraint and sleek geometric glamour, the Reverso was launched the same year as the Empire State Building, marking the birth of two 20th-century design masterpieces that still captivate today.

The Reverso was Jaeger-LeCoultre’s ingenious response to a request from British colonial army officers who were fed up with smashing the glass on their watches and jeopardizing the mechanism of their wristwatches during polo matches. Instead of devising a metal cover to attach over the dial, the clever solution was to allow the case to swivel on its back, thus protecting the dial and glass from impacts. It would have been hard to predict back then that a utilitarian solution to a real-life problem would harbour the makings of an icon.

This year at the SIHH, Jaeger-LeCoultre will be unveiling a sumptuous pink gold and chocolate dial model of the Grande Reverso Ultra Thin 1931. Following in the wake of the 2012 Reverso Rouge and the 2013 Duoface Blue, the genesis of this colourful trilogy began in 2011 with the Tribute to 1931 Reverso, which was conceived to commemorate the 80th birthday of the watch. For the occasion, the silhouette of the original model (38mm x 23mm) was refreshed with more contemporary dimensions (46.8 mm x 27.4mm) and a slimmer case (7.3 mm) without altering the intrinsic personality and aesthetics of the historic model.

Faithful to the original, the new model in pink gold captures the marked Art Deco personality of the case, with the streamlined surfaces and hallmark gadroons – decorative convex flutings – that frame the top and bottom of the dial. Another detail that beady-eyed vintage fans won’t miss is the inscription of ‘REVERSO’ on the dial and the omission of the maison’s name or logo, exactly like the original. Equipped with a small seconds counter at 6 o´clock and a beautifully legible dial with baton-shaped indices, the passing hours, minutes and seconds are paced by the ultra-thin JLC Calibre 822/2, which measures just 2.95mm thick. Thanks to this slim movement, the case itself can boast a stylishly slim profile of 7.3mm.

In a nod to its origins on the polo field, the strap of this Reverso has been crafted by artisans at Casa Fagliano in Argentina. Bootmakers since 1892 to royal families and Argentina’s national polo team, Casa Fagliano has agreed to produce a resilient yet supple brown cordovan leather strap for the only watch capable of transporting its wearers back to the 1930s.