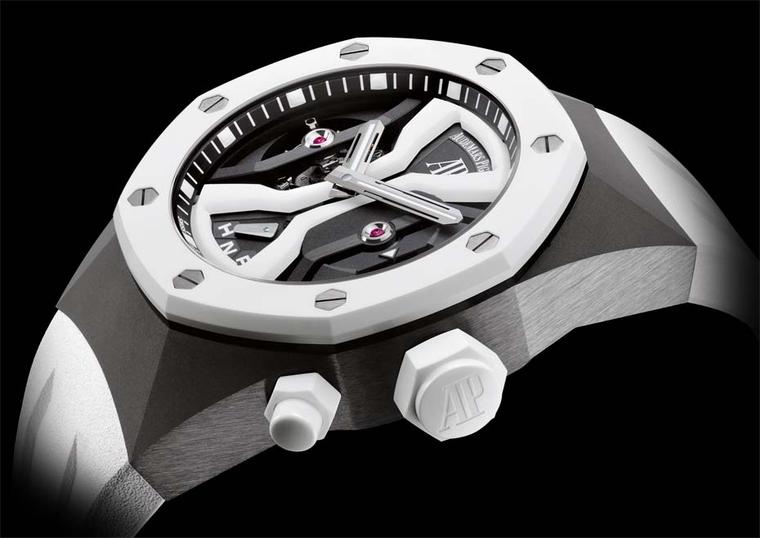 With the doors of the SIHH in Geneva officially open, the 16 brands under the Richemont umbrella are busy unveiling their latest creations to 13,000 industry professionals, setting the tone of things to come in 2014.

Although it is still early days, certain trends are taking shape. According to the Chinese Zodiac, 2014 is the ‘Year of the Horse’; for football fanatics, it is the year of the World Cup in Brazil, so get ready to see plenty of bucking broncos and yellow and green coloured dials. Diver’s watches are making a big splash, as are GMT dual time zone and moon phase watches. Thin is still very in, and the mantra of moderation as opposed to exaggeration will probably still prevail in the aftermath of the recession.

Dive watches are going stronger and deeper this year at the SIHH. Plunging the depths in style has never been easier and Cartier shows us how with its Calibre de Cartier Diver watch complete with stringent ISO 6425 certification and 300m water resistance. Handsome to the core, everything about this dive watch exudes top performance, including its in-house 1904 MC Cartier movement.

Associated with fearless Italian Navy frogmen on dangerous underwater missions during WWII, Panerai’s diving watches are cult material. The Luminor 1950 resurfaces in a left-handed edition, with the large crown-protecting device at 9 o’clock. Following its celestial liaison with Le Petit Prince, IWC returns to Earth making 2014 the year of the Aquatimer. Entirely revamped, the collection has reincorporated the inner rotating dive bezel found in historic Aquatimers since 1967. The titanic 49mm Perpetual Calendar is the maison’s first complication integrated into a diver. Other IWC divers to keep an eye on are the Expedition Charles Darwin, a bronze chronograph, and the extreme sports Automatic 2000, which will see you safely down to depths of 2,000m.

A slim silhouette is as much an aesthetic aspiration as a mechanical challenge in the watch world as Vacheron Constantin’s astonishing Patrimony Contemporaine Ultra Thin 1731 minute repeater, at just 8.09mm, thick eloquently attested last year. The gauntlet was taken up by Jaeger-LeCoultre, which has whittled that record down by a whole millimetre. It will be releasing its Master Ultra Thin Minute Repeater Flying Tourbillon, which measures a mere 7.9 mm. JLC has also pared down its classic Grande Reverso 1931 to a mere 7.3mm, this time with a chocolate dial and a polo-hardy Argentinian Casa Fagliano leather strap. However, the uncontested “King of Thin 2014” is Piaget and its Altiplano 900 P. The ingenious solution of merging the calibre with the case has reduced the case to a thickness of 3.65mm, making it the world’s thinnest watch to date.

GMT watches are going strong with models from almost every brand at the SIHH. Greubel Forsey will be presenting its superlative 2011 GMT model in a new platinum case. With its 24-second tourbillon at a 25-degree inclination, rotating terrestrial globe and multitude of technical and aesthetic details, this ‘portable time map’ is destined for collectors. Meanwhile, Jaeger-LeCoultre will present its Duomètre Unique Travel Time in pink gold, the first world time watch that allows “to-the-minute adjustment of the second time zone”.

For a totally novel take on GMT watches, Audemars Piguet will be unveiling its Royal Oak Concept GMT Tourbillon at the SIHH, a futuristic rendition of Gérald Genta’s iconic Royal Oak in bright white ceramic and sculpted titanium. As an AP concept model, the 2014 watch has incorporated ceramic into the movement itself with a white ceramic upper bridge in the shape of an hourglass. The beautiful Rotonde de Cartier Earth and Moon watch, with its rich lapis lazuli dial, is a compendium of watchmaking brilliance and complications, amongst which there is a second time zone function. However, the unusual and unique moon phase on demand feature that obscures the tourbillon carriage when activated points us in the direction of the next trend for 2014…