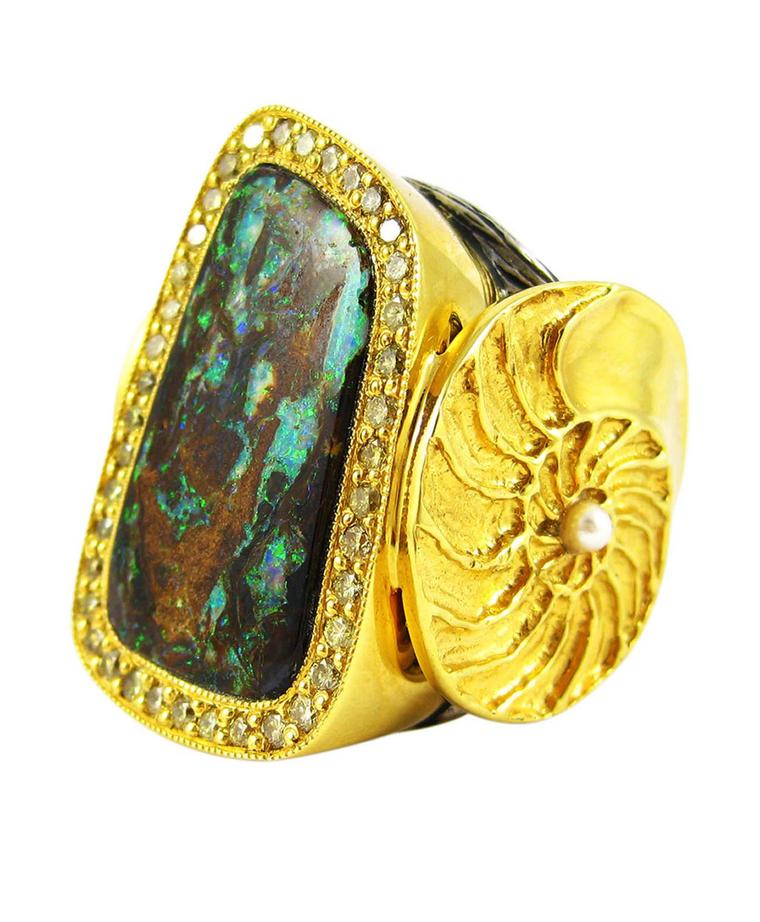 By Rachel Garrahan in New York

The award-winning designer has been named artist-in-residence at The Betsy Hotel in the sunny and sophisticated climes of Miami’s South Beach. Against a backdrop of accompanying photography and art exhibitions, she will be presenting bold creations from her Shapes of Strength collection for the duration of the prestigious art show, which runs from 4-7 December throughout the city.

K.Brunini jewelry is instantly recognizable for its combination of rare gems, nature’s inspiration and an adrenalin shot of out-of-this-world fantasy. It is not every day that you see a luxury jewel lit by LED technology, but her “Robot Heart” DNA necklace features a staggering 1,300 carat opal in matrix that literally “beats”, coming alive with a flash of red and a lightning bolt of orange diamonds.

An outsized but extremely comfortable cuff also features one of her beloved boulder opals, this time a rainbow-flecked stone that wraps around the wrist on two organically shaped gold bands in her signature twig style.

Katey’s butterfly ring sets hearts aflutter with its Jundah opal and peach sapphire body, dramatic antennae and carved pink tourmaline wings that are spring-hinged to move with the wearer.