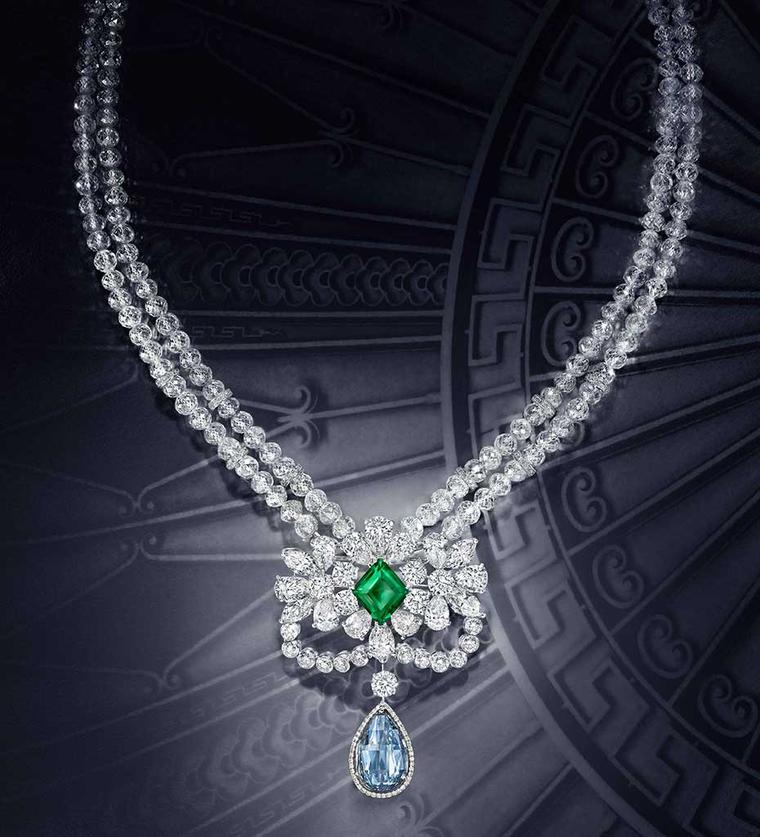 Like a glamorous little black dress or a perfectly cut trench coat, a statement necklace is an essential ingredient in a capsule wardrobe. No other accessory has the same power to elevate an outfit into the fabulous category in the time it takes to fasten a clasp. This year there has been no shortage of mouth-watering jewels to feast our eyes on and picking out just a handful of the best statement necklaces was no easy task.

British jeweller Stephen Webster set the scene for a year of statement necklaces when he unveiled the rainbow coloured Magnipheasant necklace at Baselworld in March.

Model Cara Delevingne wowed onlookers at the Cannes Film Festival this year wearing a de GRISOGONO necklace featuring a gem-encrusted chimpanzee. The headline-grabbing It girl gave the necklace her own laidback twist by wearing it back to front.

Fast-forward a few months and the highly anticipated Biennale was rife with magnificent jewels that had been many months, or even years, in the making. Inspired by the way in which the light hits the ocean, the Chaumet Lumières d’Eau collection threw up an array of astounding statement pieces, including a fringed necklace shimmering with blue and yellow sapphires.

Giampiero Bodino made his debut at the Biennale with a collection bursting with one-of-a-kind jewels, including this intricately detailed flower necklace, which captures a spring garden in full bloom. And the Jewellery Editor team could also be found swooning over the magnificent Le Collier Bleu de Rêve blue diamond and emerald necklace that signalled Graff’s return to the Biennale after a 12-year absence.

The resurgence of opals has been big news this year and the Plumes necklace by Alessio Boschi, with its cascading peacock feathers, is surely in the running for the year’s ultimate statement necklace. Speaking of opals, one of the highlights of 2014 was discovering Australian jeweller Margot McKinney, whose stunning opal jewellery is quickly amassing a global fan base. This collier necklace with an 86.32 carat opal centre stone is typical of her bold, confident style.

When it comes to statement necklaces, 2014 will be a hard year to beat but we are confident that jewellery designers will pull out all the stops to impress us once again in 2015.