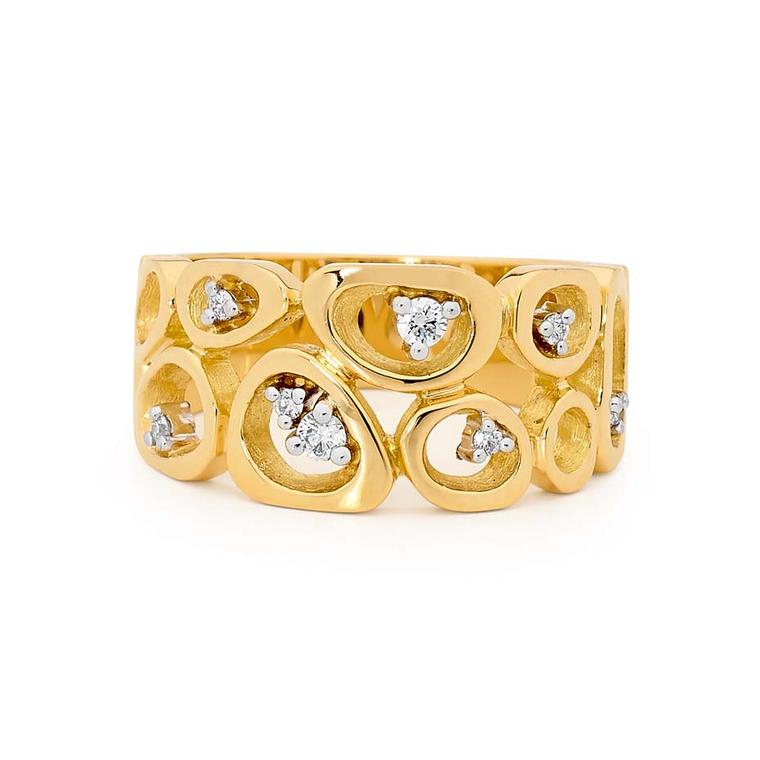 By Melissa Pearce in Sydney

The future of Western Australian gemstones is in safe hands as the second generation of talent steps up to lead the ateliers of one of Australia’s most respected jewellers.

Linneys, a family run business of more than 40 years located in Perth, has recently appointed Justin Linney as creative director. Justin, formerly a designer for the brand, is the son of founder Alan Linney and is joined by his brother Nathan, who heads up the pearl division.

Justin’s first collection Beautiful Reflections, which marries rare coloured stones, diamonds and pearls, taps into the growing interest in the daily wearability of pearls. And it’s a timely upsweep as Linneys has just launched its ecommerce site, with an appeal to that very audience.

“In a world where computer-generated products are taking over, pearls are becoming increasingly popular, especially with the younger demographic,” says Justin. “I think customers are attracted by the natural beauty of the pearl and the fact that they are not cut or polished like diamonds and other gems.”

Using Western Australian gold, mesmerising Argyle pink diamonds and lustrous Australian South Sea pearls, Justin’s father has long been known for his love of Australia’s natural resources and his passion for the ocean. Justin has inherited his father’s gene and his first piece as creative director is a pear and diamond ring inspired by the Californian coastline. Crafted in gold, which is his preferred metal to work with, Justin feels an affinity with Western Australia’s precious materials, going as far as to say they are in his blood having growing up around them.

“The ring takes me back to a time that was special in my life. In 2014 I undertook the Graduate Gemmologist programme at the GIA headquarters in Carlsbad, California. During my studies I became immersed in the Californian lifestyle and in particular the beaches along Southern California, which is translated into the design, which uses the pearl as a symbol for the love in someone’s life and features some beach and water elements too.”

The freeform ring also epitomises the award-winning sculptural approach that Justin’s father spearheaded as he sought to explore landscape and organic shapes in innovative ways.

It will be interesting to see how this next generation bucks jewellery conventions while upholding the company’s reputation and signatures. Justin emphasises that this time the new collection is grounded in an emotive pull rather than aesthetic influences from a physical object or location: “We were inspired by the notion of jewellery having the unique ability to capture a special moment in time, given its components of precious metals and gems that last forever. The idea was that each time the wearer looks at the special piece of jewellery, it evokes these beautiful memories. Using that as a starting point freed up the design process immensely, allowing for the design team to create pieces inspired by feelings.”