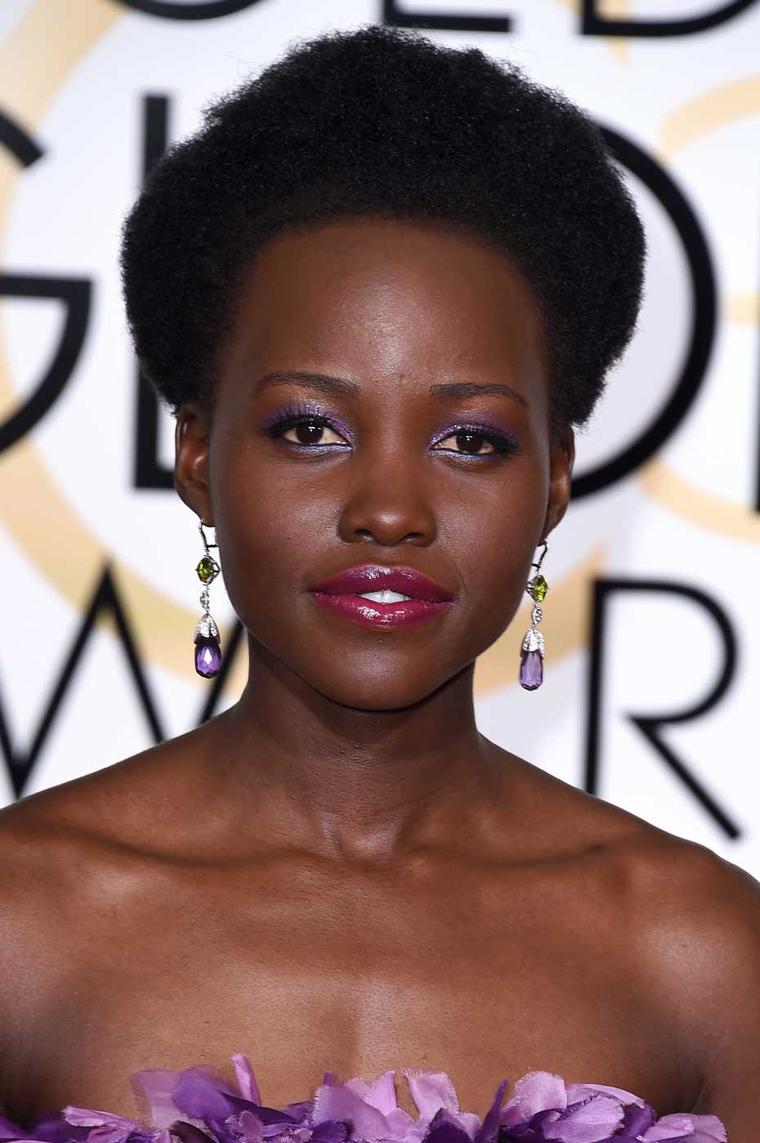 Flamboyant red carpet jewelry was far and few between at this year’s Golden Globes as the majority of stars played it safe with classic diamonds.

Among the handful of actresses who did wear colored gemstones was British actress Helen Mirren, who chose a pair of ruby and diamond Chopard earrings to go with her sexy scarlet Dolce & Gabbana dress. The Hundred-Foot Journey actress also added another more unusual but poignant accessory: a pen worn as a brooch to pay tribute to the Charlie Hebdo victims.

Last year’s hottest newcomer and current darling of the fashion world, Lupita Nyong’o, made a statement in lilac. She carried off a dramatic Giambattista Valli couture gown with aplomb, paring her jewelry down to a pair of matching amethyst Chopard earrings.

Statement earrings were very much the order of the day, with chandelier and drop earrings making multiple appearances on the red carpet. Best actress nominee Jennifer Aniston looked stunning in a pair of antique gold and black onyx earrings by Neil Lane, which offset her simple but elegant YSL column dress.

Cindy Crawford opted one of the big three colored gemstones for her red carpet moment. She wore a pair of platinum Harry Winston earrings with micropavé diamonds and cushion-cut sapphires that perfectly matched the color of her Versace dress. The supermodel and her husband Rande Gerber were at the Golden Globes to support their friend, the actor George Clooney, who received the Cecil B. DeMille Lifetime Achievement Award.