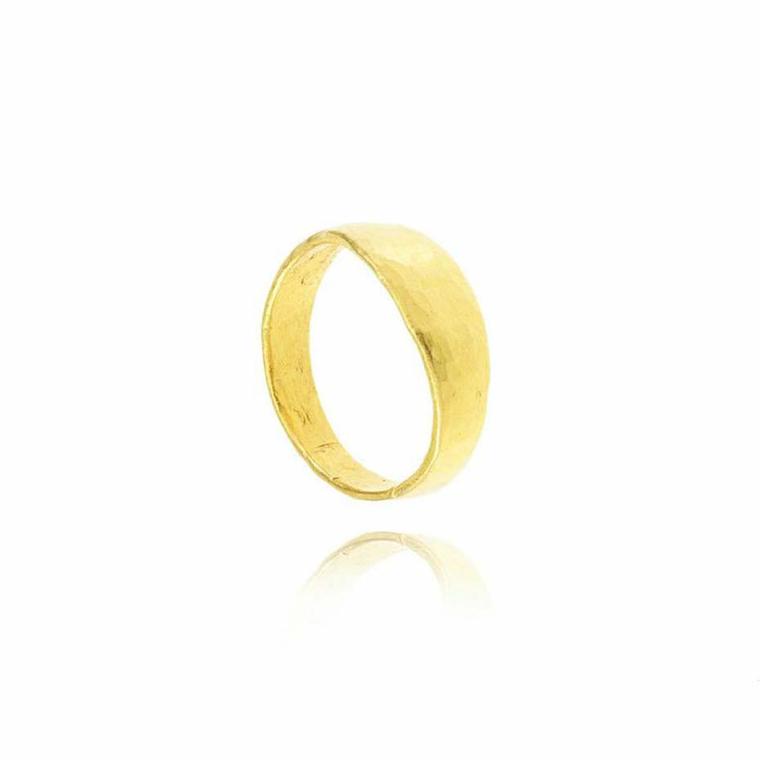 The Fairtrade Foundation’s national “I Do” campaign aims to encourage couples to buy ethical engagement rings and wedding bands made from Fairtrade gold.

The campaign was launched ahead of Valentine’s Day, which is the second-most popular day of the year, after Christmas Eve, for British men – or women – to pop the question, according to a recent survey carried out by events company Chillisauce.

It is estimated that if 50,000 couples purchased 100,000 Fairtrade gold wedding rings they would raise £650,000 of Fairtrade Premium to help improve education, healthcare and living conditions for some of the world’s poorest mining communities.

Read about the ethics behind luxury jewellery

A human “ring of gold” was formed outside London’s St Paul’s Cathedral to mark the start of both the “I Do” campaign and the unveiling of a two-week public exhibition of ethical jewellery featuring 13 Fairtrade bridal designers. Organised in partnership with jewellers Cox + Power, the exhibition dispelled any doubts that choosing Fairtrade gold means compromising on design quality.

Set up more than 25 years ago, Cox + Power’s signature aesthetic of pure, clean lines offset by fluid, sculptural shapes results in stylish, individual pieces crafted from platinum or gold. Contemporary yet timeless, its Fairtrade gold wedding rings are made individually to order at the newly opened shop and studio in London’s Marylebone.

Also featuring at the exhibition was Amanda Li Hope, who set up her jewellery business in 2009. She alloys all the gold by hand in her Clerkenwell workshop and often plays with colour by using metals of different hues in the same piece. Amanda’s latest collections, Saturnian and Arc, allow couples to choose two colours to represent each other, which are then incorporated into inverse ring designs in a colour ratio of 1:3.

Just in time for Valentine’s Day, Pippa Small is launching a collection of Fairtrade wedding bands made from 22ct yellow gold sourced from mines in Peru and Bolivia. Awarded an MBE two years ago for her services to charity and ethical jewellery, Pippa is an outspoken proponent for Fairtrade gold and supporter of a fairer deal for small-scale miners. She says: “When I speak to miners, they all say the same thing – that their aim is to send their children to school and give them a better life. As a jewellery designer at the other end of the industry, I am so happy to see cleaner gold being sold to clients who truly care about the provenance of their pieces.”

One of the first jewellers to be awarded a Fairtrade gold license, Anna Loucah launched her new Stellar collection at the “I Do” exhibition. Sitting alongside her existing Sacred and Tessellate bridal collections, Anna’s distinctive ethical engagement rings speak of her fascination with interlocking shapes.

The patterned wedding rings in the new Elements collection from one of the UK’s best-known ethical jewellers, CRED, boast a variety of finishes, from engraving to a millgrain or hammered effect. Crafted from white or yellow Fairtrade gold, the seven designs are available in various widths and can be worn as engagement rings or wedding bands. Rose gold engagement rings are becoming increasingly popular, and CRED offers four different versions of the rose gold solitaire, each set with a round brilliant-cut diamond.

Based in rural Somerset, Erica Sharpe has been designing ethical jewellery for nearly three decades and was awarded the British Jeweller’s Association Award in 2012. Inspired by the elegance and grace of the swans on the Somerset Levels, her Swan ring is crafted from white and yellow Fairtrade gold. Swans pair for life, imbuing this ring with an extra layer of symbolism as a token of love and commitment.

The “I Do” campaign will be replicated in other Fairtrade markets around the world this year, starting with Switzerland. A survey carried out by CRED jewellery last year found that only 16% of people were familiar with Fairtrade gold, and almost a third thought it was more expensive than “normal” gold.

Speaking at the press launch of the campaign, Amy Ross, Fairtrade Gold Project Manager, said: “Unfortunately, not enough people know about Fairtrade gold, which is why we are running the campaign. By choosing Fairtrade gold you can help create a better life for miners and their communities. Fairtrade gold supports miners to eliminate child labour, work their way out of the vicious circle of exploitation and poverty, and reduce the harmful impacts of mercury. Fairtrade hopes to now engage with gold in the same way it has with tea, coffee and bananas.”