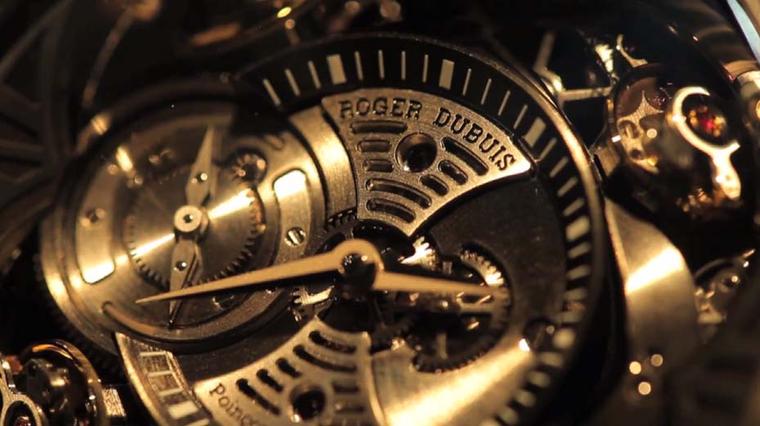 While mechanical marvels may sound like a thing of the past in our age of digital technology and virtual reality, the world of horology is still capable of making us gasp with its micro-mechanical wonders. And I’m not just talking cuckoo clocks.

And where better to see these marvels than at the world’s most luxurious watch show, known as the SIHH or Salon International de Haute Horlogerie, held in Geneva each January. Roger Dubuis did in fact present a life-size cuckoo clock that had nothing to do with the traditional wooden chirping bird affair, but was a curious blend of Edwardiana and futurism on a very large scale. On a smaller scale, the Roger Dubuis Excalibur Quatuor uses four sprung balances to compensate the effects of gravity, and the result is a dial that mesmerises with its complexity and strange beauty.

Richard Mille opens up the world of highly complex mechanics to women with six new watches. I was drawn to the Tourbillon Natalie Portman RM 19-01 featuring a diamond-set spider on the dial and a black-sapphire cobweb on the back of the watch. Blending miniature sculptures of a tiger and a dragon with sophisticated mechanics, the Tourbillon RM 51-01, also known as the ‘Tiger and Dragon Michelle Yeoh’, celebrates the release of the actress’s latest film, ‘Crouching Tiger, Hidden Dragon II’, in which she plays the sword-wielding Yu Shu Lien.

Piaget, master of the ultra-slim watch, takes the light-as-air and wafer-thin Piaget Altiplano skeletonised watch and entirely covers it with diamonds. The effect is astonishing. Jaeger-LeCoultre, meanwhile, packs into one watch a minute repeater, celestial calendar and tourbillon set with 50 carats of diamonds. The Master Grande Tradition Grande Complication Diamond Set timepiece has to be seen to be believed.