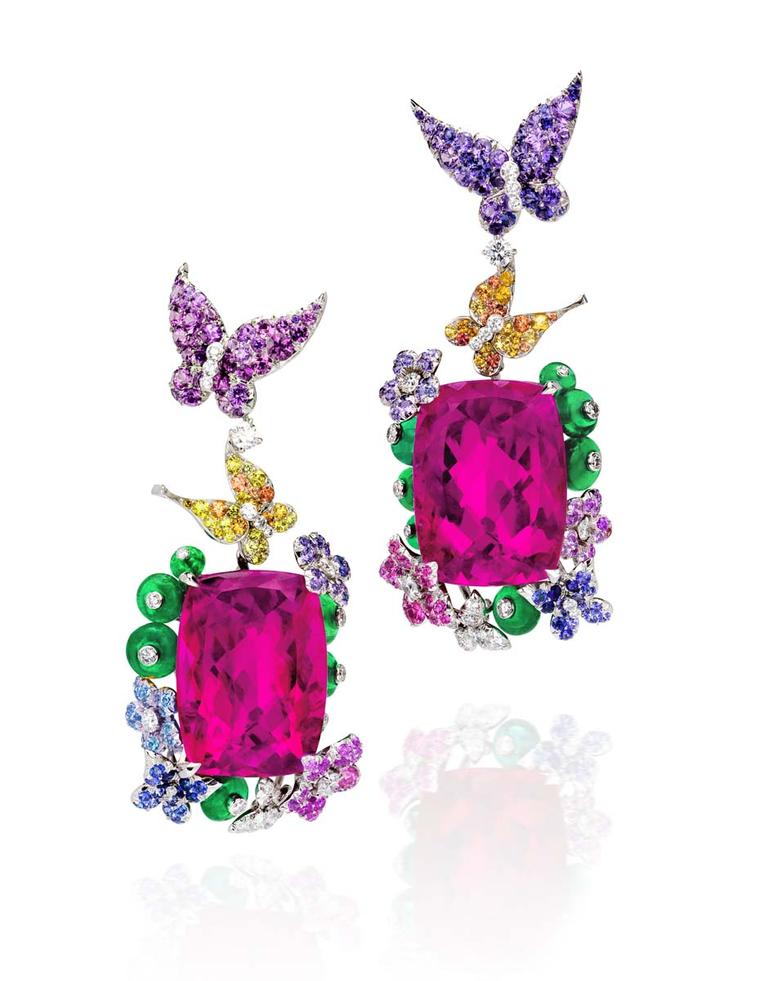 Harry Winston, Bulgari and Chopard are just some of the high jewellery houses you expect to see sparkling on the Academy Award’s red carpet, but it was a show-stopping pair of deep crimson rubellite Anna Hu earrings worn by Gwyneth Paltrow, with a pretty pink Ralph & Russo couture gown, which really caused a sensation at this year’s Oscars.

Read more about the red carpet jewellery at the Oscars here

Anna Hu is a friend of Paltrow’s but is, as yet, fairly unknown beyond the high jewellery circles of New York where she is based, and Taiwan where she grew up.

Anna Hu jewellery is not a red carpet regular. She only loans her precious stones either to be worn as Oscars jewellery or at the Metropolitan Museum of Art’s annual fashion gala held in May. Paltrow frequently wears her coloured gemstones, and Hu’s chosen few also include Naomi Watts – who wore her sapphire Modern Art Deco and Wallis Simpson high jewellery bracelet to the Oscars – Scarlett Johannson and Hilary Swank. She likes to lend to actresses that, in her mind, reflect her brand’s essence, commenting: “Seeing them wear my jewels so elegantly is very rewarding.”

The former cellist turned jeweller made her debut in 2007. Anna Hu is becoming more widely known in China where she has a boutique in Shanghai, but it was only late last year that she realised a long-held dream of opening a boutique in her homeland – a large, elegant space in the brand new Mandarin Oriental, Taipei. “I waited a long time for it to be built,” she admits, and “although New York is my home, my heritage inspires my work greatly, so it’s very special for me to have such a beautiful store in Taipei.”

Unlike many jewellers, Anna Hu doesn’t design annual high jewellery collections, but continuously creates exquisite new jewels, which slip into her three favourite themes: Virtuoso in Gems, because she is a professionally trained musician who had to abandon her calling after injury; Eastern Art, which references her heritage; and Fantasy Garden, always a jeweller’s favourite.

Butterflies and Hibiscus inhabit her Fantasy Garden with an enchanting pair of high jewellery earrings depicting dainty butterflies, which appear to be carrying two rubellites skywards.

Her voluptuous Art Nouveau-style Celestial Lotus necklace and delicate Gnossienne necklace (an imperial crane holding a jade flute on a circle of keshi pearls, symbolising holy water falling from the clouds) from her Eastern Art collection are indicative of her poetic style.

The Celestial Lotus necklace and her bangles illustrate how Hu “paints” with her pavé settings. Among her latest creations is the emerald Turandot Lily necklace, pavé set with diamonds, which was inspired not only by her love of Chinese jewellery, but her passion for music as well. There are also playful touches of realism noted in the necklace, revealing evidence that insects have been nibbling away at the emerald leaf.

Read about Anna Hu jewellery at the Met Gala