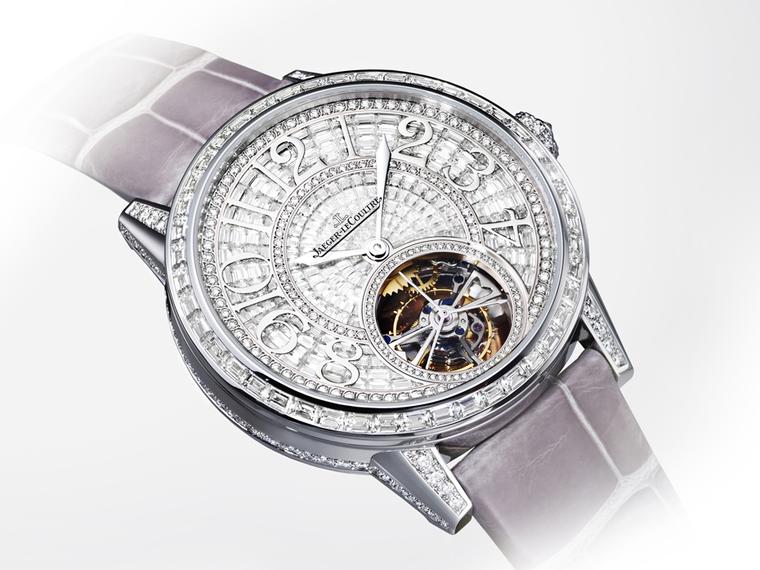 When Jaeger-LeCoultre launched the first Rendez-Vous back in 2012, it made a statement. Short of going down on one knee, red rose bouquet in hand and proposing undying love to the ladies of the world, the 180-year-old Swiss watchmaker was clearly wooing the ladies. And that is because the Rendez-Vous is the very first collection Jaeger-LeCoultre has made just for women.

Of course in the past Jaeger-LeCoultre has offered models created for the girls, with elaborate enamel decorations as well as miniature marvels, such as the diminutive diamond bracelet watches that housed the famous 101 Calibre the size of a ladybird – as favoured by our very own Queen Elizabeth II. But until the arrival of the round-faced Rendez-Vous, almost all Jaeger-LeCoultre women’s watches were variants of men’s models. Think of the Reverso: initially a man’s watch that soon found its way on to women’s wrists.

And since its timely arrival, the Rendez-Vous watch has deftly found its place in the ranks of Jaeger-LeCoultre’s most successful timepieces. Despite its youth, its sober lines, exquisite details and impeccable mechanics have made this, dare I say it, an instant classic. And now the Swiss watch house has gone one step further and shown just how committed it is to offering the very finest in horology to women with the arrival of new Jaeger-LeCoultre Rendez-Vous Tourbillon models.

But offering women tourbillon-regulated movements that increase the precision and reliability of timekeeping is not enough. These tourbillon movements are housed in beautiful, feminine cases and topped off with pretty dials to match.

The new Jaeger-LeCoultre Rendez-Vous Tourbillon for women has a circular opening at 6 o’clock through which the constant motion of the rotating tourbillon cage is visible. Think of it as a window into a miniature masterpiece of horology in which dozens of components carry out their intricate dance, all at the service of precision. The surrounding dial is made of shimmering mother of pearl, punctuated by diamond and sapphire details and a bezel set with diamonds.

But there is more. The show-stopping Rendez-Vous Tourbillon Haute Joaillerie is a marvel of gem-set mastery that matches the mechanical prowess of the movement. Bathed in the light of both brilliant and baguette-cut diamonds, the dial is entirely set with these precious stones using different levels and varying angles of setting.

To add even more glamour, the case of the Jaeger-LeCoultre Rendez-Vous Tourbillon Haute Joaillerie features 547 diamonds totalling an impressive 9 carats. Amongst the dazzling fire of diamonds, the diligent tourbillon carries out its untiring, precision-regulating work. The effect is mesmerising and one that is designed to seduce even the most demanding of women.