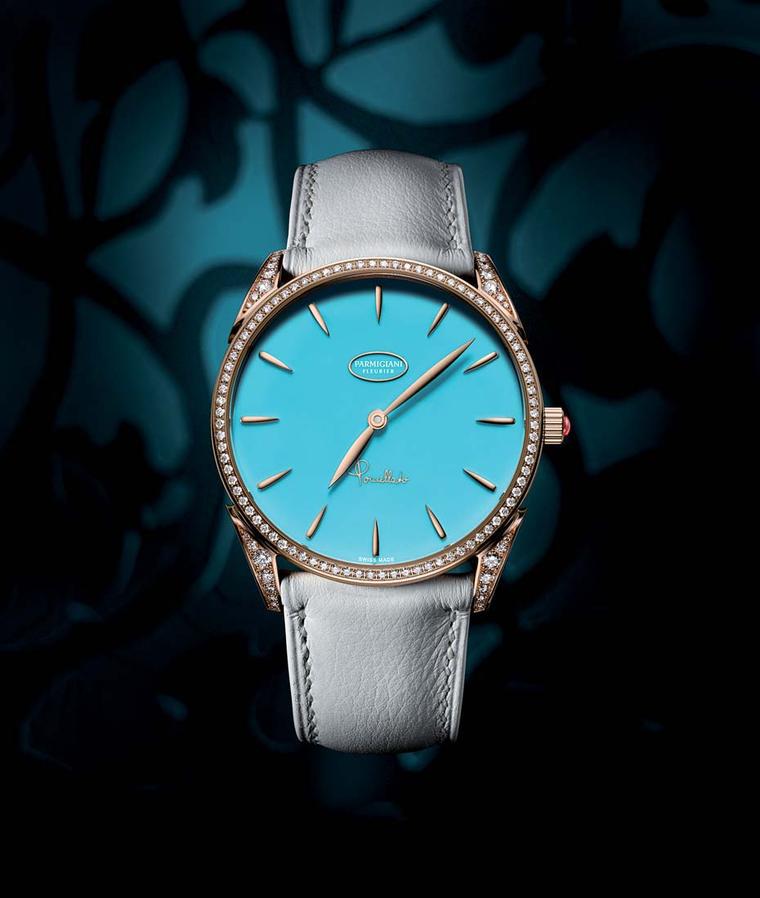 2014 might not be the most exciting year for radical trends, but it will mark the maturation of certain trends and a return to moderation. The loud extroverts that screamed ‘look at me’ have been scaled and toned down to suit a consumer who prizes longevity in his timepiece and relishes fine details. Customisation is on the rise, as is the revival of rare handcrafts and a healthy dose of nostalgia for the golden oldies.

Perhaps the most revolutionary trend coming our way is the consolidation and improvement of smartwatches, from the Apple iWatch downwards. The question is whether these hi-tech wrist gadgets really pose a threat to traditional watchmaking.

For some watchmakers, they are a galaxy apart. Their frigid digital technology cannot compete with the mechanical fascination of a handmade watch. Other industry analysts realise that ignoring a trend can have catastrophic effects, as the quartz crisis of the 1970s – which almost wiped out the Swiss luxury watch industry – sadly proved. Time will tell, but it would be reasonable to assume that smartwatches will attract a different market segment and might be used as a utilitarian and complementary companion as opposed to being a direct threat to the old-timers.

Imagine visualising the Moon’s waxing and wanings on the screen of a smartwatch. The calculations between synodic and sidereal periods would be spot-on, but isn’t it more poetic to watch the Moon’s bright face rotate slowly across the dial of your watch? A.Lange & Söhne thinks so, as this year’s Grand Lange 1 Moon Phase places the planet at the very centre of the action. Behind the beautiful rendering of a night sky, an impressive movement will keep the phases of our satellite accurate for 122.6 years.

Zenith has also succumbed to the gravitational pull of the Moon, reviving its legendary 1969 Calibre 410 to power a limited-edition chronograph with triple calendar and Moon phase indicator. Even Chanel’s iconic J12 ceramic watch was seduced by the Moon. The J12 Moonphase features a lovely blue aventurine Moon phase counter that takes advantage of the natural minerals in the rock to recreate a starry galaxy.

Beauty is more than skin deep for many watchmakers, and instead of offering women pretty watches with quartz motors, more and more high jewellery pieces move to the beat of a mechanical movement. In the case of Vacheron Constantin’s stunning Malte Tourbillon HJ, which is covered in 418 baguette-cut diamonds, the hand-wound movement mimics the shape of the tonneau case, a feat of engineering in itself. Roger Dubuis will also be unveiling a new ‘diva’ in the Velvet collection wearing a mesmerising ball gown of diamonds and rubies. Underneath, as in all Roger Dubuis’ watches, is a hand-finished Poinçon de Genève certified automatic movement.

Corum’s Golden Bridge and Ti-Bridge collections for ladies, remarkable for their unique linear movements and transparency, will be lit up with precious stones this year.  And in yet another marriage of jewellery with serious machinery, the Pomellato Parmigiani alliance has shown us how a renowned Milanese jeweller and distinguished Swiss watch manufacturer can create the kind of enduring beauty captured in the new Tonda Pomellato watches.

Another ongoing trend involves the revival of rare handcrafts, with Patek Philippe and Vacheron Constantin as the industry’s chief sentinels. Patek Philippe has even created a microsite devoted to these artistic ventures, crowned by the astonishing Sky Moon Tourbillon last year. Uncommon techniques have reemerged, as in the case of Cartier’s Ballon Bleu Parrot, which squawks to life thanks to the technique of floral marquetry. Hermès also revives the art of straw marquetry, taking it to new heights with the lovely geometric Arceau H Cube. Meanwhile, Chopard plunders the ancient Japanese lacquering technique Urushi to celebrate the Chinese ‘Year of the Horse’, with a L.U.C XP featuring a bucking equine on the dial.