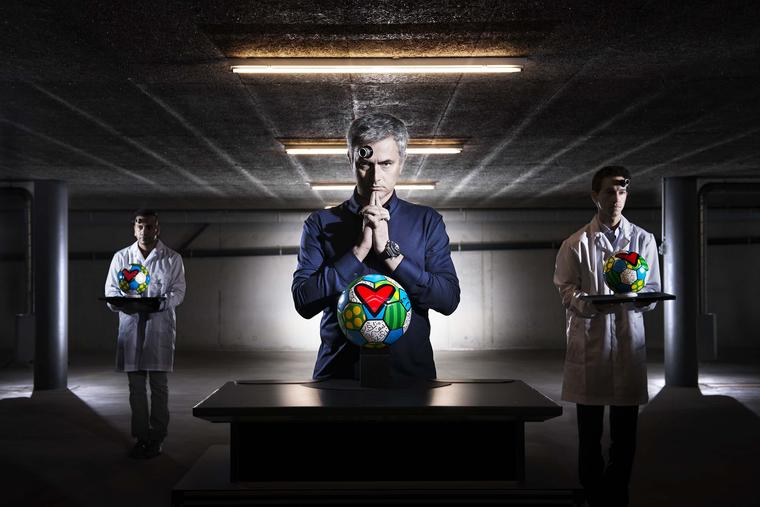 World Cup fever is sweeping across the country as we wait with baited breath to follow the next instalment in the England team’s (mis)fortunes in the knockout stages.

But while even the most ardent fan cannot control what happens on the pitch, thanks to the ‘Hublot Loves Football’ campaign from the creative Swiss watch brand, we can relive some of the game’s most glorious moments.

As the official timekeeper and official watch of this year’s FIFA World Cup, Hublot has assembled its own team of living football legends to feature in a series of stunning images. From players to coaches to referees, the stars of the campaign have all chosen to be ambassadors and friends of the brand.

And what a team it is: there is Pelé, the undisputed King of Football, posing in front of the Ipanema hotel in Rio, while José Mourinho, Chelsea manager and World Cup 2014 ambassador, is pictured at Hublot’s manufacturing headquarters in Switzerland.

Swiss midfielder Xherdan Shaqiri also makes an appearance in the campaign along with England manager Roy Hodgson, whose footballing achievements were honoured by Hublot with the launch of a special-edition King Power 66 Hodgson watch ahead of the World Cup. The Swiss watch brand has also created a limited-edition World Cup Hublot watch for Luiz Felipe Scolari, head coach of Brazil, the host nation’s team.

The photos were taken by Swiss photographer Fred Merz and each one features Hublot’s symbol for the FIFA World Cup, a multi-coloured football designed by Brazilian artist Romero Britto.

And if the striking images leave a taste for more, there is also the chance to snap up one of the official watches of the World Cup 2014: a special-edition Hublot World Cup 2014 watch. Dubbed the ‘Soccer Bang’, the watch is available in two versions: in 18k gold or black ceramic, both with a carbon fibre bezel. Featuring a dial bearing the national colours of Brazil, Hublot’s World Cup watches are limited to 100 and 200 numbered pieces respectively.