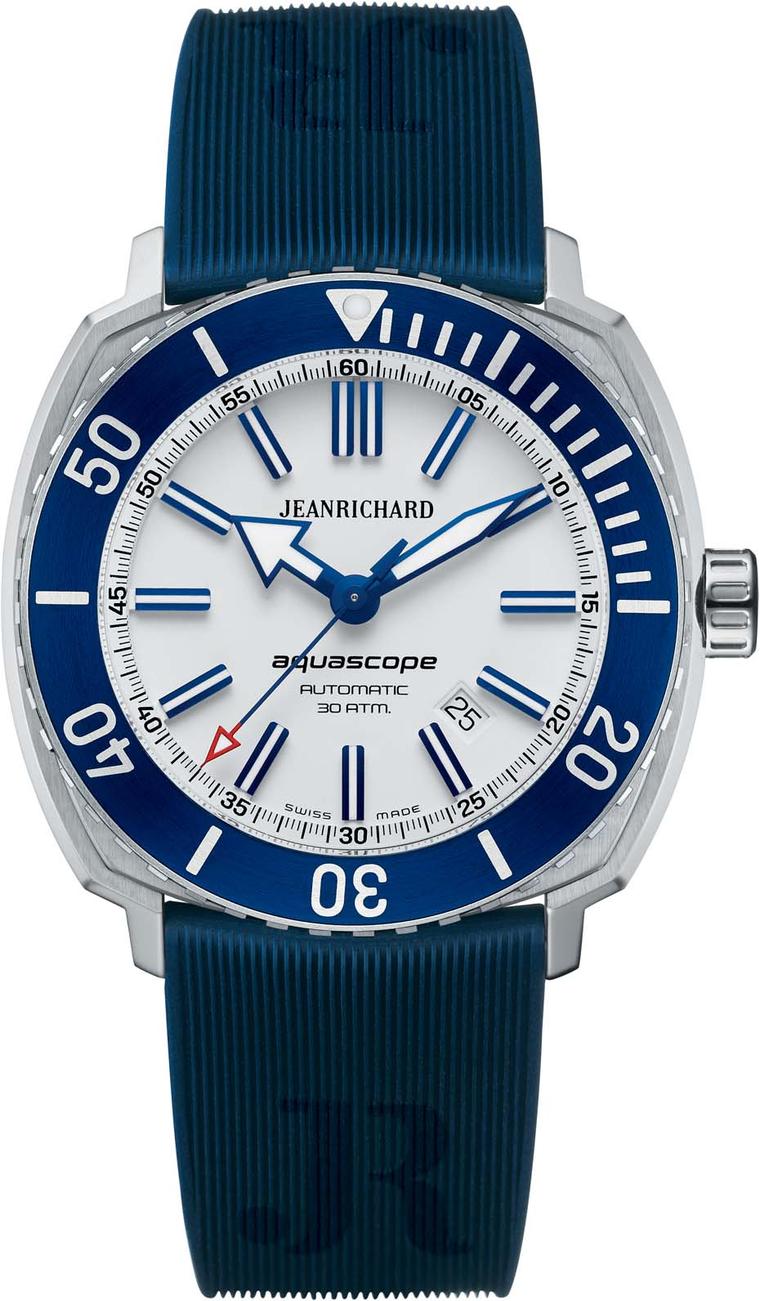 JeanRichard is a name so that any brand brave enough to put it on its dials needs to exhibit undiluted “Swissness”. It’s like calling your publishing house “Gutenberg”, for Daniel JeanRichard all but created modern watchmaking in the latter part of the 17th and the first part of the 18th centuries. He devised tools and machines that would influence the industry, organised various subcontractors and helped give the industry form, founding his own operation in 1681 in the heart of the Swiss Jura.

Over two centuries later, in the mid-1990s, the visionary Dr Gino Macaluso – who secured the health of the venerable brand Girard-Perregaux – would create a line of watches bearing this pioneer’s name. Sadly, Macaluso passed away in October of 2010, during a period in which JeanRichard was elevating its production to feature in-house movements.

In the four years since, JeanRichard and Girard-Perregaux became part of the Kering Group, while a thrusting young COO named Bruno Grande, along with Macaluso’s sons, have set about establishing the brand as a major player in the luxury sports watch market.

Rebuilding a brand is a massive undertaking, especially when the leading light passes away suddenly, but JeanRichard’s team has wasted no time in consolidating a family look with an immediately recognisable form, and raising the manufacturer’s profile. Enabling this are ventures with the Oxford & Cambridge Boat Race, Arsenal football team, Kind Surf and Racing Metro 92, and ambassadors including singer James Blunt and pilot Capt. “Sully” Sullenberger, who landed a stricken US Airways aircraft on the Hudson River in January 2009.

As for the “look”, the design team delved into the company’s archives, re-imagining a cushion shape that had first seen action half a century ago in a diving watch, the now-collectible JeanRichard Aquastar. Its structural integrity was assured, allowing the brand to create a number of families with names suggesting outdoorsy adventure: Terrascope, Aquascope and Aeroscope. For dressier tastes, the 1681 lines have been developed.

Fitted with in-house movements, offered with a variety of functions, including chronographs, the various models share virtues that include ruggedness and high legibility, with a style that’s been copied by at least two fashion houses. To satisfy a wide range of tastes, JeanRichard addresses classicism with stainless steel cases or – for the 1681 models – precious metals, while DLC coatings, titanium, carbon fibre components and other high-tech touches take care of modernism.

Wild colours, too, feature on certain models, with the latest in the range, the 44mm Aquascope with a new “rubbergator” strap, exploiting this year’s colour of choice: a bold blue accenting a deeply-set white dial with applied indices and blue bezel. The novel value of an alligator-skin effect rubber strap ensures that the wearer enjoys the water-resistance of 100% rubber with this secure-to-300m timepiece, but with the look of a luxurious hide.

With a limited-edition Arsenal Terrascope model in stainless steel with touches of red, a Terrascope for ladies with a purple dial and bezel set with 88 amethysts, and Aquascope models all in white with a hint of aqua, sport watches have crossed the line from haute horlogerie to haute couture. The most remarkable aspect, though, is that JeanRichard has still managed to avoid the haute prix.