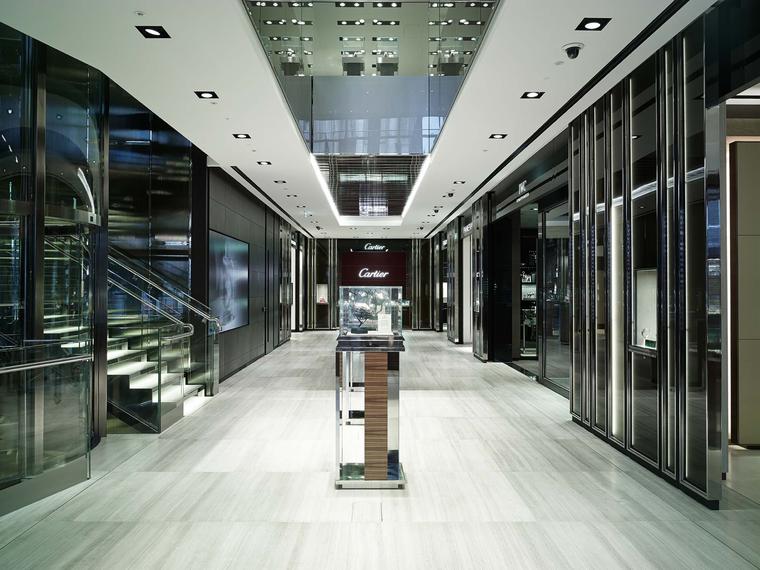 By Robin Swithinbank in London

Consider some of the facts. All told, it reaches over three floors and covers 17,000sq ft, which is more than double the size of any other luxury watch retail space in the UK and also makes it Europe’s largest watch showroom. Bucherer in Paris – on the Old England site – is bigger, but it sells jewellery too.

Inside the flagship Watches of Switzerland London store are 12 brand boutiques, including the first Patek Philippe shop-in-shop anywhere in the world. Other luminaries of the fine watchmaking world taking boutique space are Jaeger-LeCoultre, Vacheron Constantin, Piaget and A. Lange & Söhne, with Rolex, Cartier, Chopard, IWC, Panerai, TAG Heuer and Montblanc also moving in. There’s a special VIP lounge on the first floor for the brand’s collector and connoisseur clients, and both Patek and Cartier have private areas of their own.

There are more than 20 brands on the lower ground floor, in what has been dubbed the Calibre Room, as well as the company’s new Vintage collection of watches. For now, a Rolex Paul Newman Daytona watch with a rare ‘tropical dial’ takes pride of place on entering the store. Watches of Switzerland has welcomed Roger Dubuis, H. Moser & Cie and Montblanc into its stable of brands for the first time, and opened its arms once again to Bremont, Ulysse Nardin and Hublot. It’s an intoxicating mix.

It’s worth noting there are no Swatch Group brands in sight, so no Longines or Omega watches, and that Audemars Piguet and Breitling also voted with their square feet, which adds a little spice. The boutiques have all signed up for a three-year stretch, so there won’t be any space up for grabs any time soon.

Word at yesterday’s press breakfast was that sales over the first weekend “exceeded expectations”. One of the fine watchmaking brands assured me gleefully it had already sold a “good handful” of watches. Early days, of course, but Watches of Switzerland at 155 Regent Street has all the makings of a global watch-retailing phenomenon.

Read about the top ten trends in men’s watches