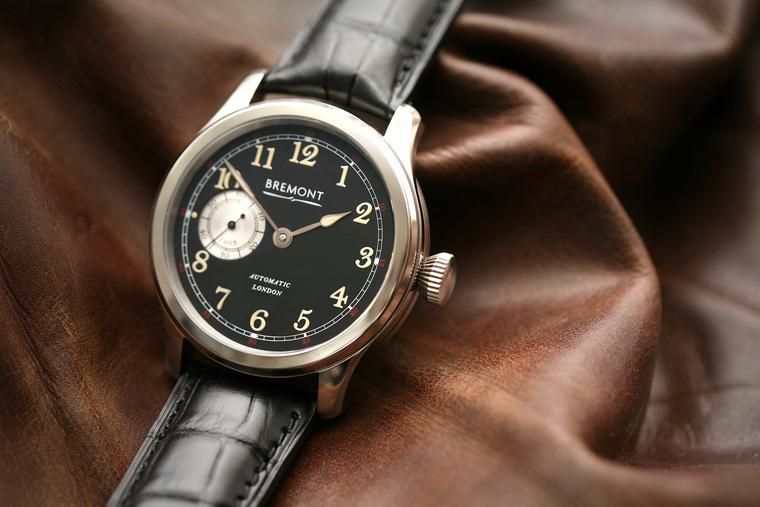 By Robin Swithinbank in London

The news circulating in the run-up to Bremont’s annual summer bash last night was that the British brand would be launching the next in its growing line of historically inspired limited-edition watches. Which it did. But in the event, it did far more than that.

In the confines of London’s Science Museum, Bremont took the wraps off The Wright Flyer, a watch powered by – drum roll, please – the Calibre BW-01, the first movement from the brand using some British-made components.

No debate, this is the biggest news nugget to drop from the brand during its short but remarkable history. Nick and Giles English, the convivial, wonderfully ambitious brothers behind Bremont watches, have publicly harboured visions of a British-made movement for some time, and the BWC/01 is the first step towards that goal. Bremont helped design it with its Swiss partner La Joux Perret – which worked on its Codebreaker and Victory watch calibres previously – and then made some of the parts in its manufacturing facility in Henley. The UK-made components are the baseplate, bridges, rotor and some of the screws. The calibre is stamped ‘London’, something of which Messrs English and English are rightfully proud.

Make no mistake, the calibre is massive news, but it shouldn’t overshadow the fact that embedded into this Bremont watch is a small piece of the muslin material used to wrap The Wright Flyer, the first heavier-than-air plane, flown by the Wright Brothers at Kitty Hawk, South Carolina, in 1903. It’s hermetically sealed under a sapphire crystal window in the rotor and was given to the brand by Amanda Wright Lane, the Wright brothers’ great grandniece, who represents the Wright Family Foundation and took centre stage at last night’s gathering.

By the English brothers’ admission, this is an extraordinary coup. The Wright family have been understandably cautious in divvying up their priceless artifact down the years. In the past they’ve only shared it with panjandrums and presidents – Neil Armstrong had a piece in his pocket when he landed on the Moon in 1969.

They clearly think very highly of the English brothers – for palpable reasons, their close fraternal bond proved critical in forming the partnership. In return, Bremont has paid a fee to the foundation, which will fund the on-going restoration of the Wright family home in Dayton, Ohio.

The Bremont watch itself is a handsome, classical looking thing, with artful, spidery numerals (coated in a bespoke Bremont SuperLumiNova) and a single subdial at 9 o’clock for small seconds that’s marked with the date ‘1903’ in what top-side is its only reference to what lies beneath. Bremont has done a great job on the movement – it’s beautifully finished and has a 50-hour power reserve.

There are three versions of the Bremont Wright Flyer watch: steel with a black dial (300 pieces) and rose and white gold pieces (100 and 50 respectively), both with white dials. Each is 43mm in diameter and has an oversized onion crown.

Quite a story all told, and the next extraordinary chapter in what’s already a barnstorming year for Bremont. The Wright Flyer follows the company’s milestone partnership with Boeing and a product placement deal with the eagerly anticipated movie Kingsmen, due for release in October. And, we understand, there’s more to come. Is there no end to Bremont’s reach?