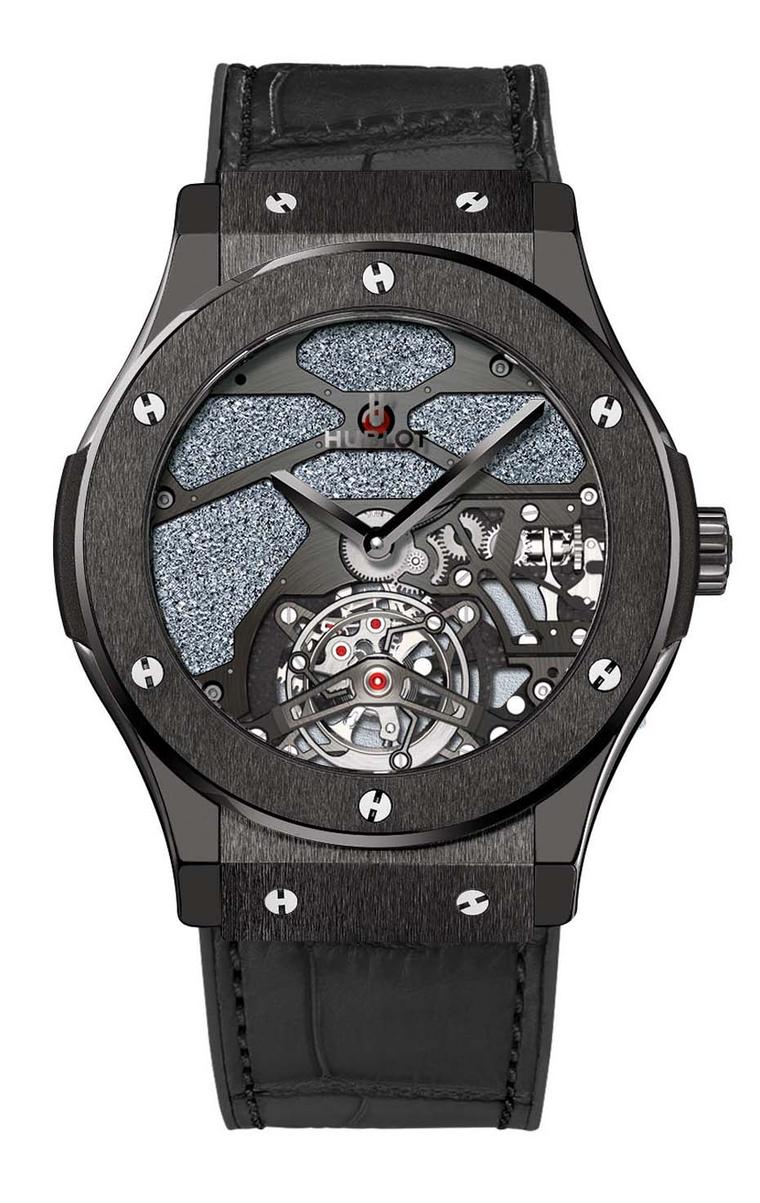 Material matters. Even before we can appreciate the dynamics of the engine, the bodywork of a watch is what catches our eye. The material world of watches, much like the debut of a fashion collection, tells us what’s hot and what’s not.

Although ceramic is by no means a newcomer, Rolex has managed to pull off a world first in 2014 with its two-colour red and blue Cerachrom ceramic bezel on the classic Oyster Perpetual GMT-Master II. Devotees of the original 1955 GMT-Master, with its ‘Pepsi’ bezel, were well pleased. Red, explains Rolex, is an extremely difficult colour to obtain in ceramic because of its volatility during the firing process. The challenge to create a clear demarcation between the two colours was a technical tour de force.

While most brands strive to concoct innovative and resilient high-tech materials, Patek Philippe rowed against the tide and shocked the establishment with Ref. 5960, a dashing knight in shining armour. Only this time, the armour is confected from everyday stainless steel, a rarity at Patek, which usually combines complications with noble metals. The Annual Calendar Chronograph was originally presented in a platinum case in 2006. From now on, stainless steel will be the metal of choice for this watch, replacing gold and platinum and starting a feeding frenzy amongst collectors. Polished to a mirror-like luster, the case and droplet bracelet were the talk of the show.

If anti-matter counts as a material, there was a predominance of openworked dials that do away with any surplus material to expose the bare essentials of the movement. A good contender for the best striptease was Corum’s Admiral’s Cup AC-One 45 Squelette watch, a marvel of filigreed metal with a large transparent date disc to best reveal the intricate gear trains.

A couple of the big manufacturers, including Hublot, Rolex and Omega, have foundries to produce their very own gold – King Gold, Everose and Sedna respectively – in different tonalities. However, when it comes to employing gold with sustainability in mind, Chopard wins hands down with its L.U.C Tourbillon QF Fairmined watch. It is the only watch in the world that can guarantee the gold used in its making was Fairmined in a responsible manner and that the miners of the cooperative in Colombia received fair payment for their labours, an initiative that we hope will have far-reaching effects on the industry.

Chanel has also confected its own particular hue of soft beige-gold for its feminine J12-365 collection. And on the subject of beige, Burberry has produced a watch that mimics the colour and details of its iconic trench coat. Known as The Britain Limited Edition Trench Ceramic and with just 20 being produced, the customised trench-coloured ceramic on the bezel and bracelet has the makings of becoming a fetish watch for Burberry fans.

When it comes to unusual materials, Hublot can claim to be the first brand to incorporate an osmium crystal dial in its sparkly Classic Fusion Tourbillon Firmament watch. Dating to the formation of the Earth, osmium belongs to the platinum group and is the rarest metal on our planet to date. In its crystallised form, its blueish sparkle and natural brilliance are literally eternal. Using the same skeletonised dial, Hublot inserted slivers of red and blue stained glass to decorate the dial of the Classic Fusion Tourbillon Vitrail watch.

NATO straps – nylon straps originally commissioned by the British Ministry of Defence in 1973 for their remarkable resilience and low costs – were an omnipresent material at Basel this year. These heavy-duty straps combine naturally with military-themed watches like Blancpain’s Fifty Fathoms Bathyscaphe Flyback Chronograph, originally designed for the French Navy. They also made an appearance in other circuits, such as Omega’s Speedmaster Professional Apollo 11 45th Anniversary Limited Edition and Chopard’s Grand Prix de Monaco Historique, which got an extra dose of raciness from its yellow and black stripes.