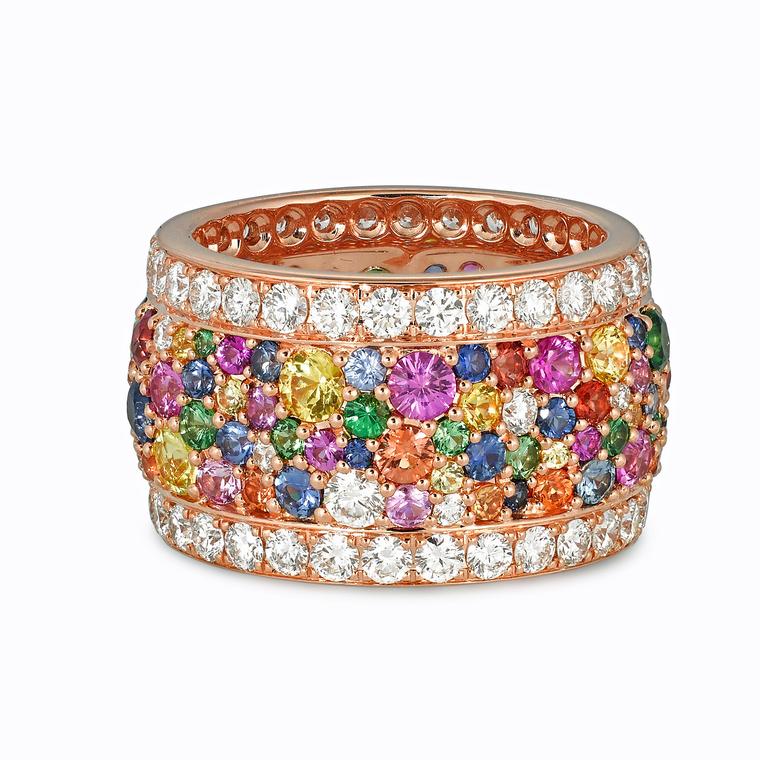 Vania Leles is not your average model turned fine jewellery designer. While her striking looks have helped launch the designs of others in the past, her own fine jewellery collections are the product of sheer determination and hard work. Indeed, the story from catwalk to Bond Street’s newest luxury jewellery designer is a fascinating one.

Leles was born in West Africa’s Guinea-Bissau, where her family was in the precious gemstone business, but grew up in Portugal. After completing a degree in sociology, Leles moved to London to study English, and it was there she was approached by a Select Model Management scout.

After a quick image change – “they told me I was too sophisticated; they needed to make me a bit funky, so they gave me a huge afro” – she won several high-profile jobs, including the 2001 award-winning Diesel campaign The Daily African, shot by Ellen von Unwerth. Leles’ modelling career then took her to New York, where her passion for fine jewellery began to emerge. “My apartment was above Bulgari so every day I went in and marvelled,” she recalls.

When modelling started to lose some of its sparkle, Leles decided to cultivate her interest in coloured gemstones by enrolling at the Gemmological Institute of America (GIA), studying everything from precious stones to design and business. Part-way through her course, Leles transferred to the GIA in London and, after graduating, she set about securing her dream job.

“I only wanted to work for Graff,” says Leles. “From the moment I graduated I sent Francois and Laurence Graff my CV every week, sometimes twice a week.” About 15 CVs in, her persistence paid off and Francois Graff called to invite her for an interview. She aced four rounds of interviews and ended up working directly under Laurence and Francois, sourcing some of the world’s most exclusive gems for the jeweller’s exacting clientele.

After three years with Graff, Leles went on to work for De Beers and then Sotheby’s, where she oversaw some major auctions, including the Graff Pink Diamond and the jewels of the Duchess of Windsor. However, when the auction house briefly closed its jewellery department not long after she started, she was left at a crossroads. “I had a few offers but I began thinking about starting my own business. I had good clients and great connections. For the first three years I undertook bespoke work. Friends would refer their friends, then it became a business, and now I’ve created a brand.”

The VanLeles brand is a collection of fine jewellery featuring a riot of luxurious coloured gemstones, brought together with exquisite craftsmanship. Leles has used all her connections to source the world’s best gemstones, cutters and goldsmiths to bring her designs – which range from delicate diamond-set bows to extravagant floral designs, and even a pair of earrings in the shape of Africa – to life.

Leles sells these exclusive jewels from a chic showroom on New Bond Street, which lies, in a beautiful twist of fate, precisely opposite Graff where her gemmological journey began.