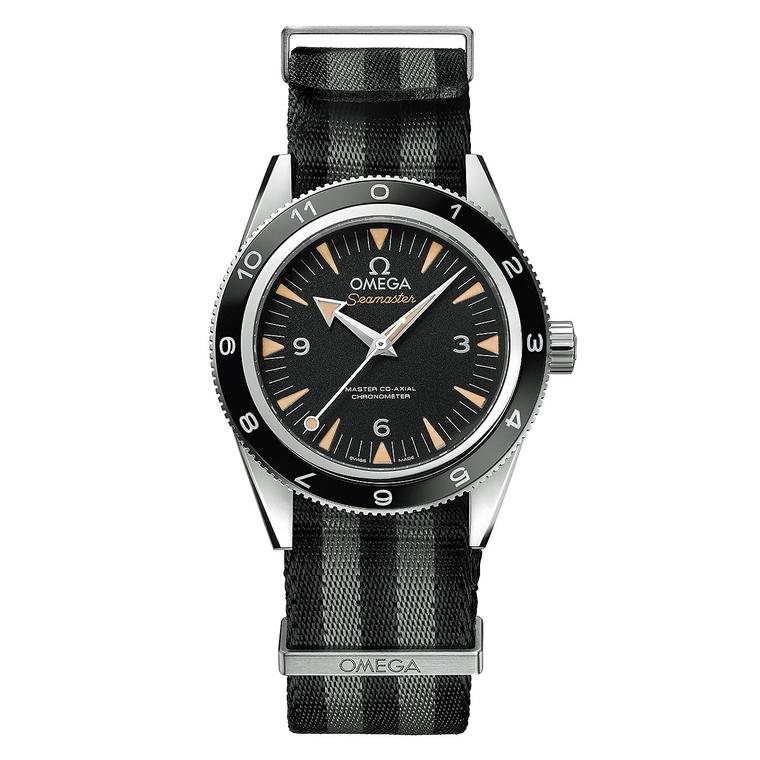 They say that imitation is the most sincere form of flattery, and the figure of James Bond is revered around the world as a style icon. Judging by the proliferation of websites merchandising everything from the light-blue La Perla swimming trunks worn by Daniel Craig in Casino Royal to the Royal Doulton Jack the Bulldog figurine – a present to Bond from “M” in Skyfall – the fascination with everything the spy touches has not abated. And as everybody who follows Bond’s every move already knows, this year 007’s James Bond watch of choice in Spectre will be, once again, the Omega Seamaster.

Read more about the licence to thrill Omega watch

Why 007 wears an Omega watch is not the question here; that was decided almost 20 years ago when Omega secured a franchise to time the spy’s missions. The question is what features does the Omega Seamaster 300 watch offer the British spy to accompany him on his death-defying missions?

Like author and creator Ian Fleming, James Bond is ex-Royal Navy so a watch that is associated with diving makes tactical sense. Omega’s Seamaster collection has been going strong since 1957 and, like the Rolex Submariner, was designed specifically for divers and professionals who worked underwater. Rugged, water-resistant and legible, the Omega Seamaster watch has been beefed up over the years and can now tackle depths of 300 metres and, perhaps even more useful for a spy in our magnetically contaminated world, the watch is resistant to magnetic fields greater than 15,000 gauss (equivalent to the radiation emitted by an MRI machine).

Read more about the history of James Bond watches

Magnetism is one of the great enemies of the mechanical watch, and when Omega introduced its superior anti-magnetic movements – without recurring to the traditional solution of using a soft iron case – a new industry standard was imposed. The new master Co-Axial calibre 8400 movement powering this watch is not just a formidable foe in the fight against magnetism, it is also loaded with two barrels for a sturdy 60-hour power reserve.

Timing is of the essence on any mission and another feature on the new James Bond watch is the incorporation of a 12-hour timing scale on the bi-directional black ceramic bezel. Unusual for a dive watch but eminently practical, the 12-hour bezel can be used as a GMT function to check the time back at HQ or additionally as a timing aid.

Working in dark, hostile environments is part of the job and any aspiring agent will appreciate the generous luminescent touches in vintage beige Super-Luminova. The hands, hour indices and the vital seconds hand which terminates in a lollipop-shaped tip have all been coated with luminescent material allowing for precision countdowns even in the darkest environments.

But let’s face it, no matter how well equipped Bond might be, he always looks great and this 41mm stainless steel Seamaster 300 Spectre watch looks just as sharp with a tuxedo as it does in an action scene thanks to its sand-blasted black dial and the classic 1950s Broad Arrow hour hand. Adding an extra dose of cool military appeal is the black and grey striped NATO strap.

For Bond fans, a 007 gun logo and the name Spectre are engraved on the strap holder and the caseback, along with the serial number. The bad news is that this James Bond watch is a limited edition of just 7,007 watches, so it’s time to flex some muscle and outwit the other aspiring agents in the battle to brandish a watch like Bond.