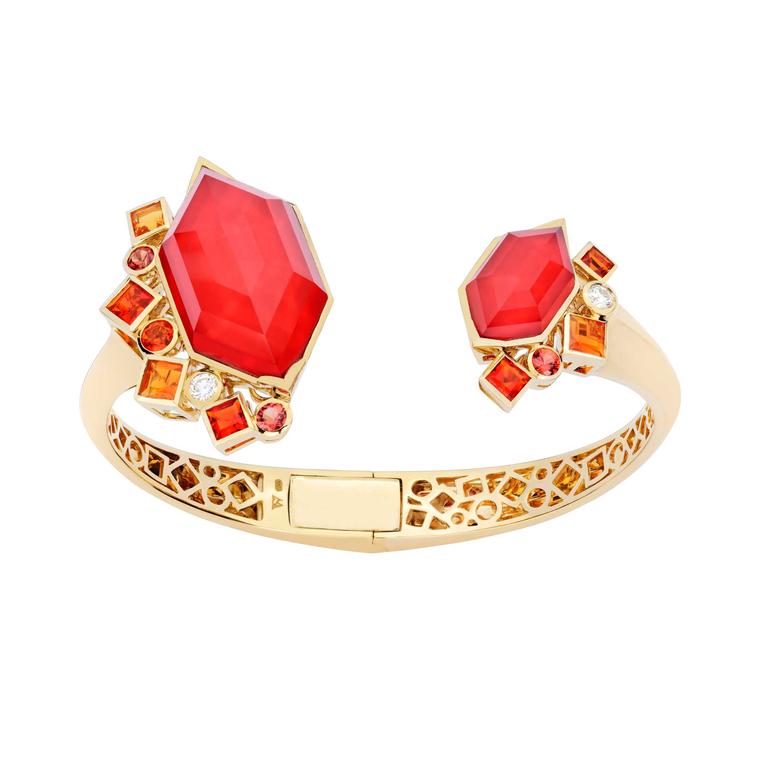 Global fashion trends, music and pop culture have long been heavily influenced by Great Britain, and 2015 proved that this tiny island continues to be a leading light when it comes to jewellery designers.

Stephen Webster, Theo Fennell and Shaun Leane have long been considered the holy trinity of British designers, and each continued to delight in 2015, both at home and abroad. It was a year of yet more accolades for this trio, with Webster winning the Design prize at the Gem Awards in New York in January, Leane being crowned Best International Jewellery Designer at the Andrea Palladio International Jewellery Award in Vicenza in September, and Fennell – who is a tireless champion of new talent – hosting his own awards for young craftspeople in association with both the Royal College of Art and the Goldsmiths’ Craft & Design Council’s Craftsmanship & Design Awards.

Other British designers making noise in 2015 included London-based Solange Azagury-Partridge, who celebrated 25 years in business with the aptly named Everything collection. This featured new twists on her most iconic designs, as well as a collaboration with Amazon to make her famous Hotlips ring accessible to the masses. And Cassandra Goad marked 30 years of her boutique near London’s Sloane Square with a vibrant collection inspired by her recent travels to Brazil.

A hop across Sloane Square leads you to the boutiques of two more jewellery designers who both celebrated anniversaries in 2015. A maestro when it comes to coloured gemstones, Kiki McDonough marked 30 years by paying homage to her love of the ballet with a collection called Lauren, inspired by British ballet dancer Lauren Cuthbertson’s performance in Alice in Wonderland. Just around the corner, Annoushka Ducas, who founded Links of London before setting up luxury jewellery brand Annoushka, celebrated 25 years with an exhibition titled Milestones, which played on themes such as family, heritage, eclecticism and collaboration. Elsewhere, Bond Street brand Boodles launched a well-received ballet-inspired collection called Pas de Deux, while Glenn Spiro shook things up at Harrods with his exquisitely crafted luxury jewels made with alternative metal titanium.

As well as heritage jewellery houses, Britain is famous for fostering new talent and boasts some of the most exciting jewellery schools in the world, as well as attracting top young designers to live and work in its major cities. Some new names to watch out for include Tessa Packard, who kicked off 2015 with the humorous Fat Free collection of fine jewellery resembling fried eggs and pretzels, and Flora Bhattachary, whose carved amethyst rings and darkly alluring Tahitian pearls won her a stream of accolades throughout the year. Polly Wales also had a stellar year in 2015 with her trademark gold jewels decorated with submerged gems. They attracted so much international attention that the British designer was busy setting up an HQ in the sunnier climes of Los Angeles as 2016 rolled in.