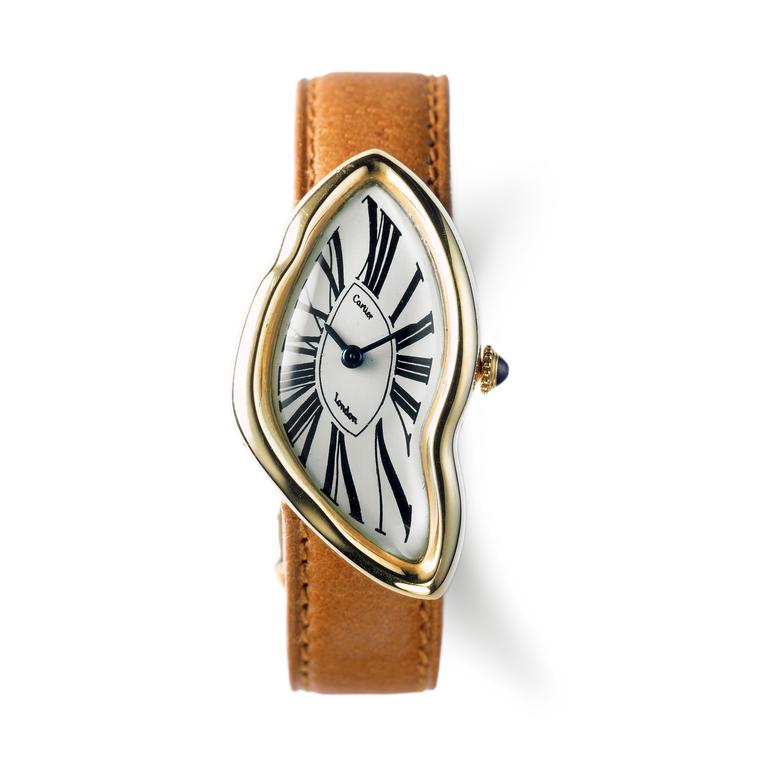 Creativity can come from the most unusual places, but if it’s in the hands of Maison Cartier, even the silhouette of a war tank can ignite the imagination. Dreamed up by Louis Cartier in 1917, the streamlined case and bracelet of the legendary Tank watch were inspired by a bird’s eye view of the Renault tanks used on the Western Front in the Great War. One of the most iconic watches in history, the Tank paved the way for even more creative flights of fancy.

Fifty years later in “Swinging London”, an even more bizarre source of inspiration was to be the genesis of the Crash – a timepiece oozing with groovy surrealism and edgy defiance. According to most accounts, Jean-Jacques Cartier, head of Cartier London at the time, was inspired by the remains of a Cartier timepiece retrieved from a blazing car crash. Melted and distorted almost beyond recognition, the mangled Baignoire Allongé model is the purported muse behind the Cartier Crash watch.

Urban legend or not, the unconventional Crash watch, with its asymmetric contours and underground appeal, was snapped up by the trendsetters of the late 1960s, including designers Mary Quant and Tommy Nutter. The original Crash watch was presented in a gold case with a white dial and psychedelic Roman numerals, with the words Cartier London printed in the centre of the dial and a barrel-shaped LeCoultre calibre hidden under the caseback.

And this is the astonishing fact about the Cartier Crash watch: no matter how surreal the warped case might look, reminding you of one of Dali’s melting pocket watches in his painting The Persistence of Memory, it is still 100% Cartier. The classic Roman numerals, the blued steel baton hands, and the sapphire cabochon leave no doubt whatsoever about its provenance.

Re-issued in the early 1990s and in a collection of ladies’ watches in 2013, these Cartier watches of the past two years drive the timepiece back into male terrain. In 2015, the platinum Cartier Crash Skeleton did a Full Monty and decided to reveal the movement  – calibre 9618 MC – in all its mechanical glory. This posed a very real problem for watchmakers because one thing is to play with the shape of the case, quite another to get the movement to follow the irregular lines of it. The answer was to “crash” the movement and conceive a whole new engine revealed through the Roman numerals on the dial and the sapphire crystal caseback.

For 2016, the Cartier Crash Skeleton has been revisited in a sumptuous pink gold case. Keeping in line with its profile as a highly sought-after collector’s trophy, these iconic watches will be issued in a limited series of just 67 pieces.