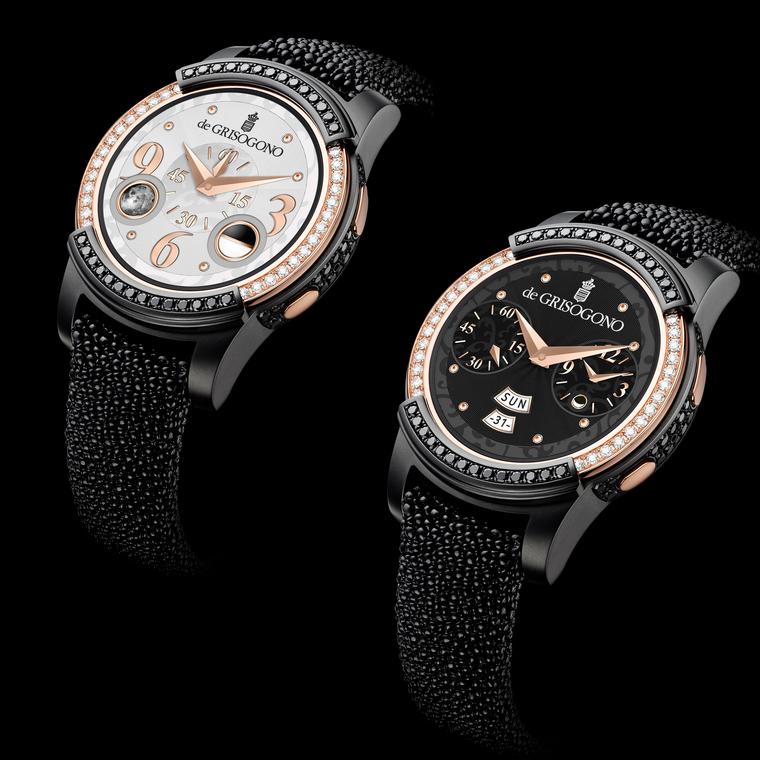 As less ink is now being spilt over the smartwatch debate, with brands such as Montblanc and its hybrid watch proposal of 2015 suddenly gone mum, and the tech giant from Cupertino refusing to share sales figures for its Apple watch, the phenomenon of smartwatches, or connected watches, seems here to stay.

Beyond the prediction of smartwatches denting the lower-priced quartz section of the market – which they are inevitably doing – there was a reasonable belief that high-end mechanical watch players wouldn’t be affected, or at least that brands espousing the crusade of mechanical movements wouldn’t dabble in the wearable technology market. While it is only fair to say that the incorporation of digital technology has been adopted by just a few high-end watch brands, it does open a fascinating chapter in the ongoing saga.

In a bid to give the cold, more sterile aesthetics of smartwatches a touch of warmth, Apple watches have materialised in gold cases and on fancy Hermès leather straps. However, nothing could have prepared us for the de GRISOGONO watches unveiled at Baselworld 2016. As you know, de GRISOGONO is renowned as a flamboyant high-end jewellery brand with a line-up of extravagant mechanical watches destined for the dolce vita crowd. Fawaz Gruosi, the suave gentleman playboy behind the creations, and the man who put black diamonds on the jewellery and watch scene, seemed to be the least likely candidate to go for a smartwatch. Rowing directly against the current to produce smartwatches at competitive prices, de GRISOGONO rolled out the impressive Samsung Gear S2 to great fanfare and with a price tag of around US$15,000.

At first glance, the watch looked like a typical glamour-packed de GRISOGONO timepiece bristling with black and white diamonds and presented on a bubbly galuchat strap. The dial even had a very de GRISOGONO layout with hours and minutes, and a Moon phase and power reserve indicator, until somebody swivelled the bezel and the scenery changed. Unlike many smartwatches that need their screens prodded, the diamond-set bezel is the steering wheel to access all the functions. Like the Apple watch, the de GRISOGONO requires a Samsung smartphone or an Android device to function, but has a much better battery life than most of its competitors and more than enough voltage to get you noticed.

Frédérique Constant, the Swiss brand that proves over and over again that mechanical watches don’t have to cost the price of a house, was also one of the first brands to jump on the smartwatch wagon. Launched in 2015, its Horological Smartwatch, with a price tag of £950, comes in a 42mm rose gold-plated steel case with a handsome analogue navy blue dial, which looks like a classic men’s watch with real hands and applied indices and numerals. Powered by MotionX® with activity and sleep-monitoring functions displayed in the subdial at 6 o’clock, these Frédérique Constant watches incorporate a useful worldtimer function. Unlike other smartwatches that struggle with the issue of battery life, this model thrives on a quartz battery that won’t need replacing for two and a half years.

TAG Heuer has undergone a dramatic repositioning exercise and, with its younger client base in mind, unveiled the TAG Heuer Connected watch in December 2015. The idea from the outset was for the watch to look like a “real” TAG chronograph, with a proper 46mm titanium case with a choice of dials, complete with shadows under the hands. Intel and Google collaborated on the project, and while the dial and hands are permanently exposed on the dial, the partner applications appear in the three chronograph counters. If there is something that interests you, by touching the counter on these TAG Heuer watches, the application opens in full screen mode.

Retailing for £1,100, TAG’s Connected watch is available with a host of applications and screen savers co-designed by brand ambassadors such as Cristiano Ronaldo and David Guetta.

What is very revealing, though, is the proposition TAG Heuer makes to its connected watch clients. Once the two-year warranty period has elapsed, for a highly discounted price, customers can go to the TAG Heuer store “to exchange the TAG Heuer Connected watch for a mechanical Swiss-made Carrera watch”.

Is that a way of giving your customers a prize when technological obsolescence kicks in? Or is it a clever marketing strategy to win over today’s younger buyers to the timeless beauty of mechanical movements? Only time will tell.