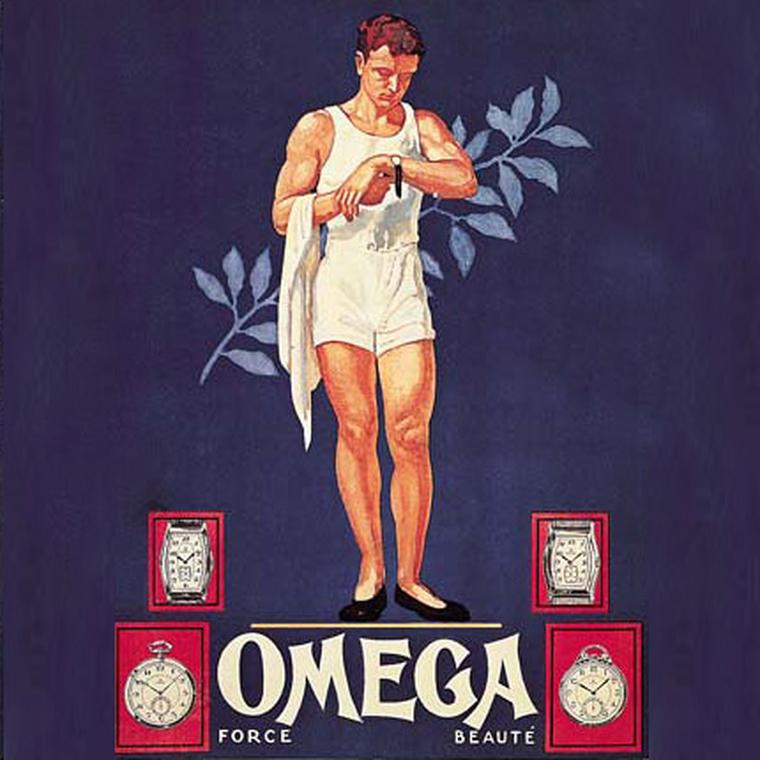 With the Olympics 2016 on the horizon, we take a look at the evolution of Omega’s timekeeping equipment, which has revolutionised the way an athlete’s performance is measured and determines who will rightfully gain a place on the podium. As Olympic athletes are stronger and faster these days, victories are often secured by milliseconds that no human eye can detect.

Timing has come a long way since Omega’s debut in the 1932 Los Angeles Olympics when the Swiss brand sent over a wooden case with 30 high-precision chronographs and a timekeeper to operate them. Capable of capturing times to the nearest 1/10th of a second, these Omega watches timed 17 new world records and initiated an era of exactitude in sports timing.

As Omega prepares to ship 450 tonnes of timekeeping equipment, 200km of cable, and prep its 480 timekeepers for Rio 2016, let’s take a look at some of Omega’s milestone innovations that have changed the panorama of competitive athletics.

The 100-metre sprint is one of the most popular and prestigious Olympic events. The fastest man in the world today is Jamaican runner Usain Bolt. With his 9.63 seconds Olympic victory secured in London 2012, all eyes will be glued on the track to see whether six-time Olympic gold medalist Bolt can retain his dominion of the sport.

Omega is involved in every minute of the 100-metre race and has developed equipment for each step. In the early days, the sound of a pistol being fired into the air was used as a start signal, but because sound travels slower than light, the runners closest to the pistol would hear the signal a fraction before the others and enjoy a slight advantage over the rest. To counter this problem, Omega developed an electronic starting pistol first used in the Winter Games of Vancouver 2010. The flashgun is connected to loud speakers placed behind each runner’s block so that they all hear the signal simultaneously.

As the athletes take their position on the blocks, waiting for the start signal, an immense hush falls over the stadium and Omega’s second piece of equipment kicks in – the sophisticated pressure sensors in the starting blocks that measure the athletes’ reaction times. If the sensors detect a reaction time of less than 100 milliseconds after the start signal, a false start is declared and the athletes are forced to return to the blocks. Omega’s false start detection device was introduced during the 1984 Olympics, the very games that immortalised American athlete Carl Lewis with four gold medals.

Assuming all goes well, the athletes will bolt down the track towards the finish line, lunging their torsos forward in order to obtain an advantage over their adversaries. This is where one of the greatest revolutions in sports timekeeping comes into play. Developed in the UK and first used in the 1948 London Olympics, the “Magic Eye”, or photofinish camera, was capable of pinpointing the exact position of athletes on the finish line and resolved disputes such as the historic 100-metre final in which two American runners, Harrison Dillard and Barney Ewell, clocked the same time of 10.3 seconds. After consulting the photofinish images, the judges appointed Dillard the winner.

Four years after the 1948 Olympics, Omega released the next generation of photofinish cameras, allowing timekeepers to deliver results within hundredths of a second. This year, Omega’s new Scan ‘O’ Vision MYRIA, a combination of a time detector and chronograph capable of shooting up to 10,000 digital images of one vertical line per second, will be deployed for action on the track – the ultimate arbiter in every race.

Omega is also responsible for the introduction of photoelectric timing. Developed for the 1948 Olympics and replacing the limited capabilities of the human eye, a beam of infrared light running back and forth across the finish line activated the stopwatches as soon as a runner’s body hit the beam. With readings of the nearest 1/1000th of a second, Omega’s photoelectric timing device made the finishing tape redundant.

For the Olympics 2016, Omega will be introducing the next level in technology and increasing the number of photocells at the finish line from two to four for incontestable accuracy. The millisecond the runner has passed the line, the photocells transmit the time to the Omega scoreboards in the stadium and, for those of us not fortunate enough to be enjoying the event live in Rio, on our television screens.

When you consider how much effort, training and sacrifice athletes around the world invest in their performance, it is reassuring to know that at least one of the variables won’t fail them in the Olympics: fair timing.

As with every Olympic appearance, Omega commemorates the occasion with the production of two limited-edition watches destined to spark intense sprints among collectors to secure their trophy.