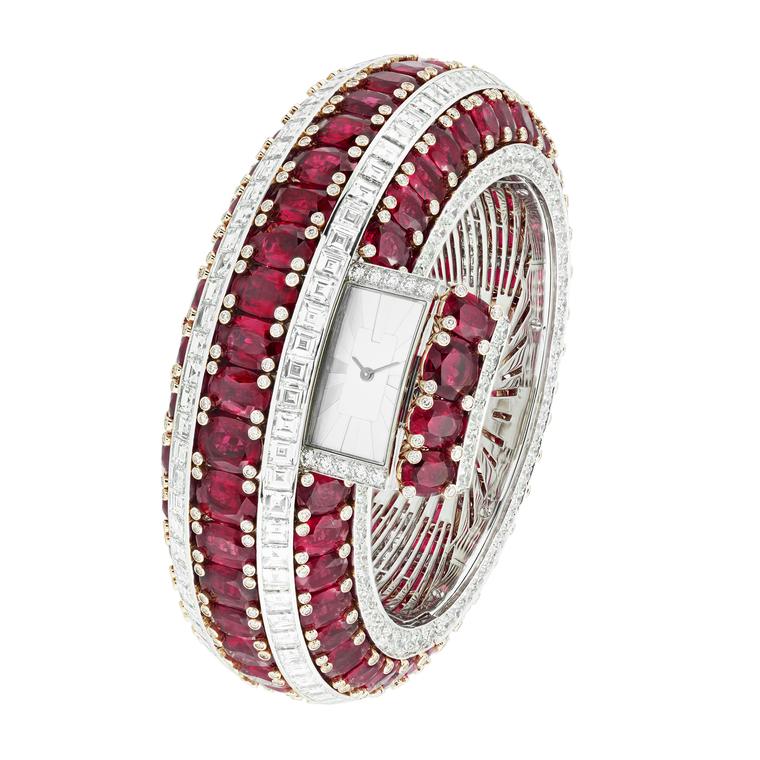 They say you can have it all, and when it comes to women’s watches, it seems that this could well be true. We are in the midst of a renaissance of the art of the jewellery watch, and watchmakers are bending over backwards to woo the most demanding of divas.

The Salon International de la Haute Horlogerie, held in Geneva every January, is where you will find the finest bejewelled timepieces. Here is our pick of the three most indulgent diamond watches, as spotted at the SIHH salon.

Packing a sparkling punch, the Diamond Fury cuff watch by Audemars Piguet is set with just under 5,000 diamonds and follows on from the success of the award-winning Diamond Punk watch of 2015. This rebel treads where few others dare and adds drama with its strong looks and daring architecture.

In a more traditional style, the stunning Van Cleef & Arpels Ruby Secret watch is inspired by a timepiece made by the house in 1945. In the tradition of jewellery watches of that era, a secret dial is hidden in a sliding drawer under a magnificent bracelet set with 115 deep red Mozambique rubies, which weigh just over 151 carats. Each stone is masterfully set into a bracelet that took 1,500 hours of work.

The unlikely combination of high-tech carbon – which is 10 times lighter than gold – and 66 electric-blue Paraiba tourmalines makes for a showstopper of a watch. Like an haute couture gown, Roger Dubuis makes an audacious move with the Black Velvet watch, which brings a modern edge to luxury horology.