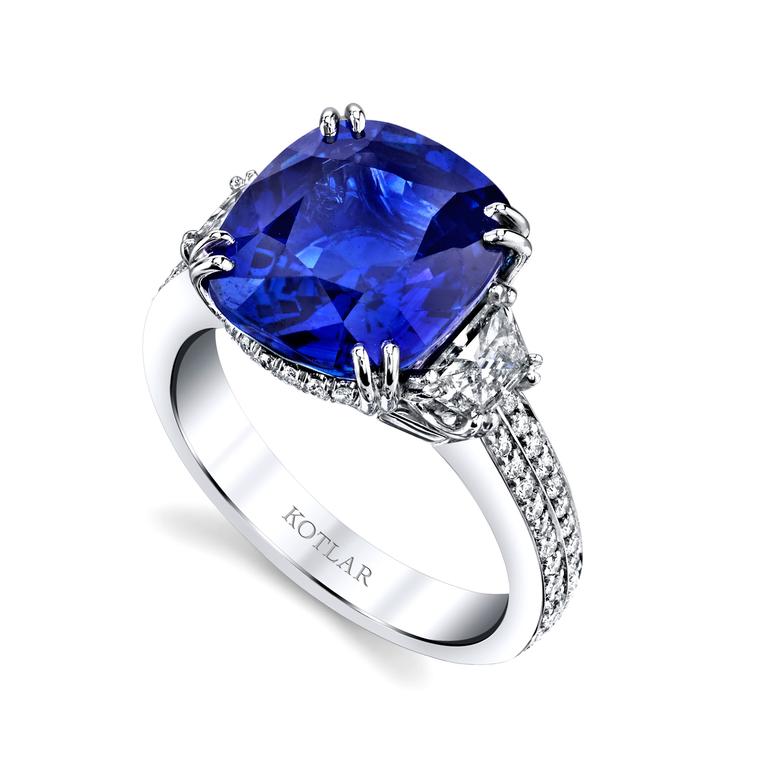 David Wiener, the third-generation president of Harry Kotlar, prides his company on combining the highest-quality gemstones with proprietary cuts and techniques, to create diamond jewelry that is as much a family heirloom as it is red carpet fare.

The family-owned business was founded almost 70 years ago by David’s grandfather Harry Kotlar, who, after surviving World War II, brought his family to the United States. Initially starting out in the clothing business in Los Angeles, his natural charm and emphasis on customer service meant that he quickly made a name for himself. Shortly thereafter, he and his wife Helen began a side business selling the gemstones that Harry’s diamond-cutter brothers sent from Israel. Business was so brisk that Harry eventually quit the clothing industry altogether and took the diamond-dealing business full time.

Meeting and surpassing the needs of his customers continued to be paramount in his eyes. “My grandfather prided himself on quality, service and reliability,” says David. As well as offering the finest-quality loose stones, Harry also made a selection of finished diamond jewelry for clients. However, it wasn’t until David joined the business in 1987 that the company began to design and create Harry Kotlar-branded gems.

In 2000, David created the Artisan Pavé technique by which his team of skilled craftsmen carve intricate designs into gold and platinum entirely by hand, thereby securing melée diamonds into the metal. The result is mesmerizing in its detail and variety. The Bloom diamond necklace features a Persian-inspired, symmetrical flower design that elegantly highlights a central solitaire diamond, while the Scallop Artisan Pavé band, featuring tightly packed diamonds, is one of the brand’s best-selling designs.

In 2003, David added the Kotlar cushion cut. “I took the antique cushion shape and created a 61-facet pattern to maximize a diamond’s refraction and light,” says David, adding, “it is the world’s most brilliant cushion-cut diamond.”

With such large and impressive gemstones on offer, it is no surprise that Harry Kotlar jewelry is worn by some of the world’s biggest celebrities. Rihanna, Zendaya and Jennifer Lopez are among those seen wearing the jeweler’s diamonds. Oscar winner Rachel McAdams also wore Harry Kotlar jewelry to this year’s SAG Awards.

So what would David’s self-made grandfather make of all this success? “I think he’d be extremely proud,” says David.

For those without a superstar bank balance, the jeweler has created the Kotlar 1948 collection – a line of beautifully detailed contemporary pieces such as the Artisan Pavé teardrop pendant. Now Harry Kotlar’s craftsmanship is something that every woman can enjoy, no matter her age or budget.