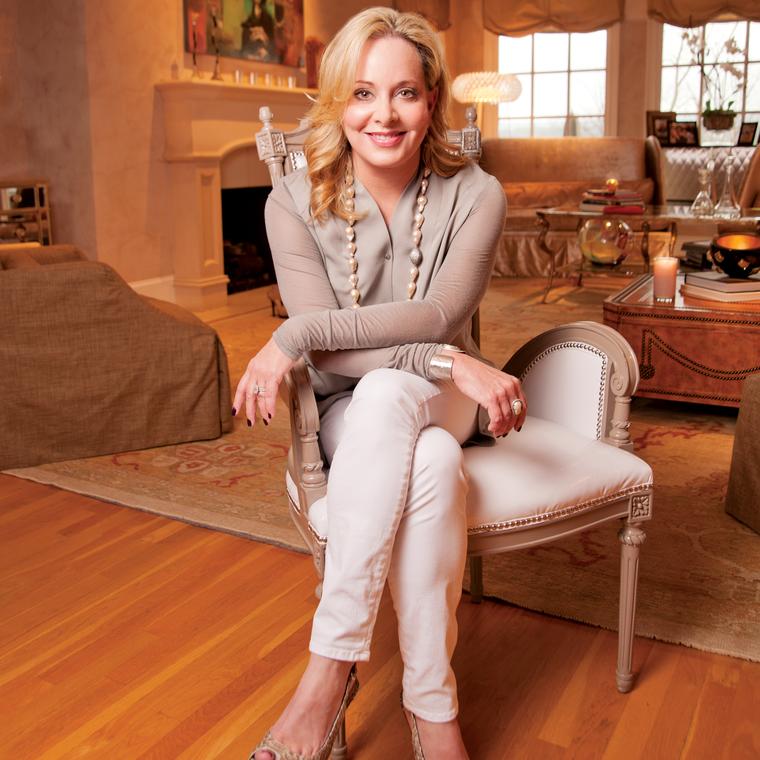 Thanks to designer Theresa Bruno’s artistic eye and effortless sense of style, Jordan Alexander jewelry embodies a relaxed luxury that you can’t help but fall in love with. “I love a luxe look, but I want it to be comfortable and to carry you from day to evening,” she explains of jewels such as her signature tasseled pearl sautoir, which mixes the soft colors and textures of baroque Tahitian pearls and pale green beryl, moss aquamarine and green garnet, with a flash of dusky pink tourmaline.

Originally from central Florida, Theresa didn’t have to look far to be inspired. “I had a fabulously fashionable grandmother who was dressed to the nines in a hat and pearls every day,” she says. The designer has always had a passion for jewelry. “It was the only gift I ever wanted,” she adds.

The Juilliard graduate was initially destined for a career in music, but this was cut short after she injured her hand and had to retire from performing. Theresa eventually found a creative outlet while working in advertising in Los Angeles, where she found herself inspired by the city’s jewelry district, “I spotted the most beautiful pearls I’d ever seen: large, peachy baroque pearls that I didn’t realize back then were brand new to the US market.”

This lucky find quickly captured the attention of everyone who saw her wearing them, and a friend recommended she talk to industry maven Janet Goldman of Fragments for some advice. Janet’s reaction was life changing. “She asked for 30 new designs in two weeks!” laughs Theresa, who says that until this point she didn’t even know whether she was destined to pursue jewelry as a career.

That order came eight years ago and Theresa’s collection has since grown to include unusual color-rich gem slices of deep-ocean-blue azurite and purplish-blue charoite, as well as the pearl slices and diamond pavé settings that set her off on this path.

She gives edge to the classic pearl necklace by wrapping the pearls in delicate chains of mixed gold, while her London blue topaz and azurite drop earrings mix faceted and organic gem cuts in ocean-deep shades of blue and green. It makes for an unconventional and enticing contrast. “I like things that are organic and disorganized, it goes with my artistic personality,” she explains.

Now based in Birmingham, Alabama, Theresa owns a store offering her own designs as well as those of other jewelers, including Buddha Mama and Sorellina. She also likes to feature up-and coming designers to offer them the same support she received early on in her business.

Recent pieces such as her gold cuff – and matching ring – suggest the emergence of a bolder, more confident aesthetic, with bold stripes of white diamond pavé. That said, their uneven edges and hammered finish mean this is still very much laid-back luxury that can carry you from day to night.

For someone who embues such a relaxed aesthetic, Theresa is a busy lady, with her latest Jordan Alexander jewelry collection about to be unveiled at Paris Fashion Week. Marking a further evolution of her style, she says it includes more design-led pieces, including bold cabochons in a rainbow of colors and wrapped in diamonds. We can’t wait to see it hit the stores.